What is the Cutoff (CO) in Poker?

The position at the poker table to the direct right of the button. Provides a good opportunity for stealing the blinds. 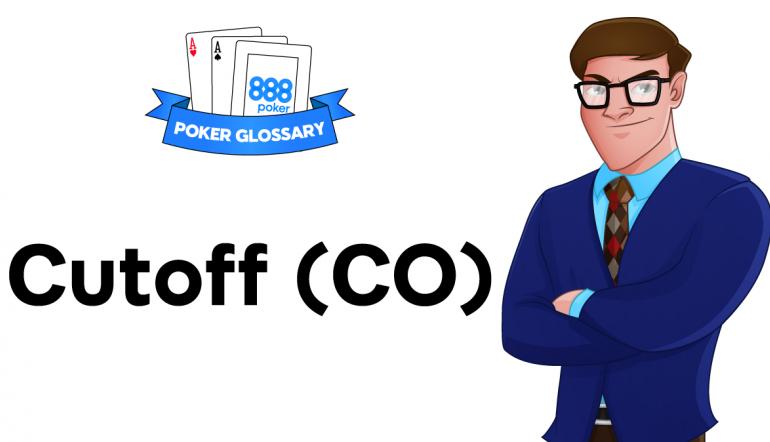 Why is it Called the Cutoff in Poker?

There are two common theories.

These are just theories, no-one knows for certain where this position at the poker table gets its name.

Is it Possible to Steal from the Cutoff?

Which Hands Should We Open Raise in the Cutoff?

How Should We Play Against Open Raises When in the Cutoff?

We should treat open-raises with a measure of respect when in the cutoff seat. This is because middle and early position open raises are usually made with a strong range. A typical cash game player might cold-call around 7% of the time and 3bet around 6% of the time. Most of the time we should therefore be folding in the cutoff when facing an open raise.

What is a Good Cutoff Winrate?

Winrates from the cutoff will vary depending on the format, but a good cash game player typically expects to see a winrate of around 24bb/100 hands from the cutoff seat. Winrates significantly lower than this may indicate leaks with the way we are playing from this position.

How Should We Play Against Cutoff Open Raises?

Cutoff open-raises do not necessarily indicate a large amount of strength (although they are definitely stronger than button open raising ranges on average). This means we should be defending actively from the button, small-blind and big-blind when facing a cutoff open raise.

Do All Poker Variants Have a Cutoff Seat?

Only games with a button and small-blind/big-bind payments have a cutoff seat. Some poker variants such as stud base table position on the strength of visible cards (upcards) and therefore don’t use the same position names as variants such as Hold’em and Omaha.

The cutoff is the second most profitable seat at the table after the button so it’s important to know how to play from this position. The cutoff can be especially profitable when the player on the button is overly tight giving us frequent access to the blinds. For more specific advice on playing from the cutoff in cash games, why not check out this strategy guide to playing in the cutoff.