This guide is critical for our strategic plan when in the CO (Cutoff). We’ll use NLHE cash games examples, but many ideas will apply to other formats. 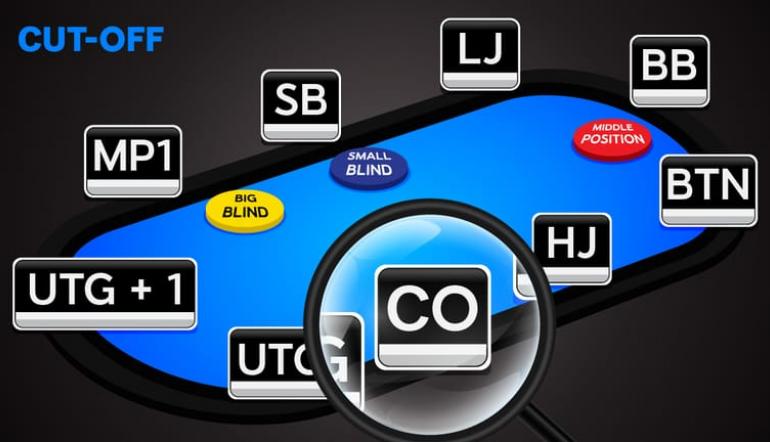 This basic guide will give us a strategic outlook when playing in the CO (cutoff). We’ll select examples from NLHE cash games, but many of the concepts will translate into other formats such as tournaments or PLO.

Let’s recap on the key features of the CO (cutoff).

The most profitable scenario is where the action gets folded around to the CO preflop, allowing us to open raise. Good players look to play somewhat aggressively on the CO, raising about 27% of their holdings.

A late position open is referred to as a “steal attempt”, due to the excellent chance to win the blinds without needing to see a flop.

The CO makes a successful steal if both blinds AND the BTN (button) fold. We prefer not to get action from the BTN since it means we will be out of position postflop.

Although open raising is the most profitable CO scenario, we also have the option to attack open raises from the earlier positions either by cold calling or 3betting.

It’s difficult to play too aggressively in this scenario.

1. Our cold calls can easily get squeezed by the BTN, SB (small blind) or BB (big blind).

3. Since we are playing against the HJ (hijack) and earlier, we are typically facing a relatively strong opening range.

As such, cold calling and 3betting will be a smaller part of our strategy relative to the BTN.

Strategic Outlook in the CO

Steal somewhat aggressively when folded around to us. Occasionally look to leverage our positional advantage with cold calls and 3bets when facing opens.

Sample Ranges From the CUTOFF

Let’s take a look at some sample defending ranges from the small blind when playing a 100bb NLHE cash game. Remembering precise combinations is not essential, but we should have a good general feel for how wide we go in each spot. 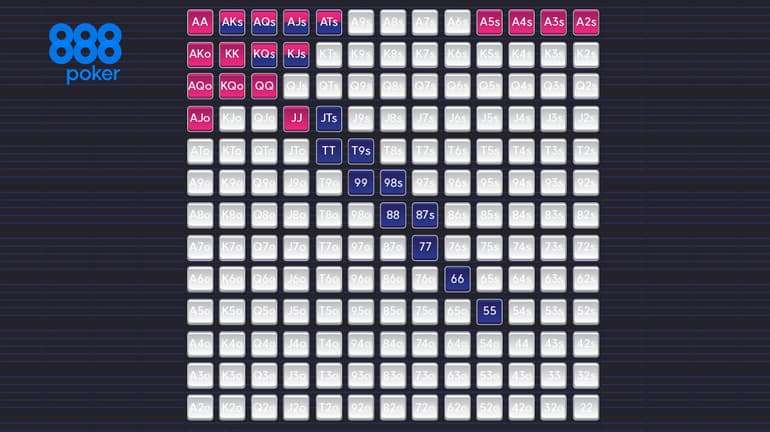 This sample range is for defending against a HJ 3bb open-raise. If the HJ open-raises smaller we should defend wider, but more on that later. Note that the 3bet (re-raise) range is heavily weighted towards high-equity holdings. It makes sense, not to 3bet bluff speculative holdings in the majority of games since players are not folding as much as they are supposed to when facing 3bets. 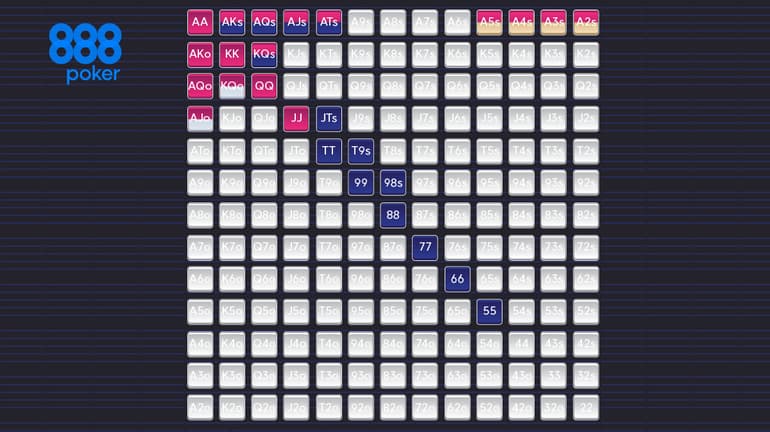 There is not a significant difference in our strategy when defending against a LJ (lojack) open as opposed to a HJ open. However, good players will still make some small adjustments to their range. Note that we are defending a tighter range when facing a LJ open because the average LJ opening range will be stronger than the average HJ opening range.

“Raise-first-in” means to open-raise preflop after it gets folded around to us. As mentioned, we should look to raise somewhat aggressively in this scenario since we have a reasonable shot at being able to take down the blinds. 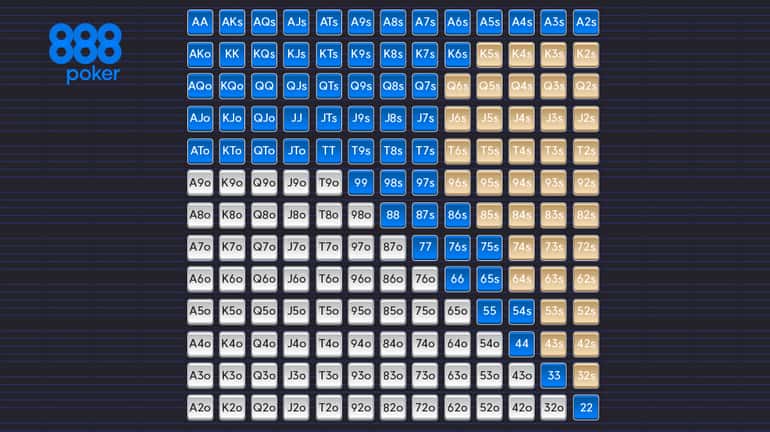 This raising range works out at about 27% of holdings. We raise aggressively with the hopes of picking up the blinds, but we do still have some limits as to how wide we can go. If we attempt to open-raise too aggressively, this is something that competent opponents on the BTN or in the blinds can exploit.

Having said that, if there are weaker players or big folders in the blinds, it’s not unheard of that players are able to profitably raise up to 40% of holdings on the CO. This strategy would be too wide by default, however.

If we are playing aggressively from the CO, we are going to run into 3bets from the blinds from time to time. The following sample range gives us an idea regarding what we should call and what we should re-raise (4bet). 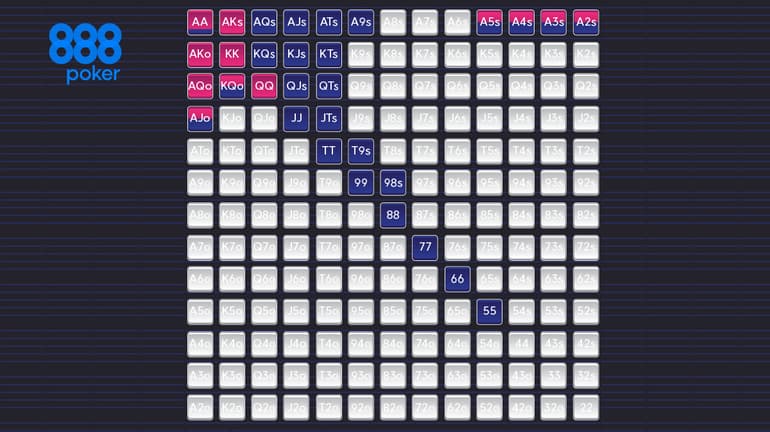 Note that we tend towards re-raise (4betting) with high-equity hands only. 4bet bluffing is not incentivised in most environments since the average Villain does not fold as much as they are supposed to vs 4bets. Assuming the 3better is on the BTN rather than in the blinds, we should look to respond with a tighter range. 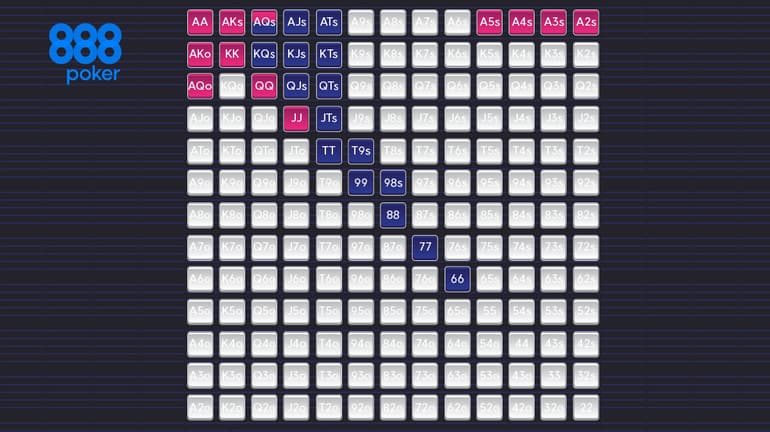 It’s essential to understand that the sample ranges should be used as a rough guide, rather than a set rule. In practice, we will end up changing these defending ranges based on several variables. A good understanding of these variables will help us to make high-quality decisions on the fly.

Villain’s sizing – The larger our opponent’s openraise (or 3bet) sizing, the tighter we defend.

Reads – E.g. our opponent folds too much to 3bets, we can 3bet more aggressively.

Steals – If the blinds fold too much, we can open raise the CO wider than 27%.

Cold-calls – If the BTN/blinds are tight and rarely squeeze, we can get away with cold calling more hands in the CO.

Iso-Raising – This occurs when we raise from the CO, facing an open-limp. Seeing as we are likely to be in position postflop, the CO is a very reasonable seat at the table for iso-raising.

We can hence raise aggressively (although usually not quite as aggressively as our raise first in range from this spot. 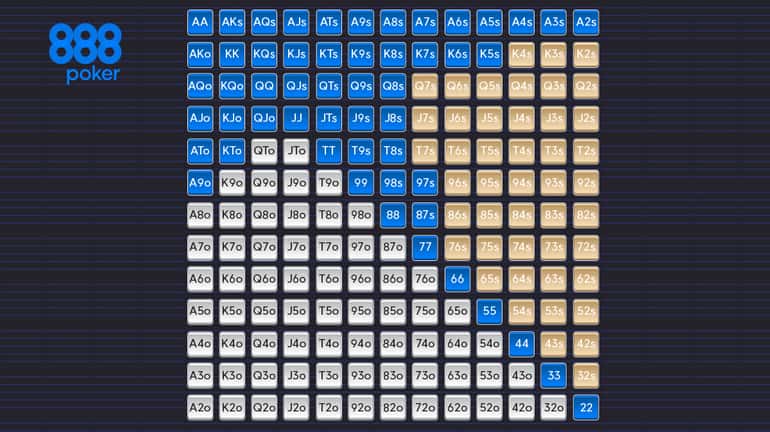 For the sake of comparison, here is what a CO squeezing/overcalling range might look like when facing a LJ open and a HJ call.

Note that this is the only possible squeeze scenario from the CO when playing on a SH (short-handed) table. 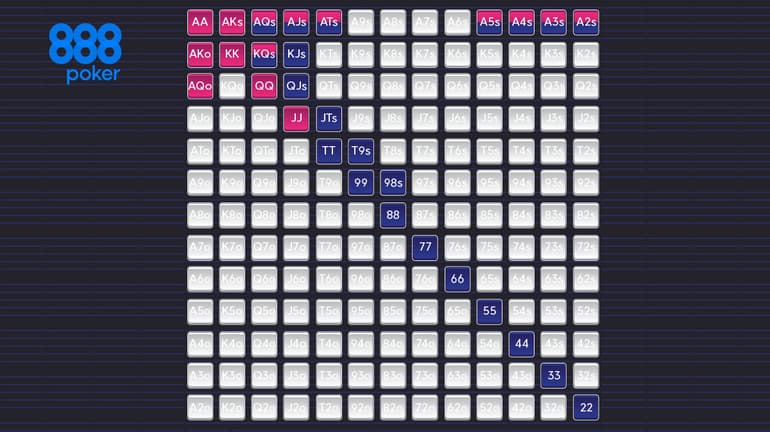