Follow along as we delve into the theory of RFI (raise-first-in) NLNE strategy. Discover which hands you should be raising and from which positions. 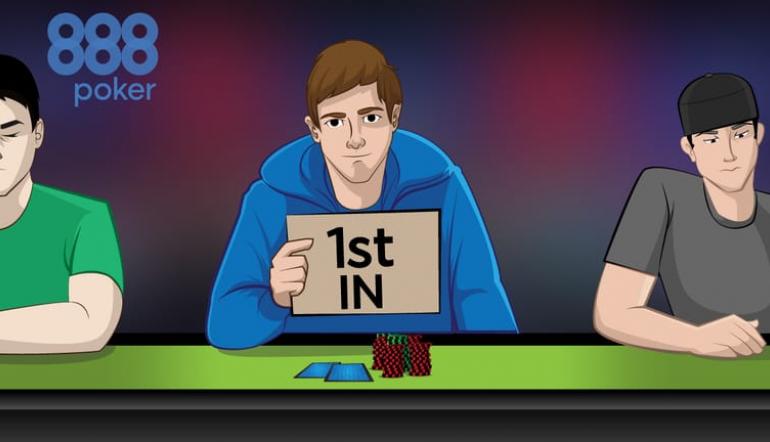 RFI stands for raise-first-in and occurs when the action is folded around to us preflop, and we raise. This move makes us the first player to enter the pot voluntarily.

The following will be a guide to RFI strategies in No-Limit Hold’em.

We will consider the following topics -

RFI stands for raise-first-in (aka “open-raise”).It describes a situation where the action is folded around to us preflop, and we raise, being the first player to enter the pot voluntarily.

Note that it should only be considered an RFI situation when there are no limpers before us. A raise against limpers should instead be referred to as an “isolation raise” or “iso-raise” for short.

Any time we open-raise we get a shot at taking down the blinds uncontested. As such, raising-first-in is typically more profitable than other preflop actions such as cold-calling or limping.

New players often tend  to limp in (just call the minimum) when the action is folded around to them preflop. However, by doing this, they sacrifice the chance to win the blinds. The first simple rule of RFI strategy is hence as follows.

If our hand is not strong enough to open-raise, it’s usually better to fold. The only real exception to this is SB (small blind) play where many professional players employ an open-limping range (known as SB completing).

This play is done for advanced reasons, however. It’s recommended that newer players get into the habit of either open-raising or folding from every position when given the opportunity.

The range of holdings we raise-first-in should be different depending on our seat location. The later positions are more profitable and allow us to open-raise wider.

The following table shows each position at a poker table along with its recommended raise-first-in frequency.

This table is designed to provide rough frequencies for both full ring and short-handed (6max) cash games. The earliest position on a 6-max table is the “lojack” although it is generally referred to as “UTG” in the context of a short-handed table.

It’s one thing knowing the frequencies from every position, but how does that translate to actual hands or hand-ranges? The following charts give a rough representation of actual RFI ranges based on the RFI frequencies in the above table.

This percentage will partly depend on our preference and partly on our opponent. 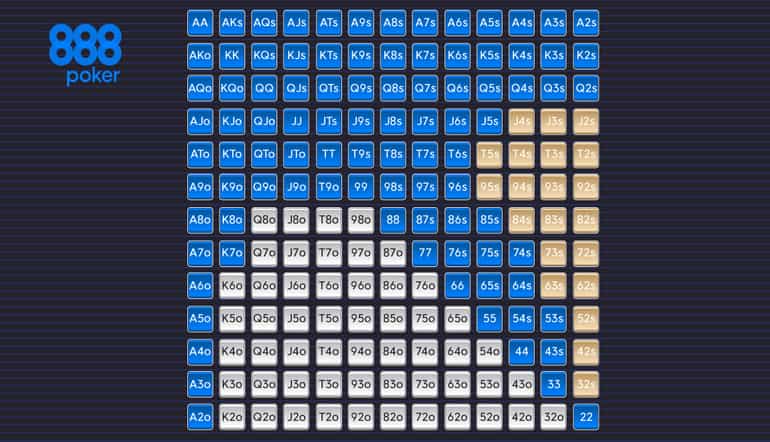 Many players open significantly wider than 48% on a regular basis. We’ll discuss the reasons for this in the section on BTN stealing.

The SB chart shows roughly the top 36% of holdings. Many good players regularly open wider than this. We’ll discuss the reasons why in the section on SB stealing. The CO chart shows roughly the top 27% of hands. It’s somewhat rare that a good player will deviate significantly from this, although his RFI aggression may increase slightly if there are good targets in the blinds. 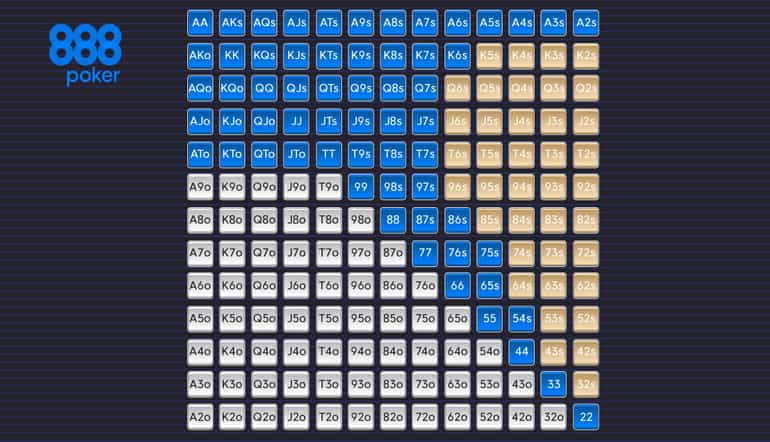 The HJ chart shows roughly the top 18% of holdings. It’s it the position to the direct right of the CO and is often referred to as “middle-position” by short-handed players. 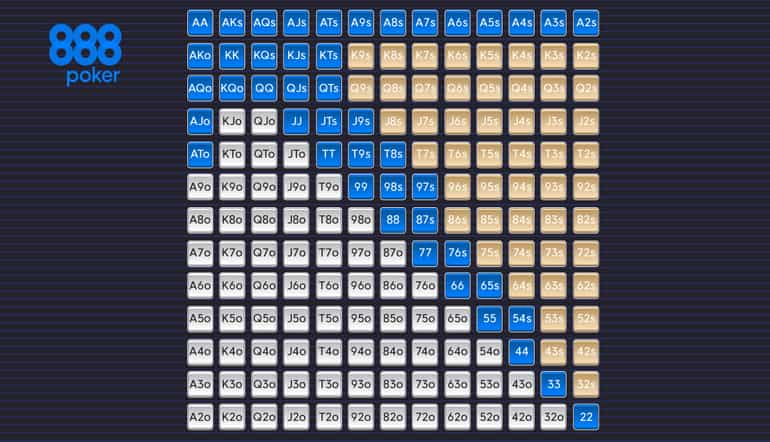 The LJ chart shows roughly the top 13% of holdings. It is the position two to the right of the CO. It is often referred to as “UTG” by short-handed players since it is the earliest possible position at the table. 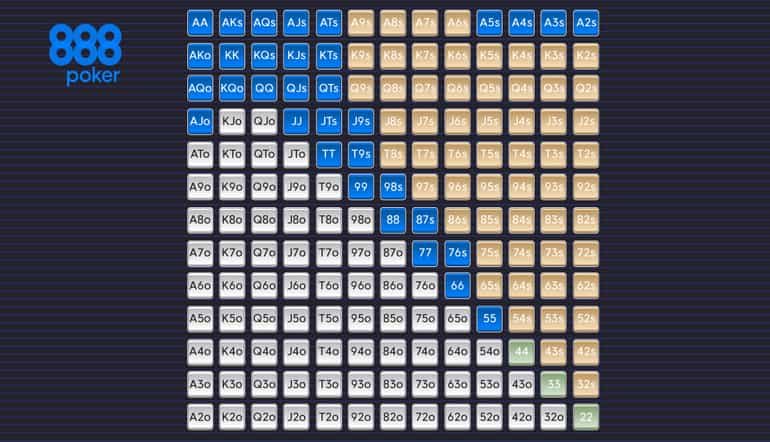 We jump now to the earliest position on a full ring table which shows roughly the top 7%. The other positions between here and the Lojack will be similar, just slightly looser for each later position. 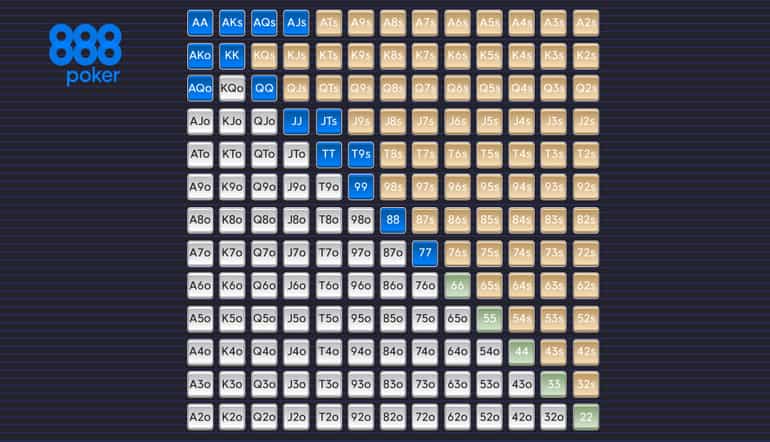 RFI strategies are especially crucial from late position since we get an opportunity to take advantage of players in the blinds who are not defending correctly.

In the case of the SB, we are looking for the following.

1. Folding too much – A simple calculation shows that if the BB is folding more than 62.5% of the time against a 3bb SB open, we can open-raise any two cards profitably. Open-folding would hence be a mistake, and we should technically now open 100% of holdings. If our opponent is folding less than this threshold but still folding too much overall (i.e. more than 50%), we can start to expand our SB open-raise frequency beyond the default 36% even if we don’t open everything.

2. Weak Opposition – The 36% SB open-raising strategy is designed for use against a standard strong opponent. Against weaker opponents, we can play wider ranges profitably. We should hence look to open-raise more aggressively if there is a weak player in the BB. 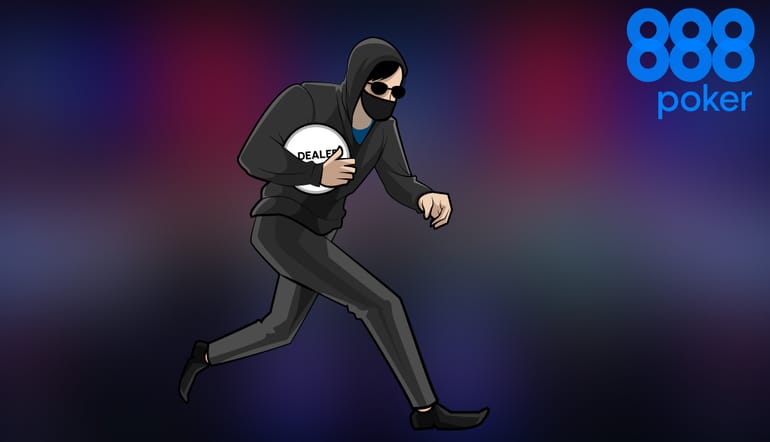 RFI ranges on the button can be increased dramatically based on which opponents are in the blinds.

Similar to SB stealing, we are looking for the following two targets.

1. Blinds who fold too much – A simple calculation shows that if the blinds fold (cumulatively) more than 67% of the time against a 3bb open-raise, we can open any two cards. The maths is based on the open-raise sizing we use. For example, if we reduce our sizing to 2bb, we can open raise any two cards if our opponent folds more than 59%.

2. Weak players in the blinds –The standard 48% open-raise strategy is based on regular strong opponents in the blinds. If our opponents are making big mistakes postflop this allows us to expand the range of hands, we open-raise on the button.

Any time we open-raise, we should have a plan of what to do when facing a 3-bet. We won’t look at specific defence-vs-3bet ranges since they are outside the scope of a guide on RFI strategies. However, having a basic idea of how to defend can go a long way.

We should technically fold less than this according to game theory calculations, but it’s worth remembering that the average opponent 3bets less aggressively than they are supposed to. This scenario means that it makes sense to fold most of the time when facing 3bets.

2. We should 4bet our absolute best hands for value.

The average opponent doesn’t fold often to 4bets (partly because they are 3betting an overly tight range). It hence makes sense to cut out any 4bet bluffs by default and purely 4bet for value unless we have specific reads.

Players generally decide on their own system. For example:

This system is a perfectly valid one, but it’s not necessarily superior to a system where we just open-raise to 3bb from every position.

More essential, in terms of sizing, is that we look to make proper exploitative adjustments. For example, if our opponent is a calling station, we don’t want to be open-raising AA for 2bb when we could be open-raising it for 5bb.

Similarly, if our opponents in the blinds fold with the same frequency regardless of our sizing, then small open-raise sizings will be more profitable.

Tournaments and Other Formats

Tournaments - While the cash game charts above may work reasonably well in tournaments, the best RFI for tournament games will vary a lot based on critical variables such as:

HU Cash Games – Many professionals open-raise the button with any two cards for a 2bb sizing. It’s generally accepted that the theoretically correct open-raise frequency is tighter than this, perhaps more like 70%.

Why is this the case? Card removal.

When it’s folded around to us in a full-ring game, there are slightly more strong cards remaining in the deck because our earlier position opponents have folded the trashier cards.