Rolled up is a Stud term used to describe three-of-a-kind on Third Street (the first betting round in Stud). 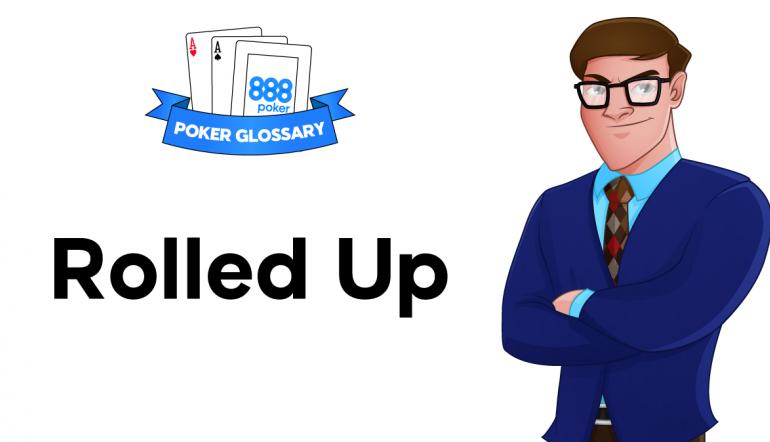 Explanation of Rolled Up

Rolled up is a Stud term used to describe three-of-a-kind on Third Street (the first betting round in Stud). Two of the first three cards are downcards (hidden from our opponents). So, it’s virtually impossible for them to realise we hold three-of-a-kind. Two of our cards are “rolled up” (i.e. hidden since they are down cards).

Example of Rolled Up used in a sentence -> Our opponent was playing aggressively against us on Third Street. He was oblivious to the fact that we held rolled upThrees.

Rolled up Trips in Stud are extremely strong starting hands. The odds of being dealt rolled-up trips is 424:1. With this hand, we almost always have the best of it on Third Street. There is an extremely high probability that we will still have the best hand by Seventh Street.

Rolled up hands carry great implied odds because they are disguised. Our board in Stud may appear somewhat weak while we hold a monster. On Third Street, our opponents will be making educated guesses about hand strength, based on the value of our lone upcard. If our upcard is of low rank, but we hold rolled-up trips, we may get a decent amount of action. The best strategy advice in most scenarios is to consistently play rolled-up trips as aggressively as possible on every street. (Use this strategy unless our opponent’s board becomes super dangerous).