What is Wired in Poker?

Wired is a term from Stud that is used to describe pocket pair in the hole on third street. In other words, neither of our paired cards are visible to the table meaning it will be extremely disguised if we make three of a kind. A pair where one of our cards is an upcard (visible to the table) is instead called a ‘split’ pair. 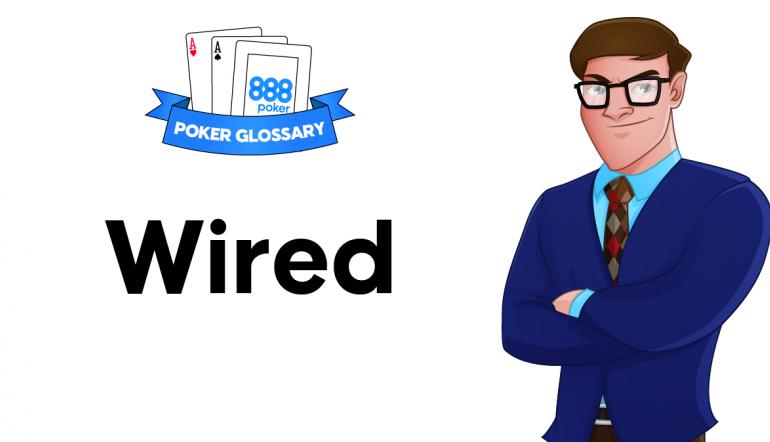 In order to understand the meaning of “wired pair” in Stud, a little knowledge of how Stud works can be useful. The first betting round in Stud is referred to as “third street” since all players are dealt three cards. Two of these cards are face down and only visible to the player, while one of these cards is an “upcard” visible to all opponents.

Example of Wired used in a sentence -> Aces wired is a very strong and concealed hand in seven card stud.

How to Use Wired as Part of Your Poker Strategy

Wired pairs are nearly always better than split pairs due to their deceptive value.

For example, if our upcard is an Ace, it doesn’t take a genius to work out that we will hold a pair of Aces if we have another Ace in the hole. On the other hand, if our upcard is a Two, it’s overall less likely that we hold a big pair.