One surprising aspect of poker is its appearance in notable works of art. 888poker counts down the top five gallery paintings featuring card playing. 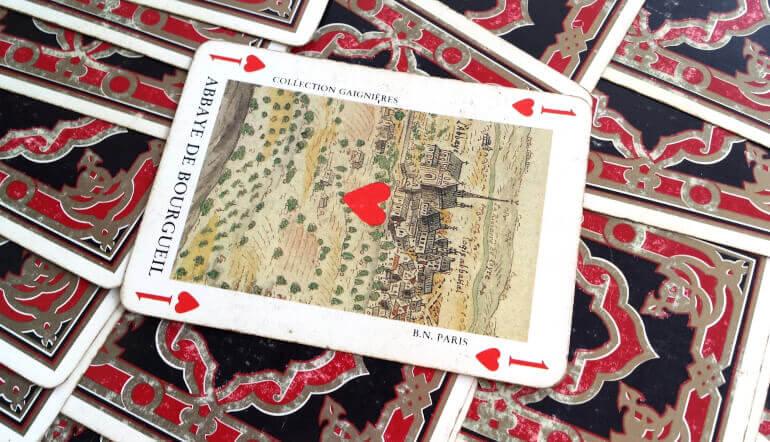 The game of poker has inspired movies, television shows, songs, and so much more. One surprising aspect of the game is its appearance in the important works of art.

These gallery paintings feature some card playing -  either poker itself or some precursor to the game.

Most probably think of the famous “Dogs Playing Poker” paintings. But there are numerous other paintings featuring some battles at the poker tables. Some well-regarded artists have even inserted the subject of the game into the canvas.

Here’s a look at a few works of art that feature card-playing action:

Famed Italian artist Michelangelo Merisi da Caravaggio was a fan of card playing and was pretty rough around the edges. The renowned artist was a fan of many vices, including drinking, gambling, and even the occasional fisticuffs. Caravaggio led a fascinating life. He seemed like a man of the people who understood the daily life of ordinary people, including the occasional wager.

His work The Cardsharps was painted from 1594-95 when Caravaggio was only 23 years old. It features two players heads-up at the table, with one cardsharp looking at the other’s hands. Gambling was prevalent in Europe, especially among the wealthy class at the time. The term “cardsharp” described a player using questionable methods to ensure winning – aka a cheater.

Caravaggio was a giant in the world of Western art and presented real-world situations packed with tension and human emotion. This high-stakes game perfectly exemplifies this scenario.

The cardsharp also has a dagger at the ready – just in case.

A giant in the art world, this French post-Impressionist went above and beyond to depict poker and gamblers on canvas. The Card Players was a series of five paintings produced in the 1890s.

It’s difficult to tell if poker is the game. But it’s likely a representation or precursor of gaming to some degree. These men at the table looked like working-man types and were not afraid to put a few bucks (or francs) on the line. The subjects were possibly local peasants - from the Cézanne farm.

The players are deep in thought, focusing on the task at hand. Experts note that the paintings differ from other poker or card-playing works as they don’t feature a dramatic moment.

Instead, players are participating in a shared activity without any significant upheavals or issues. But the series spotlights a segment of society and an activity that many great works of art may not have featured at the time.

The royal family of Qatar purchased two of the five paintings in 2012 for a total of $570 million.

This French work from 1660 features a large card table with several noblemen gathered around it. No doubt, these players have plenty of coins on the line. Everyday life was a popular motif for artists of the 17th Century.

The actual artist is unknown. But this skilled painter presented a real-life peek at wealthy men engaged in an early ancestor of poker. The action is fierce and may even show the skill level of specific players at the table.

The player in the foreground looks to his left and seems distracted. But is he a poor player, out of the hand, or perhaps bluffing? The two men on the opposite side of the table appear intensely focused. Are they the best players at the table and scooping in all the winnings?

All this may be in the eye of the beholder when it comes to this work of art.

Many similar works from the time feature the term “artist of procession” when referring to the producer of the painting. Any historical information about the original artist is unknown. Despite that, this painter offered a brilliant view of the poker table, which still resonates today.

Poker has modernised in the intervening centuries. But this painting depicts how many games look today – minus the hoodies. 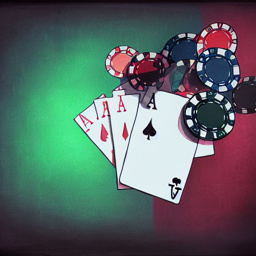 Want to check out the painting? The Gathering of Gamblers is featured in the Minneapolis Institute of Art.

While these popular pooches may not be fine art, they are universally recognisable and have resonated with poker fans through the years. Cassius Marcellus Coolidge painted the works as a series of 16 oil paintings in the early 1900s.

The pieces were originally part of a campaign for the advertising firm Brown and Bigelow to promote a brand of cigars. The cigars were central to the paintings as the dogs puffed away as they played.

Coolidge, who hailed from Antwerp, New York, is a slightly obscure artist. But his works have appeared on everything ranging from coffee mugs to mousepads to T-shirts. Not to mention, many mancaves and poker rooms sport a version of these cool hounds on the walls.

These canine creations may seem like pop art or kitsch, but their popularity has endured among poker players worldwide. The dogs have even appeared on The Simpsons. 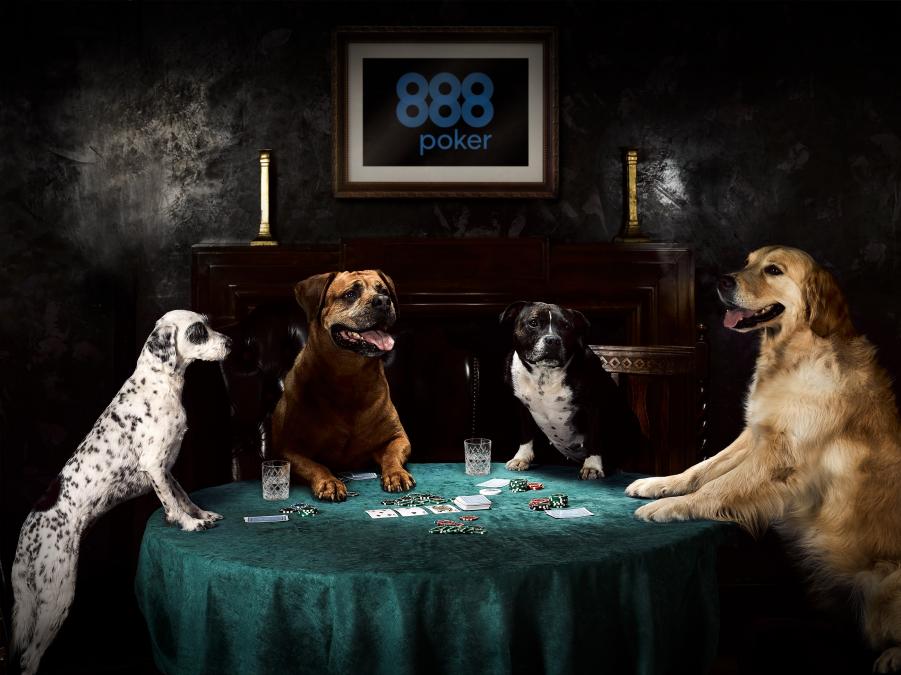 And while the Dogs Playing Poker may not be high art, collectors have paid a pretty penny for originals. Two paintings, “A Bold Bluff” and “Waterloo”, went at auction in 2005 for $590,000.

The auction house noted Coolidge was “the portraitist of dogs whose lifestyle mirrored the successful middle-class humans of his time.”

For more on the Dogs Playing Poker series of paintings, click here.

This Dutch painter was a follower of Caravaggio after spending more than a decade in Italy and offered up his gambling-related work in 1623. Remembered chiefly as a religious painter, Ter Brugghen took a completely different route with The Gamblers.

The work features an older man involved in a card game, probably a poker precursor but also involving dice. This painting may not be poker-related, but it seems fitting for the genre. The older man looks perplexed due to the game or particular hand.

Perhaps there is some disagreement or misunderstanding. The older man secures his glasses to get a closer look at the table and the coins on the line. A third man is beside the younger player. But the older man seems to wonder if he was cheated in this game.

According to experts, the works by Ter Brugghen have grown in popularity after about 200 years of not finding much interest among collectors. Like Gathering of Gamblers, The Gamblers can be found on display in the Minneapolis Institute of Art and offers a historical look at card games and gaming.