Follow along as we dissect the controversial bluff made by chess grandmaster and poker enthusiast Magnus Carlsen at the Norwegian Poker Championships. 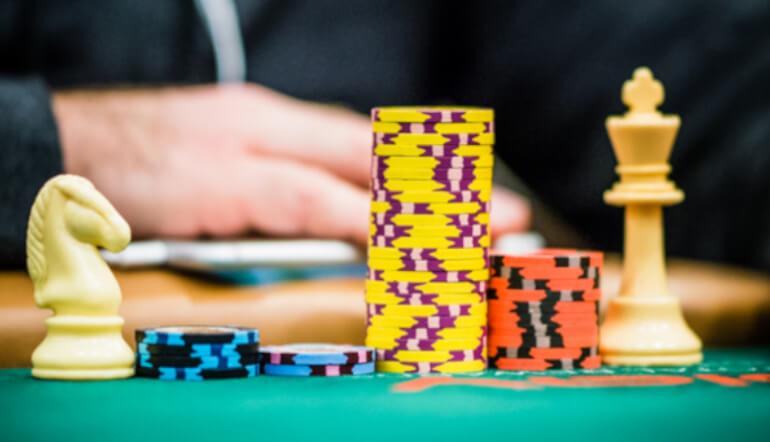 Last month I wrote a follow up to my initial ‘Poker vs Chess’ article. I looked at some of the significant similarities and differences between the two games.

If two articles in one day are too much text for you to chew, that’s cool.

Note that there are some major strategic crossovers between these two games.

Given this synergy, it’s not surprising to stumble across the odd chess player at the poker tables. Chess enthusiast, Martin Staszko, described poker as ‘a piece of cake’ on his way to a second-place finish in the 2011 WSOP Main Event.

With that said, chess isn’t exactly the sexiest game in the world. There aren’t a lot of a chess superstars kicking around.

So, you can imagine the shock when I stumbled upon a video of Magnus Carsen firing a huge bluff at the Norwegian Poker Championship in April.

I couldn’t wait to see how much game this grandmaster has!

While there are sure to be more posters of Cristiano Ronaldo pinned up than Magnus Carlsen, Carlsen is as close to a superstar as chess has ever had. But here’s a quick lowdown of who he is. 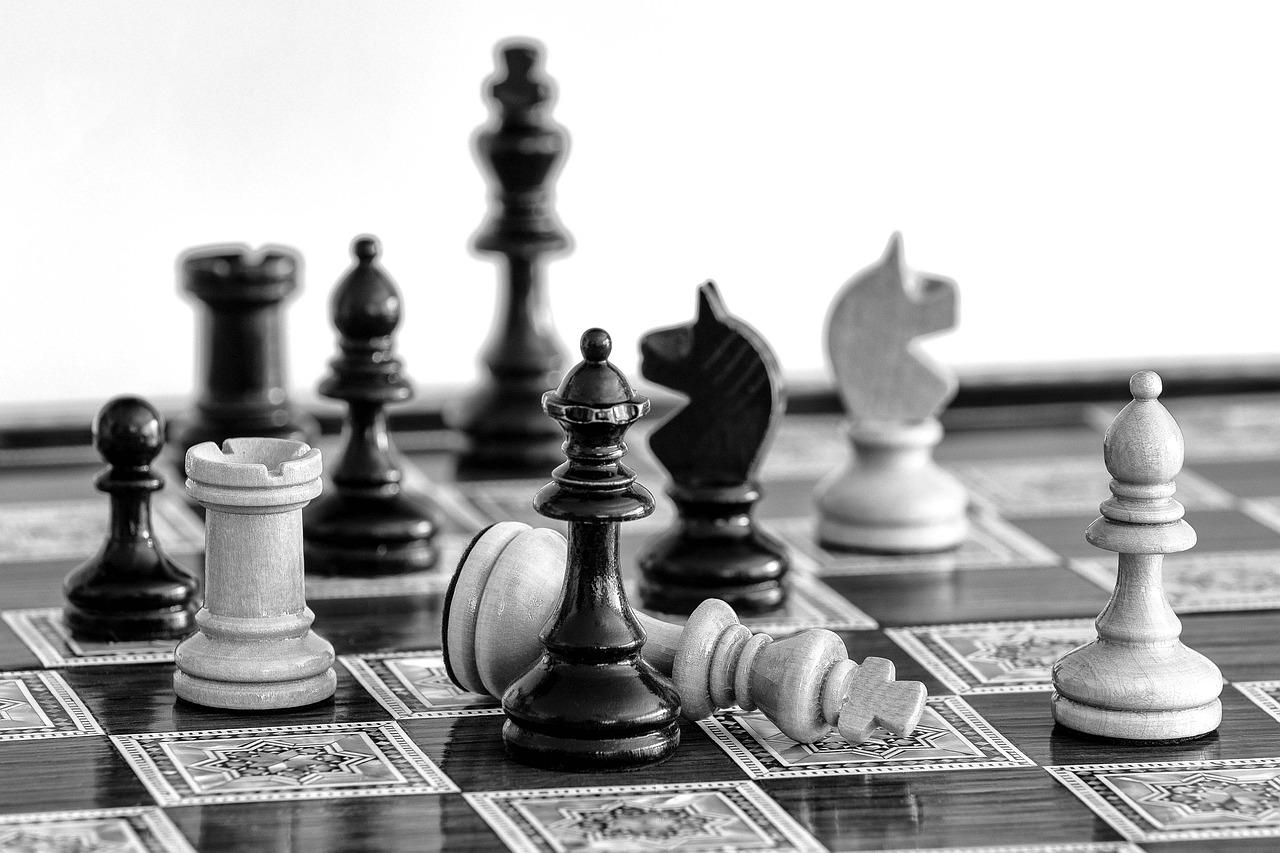 Simply put, Carlsen is one of the greatest chess players of all time. Here are the results of a sim run on the Elo Win Probability Calculator to give you an idea of just how good he is. You can use players’ skill ratings to calculate their win percentage.

The results show the win probabilities of a best of 20 games between Carlsen and lireza Firouzja, the second-best player in the world. (I took their skill rating scores from Wikipedia.)

As you can see, Carlson is a huge favourite, even against the second-best player in the world.

It’s clear that Magnus is a strategic master, but how well can he apply this to the poker tables?

Let’s take a look at ‘the bluff’ and find out.

Carlsen gets Aces. The action folds to him in the hi-jack. He opens to 11k with the blinds at 2.5k/5k, which is pretty standard sizing for this stage of a tournament.

You might see inexperienced players making it bigger here, especially in a live MTT where sizings tend to be a little wilder. But smaller is typically the right way to go as you will often be opening in this spot in an attempt to steal the blinds.

Granted, Magnus is begging to be 3bet this time. But it’s essential to consider the bigger picture with your standard sizings.

Though the sizing is pretty standard, it does seem as if Magnus has at least some poker experience. He may be copying what he’s seen everyone else doing. (Many people do this when they are new to the game). But factors like how Carlsen sits and handles his chips suggest that he is very comfortable at the tables. This observation is something to consider as the hand progresses.

Anyway, the button calls and both blinds come along to a monotone flop. 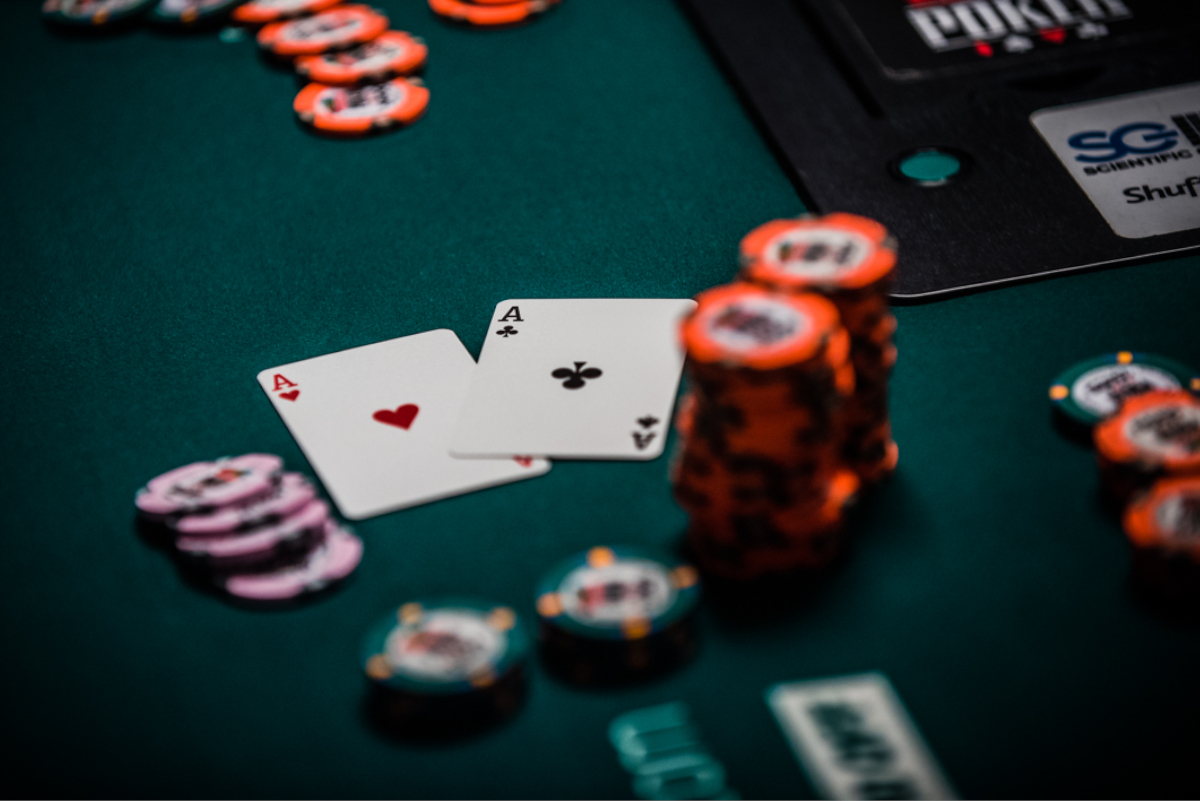 Both blinds elect to check, and the action reaches Magnus. He fires 21k into 51k, which is around 40% pot.

There were some pretty harsh critics of this bet in a recent thread on a Facebook post. Many made arguments for checking and employing a little ‘pot control instead.

This play undoubtedly has some merits. It’s a sensible route against very tight players. They will be less liberal with their calling both pre and post-flop (making it harder to extract value). Tighter opponents may let you get to showdown more easily.

Checking against good players or players who tend to play their draws very aggressively is an option. Aggro players may make things pretty tough for you.

But I’m a big fan of betting for value here vs weak or unknown opponents for several reasons.

All in all, a lot of good things can happen when we bet:

Most unknown opponents play pretty honestly in a multi-way pot like this - so  I’m a big fan of this flop bet.

Anyway, the button and SB fold. The BB comes along, and we go to the turn.

The turn is where things start to get fascinating. The BB checks and Magnus decides to go all Viking on his opponent. He tosses out a bluff of 30k, which is around 30% pot.

...Get it? Norwegian poker tour, Scandinavia, Vikings? Meh, Forget it...

Anyway, if we look at this turn bet in isolation, it’s probably not going to seem that great:

With that said, let’s consider the bet in context. If we assume Carlsen made it with a plan, it’s palatable, especially against the big blind's Wesker range.

Remember, we’re dealing with one of the best strategists of all time here. It would be pretty ludicrous to suggest that a man capable of being ten moves ahead of himself in a game of chess is tossing chips around without a plan.

The main reason I like the turn bet, though, is due to the smaller sizing. This bet size forces our opponent to call with more of his two pairs, sets, and flushes, which is great for us going into the river…

Yes, you heard that right. I’m saying it’s good that our opponent calls with better hands more when we’re bluffing.

Let me explain what I mean:

As was the case preflop, the wider a range of hands becomes, the weaker it gets.

And the sizing makes sense too. With such a scary turn card, it’s very credible that we would size down with our strong flushes. The bet size makes it tough for our opponent to bluff raise. Their flop check/call indicated a desire for showdown value.

There’s nothing wrong with slowing down here. We’ll probably be able to check this down and beat a KJ type hand pretty often on the river.  But this option is only going to be viable against more passive opponents.

Against tougher opposition, checking here increases the likelihood that they will turn a hand into a bluff with a big lead on the river. It’s unlikely we’d check back a good flush on this turn with such a high SPR.

It also leaves us with a lot of guesswork and removes our option to bluff believably when we think we’re beat.

All in all, I think the Magnus’ small turn sizing is great. It puts his opponent in a tough spot and sets up a good river situation.

Villain check/calls, and we see a river.

The river is the Queen of Clubs, and our opponent checks to Magnus, who fires another…. wait, what? Villain leads for 30k, and Carlsen raises to 100k!

I don’t think there’s much merit to the BB’s bet here. Generally, I think it’s best to lead on cards that are better for your range.

But this river is a brick, given the board texture, so I’m not a fan.

I’d be more on board with the lead (to induce) if the BB had the nut flush here since this significantly weakens Carlsen’s value range. But I still think it’s probably far more standard to let our opponent keep barrelling in this spot for the same reason.

Eventually, Magnus decides to raise to 100k, which is pretty unsurprising given the bizarreness of this lead. I remember trying a donk- lead like this against Davidi Kitai in the 2017 WSOPE Main Event - It got the same treatment. Man, I got crushed hard that day!

Anyway, I like Carlsen’s sizing once again. Magnus’ range is already very polarised when he raises here. So, there’s no need to make it bigger.

He simultaneously looks incredibly strong and gives himself a great price on a bluff.

When it comes to bluffing, the art comes from finding the balance between the amount you risk and the frequency your opponent folds. The 70k raise represents such a sizeable chunk of his opponent’s remaining stack. So, I think he strikes a nice balance at 100k.

Yes, a shove would probably get more folds. But it would also be way more expensive and far worse value for money.

Without much thought, the BB folds, and Magnus scoops a pot showing just how transferable a sharp chess mind is to a poker table.

All in all, I like the way Magnus played this hand. A passive route would have been a viable option too. Many players would have (reasonably) waved the white flag on the flop or turn and ended up losing at showdown.

The turn was a very pivotable street. It would have been a mistake to bet the turn and not the river.

Thankfully for Carlsen, though, he had the stones to follow through.