Getting to Grips with Pot Control

Want to learn the ins and outs of pot control in poker? 888poker can help you simply and easily get to grips this tricky poker strategy. 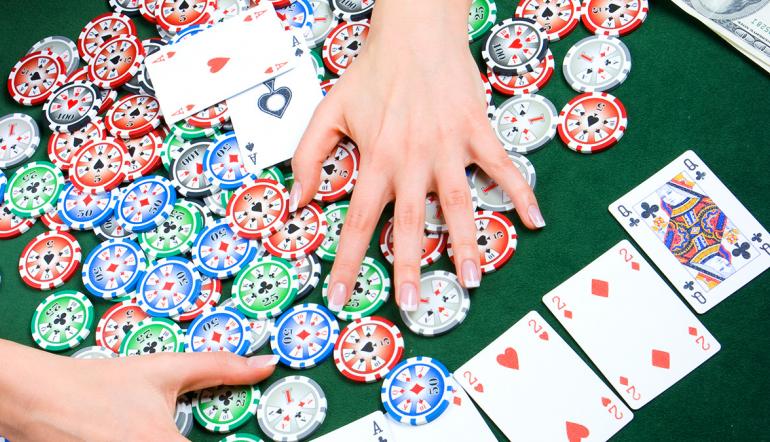 Pot Control in poker is a tricky topic that we must deal with in a very careful manner. The reason for this is that often the notion of pot control causes players to make sub-optimal decisions. If we can blame certain ideas or concepts for causing weak players to lose money at a way faster rate than they should, pot-control is one of them.

It might be for the best if we simply never think about pot control. A far more important concept to keep in the forefront of our mind is the idea of aggressively denying our opponents the ability to realise their equity. This very important poker principle runs at odds to the principle of pot-control.

Pot Control – What Is It?

Very simply, pot control is the idea of either checking or making small bets, to help keep the pot at a manageable size.

If we’ve followed the tone of this article thus far, we’ve probably picked up on the fact that pot control isn’t an especially valid concept. It originated years back in the dark ages of poker when the majority of players were extremely bad.

Pot control used to appear frequently in discussions regarding poker hands, whereas now, not so much. And perhaps in another 10 years time, pot control will be one of those things that good players look back and laugh at.

Let’s look at a typical situation from 10 years ago where the average player would have used pot control. Let’s consider why it was valid then, and also why it's so terrible now.

Wow, sort of a bad turn for us there. Some straights got there, some flushes, some 2 pair combos. Now there is a chance we could be beat.

So, what does a player from 10 years ago decide to do? He instantly goes into defensive mode, trying to prevent the pot from growing any further. By checking back, he can control the size of the pot and keep it small. He can then make river decisions in an environment that he feels more comfortable with.

But this is all so wrong, despite seeming logical. The modern player realises that checking back this turn is a big mistake. There is a long list of reasons for this.

In that sense, the only time we can truly control the size of the pot is when we have the option to either bet or check-back when last to act on the river.

Even in spots where it might be correct to apply pot-control, it’s still essentially a secondary concept rather than the main reason why we do anything. Let’s look at a couple of examples.

In most poker games, it is nearly always better to bet here than to check back. This is another type of situation where pot-control is misapplied.

“Well I only have second-pair here, it’s not worth three streets of value, let’s pot-control the flop”.

Pot controlling here is a little bit of a train-wreck. The board is super-draw-y, and we can’t go around giving our opponent a ton of equity for free. Second-pair top kicker is also simply just a hand that can extract value on this type of texture.

However, let’s say we know that our opponent is a super aggressive check/raiser on these type of board textures. Now we have a reason to consider checking back the flop. The main reason we might do this is simply because the EV of checking ends up being higher than the EV of betting - given that we might get check/raised and barrelled off our hand if we bet.

We don’t really need the concept of pot-control to help us with this decision.

This is about as close as we can get to a situation where pot-control genuinely applies. This is known as a “way-ahead, way-behind” situation. Given the dry nature of the board, either our opponent has us crushed with a better Ace or a set, or they are drawing super slim with something like 77.

Here it can be perfectly fine to check and go for two streets of value on the turn and river. It’s a form of pot control – yet once again, we don’t really need the concept of Pot Control to help us articulate our reasons for a flop check.

Even in this situation it is still frequently going to be correct to fire a bet on the flop. Perhaps our opponent loves to float flops wide, or he is a calling station. Especially at lower limit games, we can adopt a rather straight forward policy. We can bet for value simply because we have top-pair, and our opponents are bad enough to pay us off with worse.

Be Careful of Passive Play

The basic idea is that aggression makes money. So we need a very specific reason to choose a passive option over an aggressive option. Perhaps we are feeling a little cheated because we came here looking to improve our pot-control skills and essentially got told not to bother pot-controlling that much. Then again this might be one of the best things that could have happened.

It may seem like unorthodox advice at first seeing as Pot Control is a commonly and widely accepted part of poker strategy. An important skill that we need to develop as poker players is questioning absolutely everything regardless of the source. As soon as the concept of pot control is subject to a steady stream of questioning, it really begins to break down. We have no choice but to seriously reconsider its validity as a concept.