Learn How to Play and Win 3 Card Poker

Nearly all poker games involve playing against opponents. 3 Card Poker, however, is a common table game in many casinos that’s played against the house! 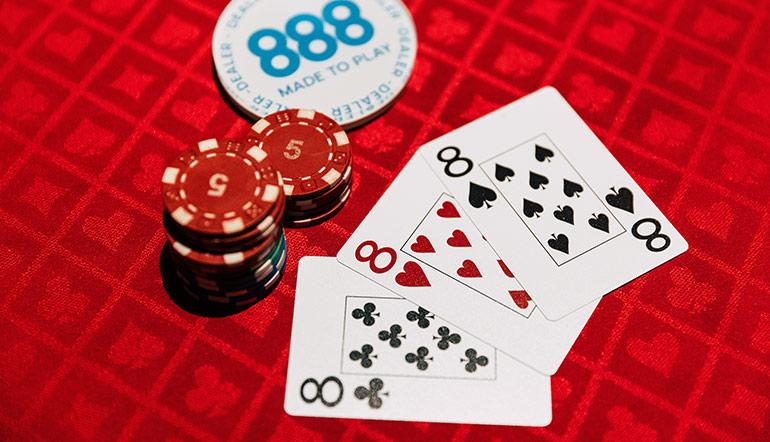 In a divide between poker games and poker-based table games, Three Card Poker falls on the poker-based side.

You're playing against the dealer or a pay table. Other players' hands don't matter to you, and the house has an edge built into the game’s odds.

Three Card Poker is played both online and in live casinos.

Assuming you make a hand of a specific value, Three Card Poker can have pretty big payouts! It’s also a straightforward and easy game to learn.

So, read on to find more about this popular casino table game and exactly how to win at Three Card Poker!

Three Card Poker: How to Play 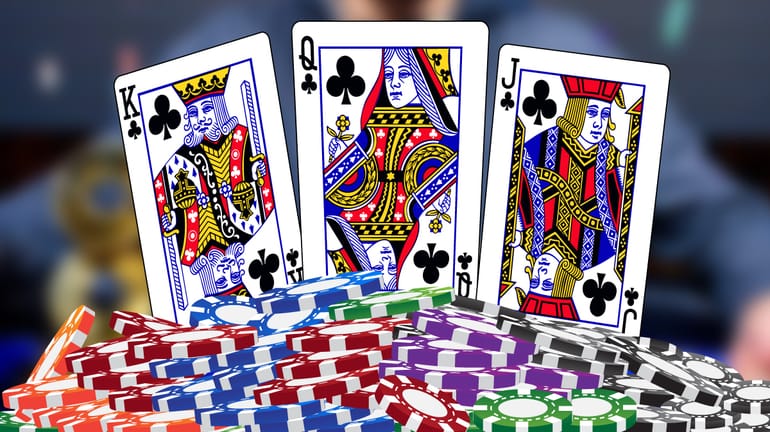 In live casinos, this game is played with one 52-card deck and betting chips. Automatic shuffling machines are often in action, with one deck shuffling while another is in play.

Online, Three Card Poker most often has virtual representations of cards and playing chips. There is also a credit meter to show how much you have available for wagering.
Some casinos use streaming video of a live dealer instead of virtual cards.

How to beat Three Card Poker is simple: You want to make the best three-card poker hand possible! There’s no exchanging or drawing more cards like “hits” like in Blackjack. It’s merely about the cards you’re initially dealt.

That makes it a "stud" poker-based game rather than "draw" poker.

Depending on how you choose to bet, you’ll either want to (1) hope to make a pair or better; and/or (2) have your hand outrank the dealer.

Here they are ranked from best to worst:

Note that for a high card hand, any A-X-X hand will beat a K-X-X hand; in other words, even if you have A-3-4, you’ll still beat a holding of K-Q-9, even though the average value of the K-9-8 might be higher. Additionally, note that if the first high card is “tied” in a high card hand, then the second card will determine the winner, and so on.

Also, notice that even if two players have a hand of the same poker hand ranking (i.e., a pair), the player of the higher value of hand within that rank will win (i.e., A-A-2 beats 2-2-A, as one as a pair of Aces and the other only has a pair of 2s).

Casinos typically offer Ante Bonus payouts, too, if you make one of the strongest of hands. These payouts on straights or better are part of the ante-play portion of the game and require no additional wagering.

Payouts for the Ante Bonus might look something like this but are subject to different payout structures:

The Pair Plus wager acts independently of ante-play. Players win with any pair or better or lose the bet if dealt a High Card hand. The dealer's hand does not affect the outcome of Pair Plus hands.

Though these can differ from casino-to-casino and place-to-place, here are the standard Three Card Poker odds used for Pair Plus payouts typically used in America, along with select payout variations used:

The most common version uses the payoffs that are not in parentheses. Some casinos add a bigger payout at the top. They’ll separate a "mini royal" of Ace-King-Queen of the same suit from other straight flushes. Mini royals usually pay 50-1 though they have been spotted at 100-1.

There are minimum and maximum bet sizes at Three Card Poker Tables. If it’s a $5 minimum table, though, “playing” a hand of ante-play will cost $10 total if you make the play bet: $5 for the ante wager and $5 for the play wager if you decide to keep and play your hand against the dealer. If you also bet $5 on Pair Plus, your total risk is $15.

When played, the ante and play chips must always be of the same numeric value. But they can differ from the amount used for the Pair Plus wager.

Note that the Pair Plus wager must still be within the minimum and maximum table stake values.

This ante-bet game will always give the house a slight edge of around 2% of your total of ante and play bets over the long term. You don't make the play bet on every hand. So, another way to look at the house edge is 3.4% of the ante. 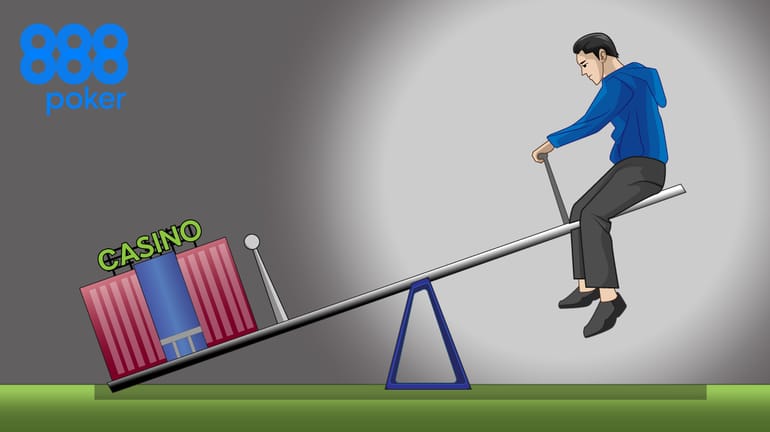 In Pair Plus, small changes make significant differences in the house edge.

In the most common version in the United States, the house edge is 7.28%, with the following payoffs –

Regarding etiquette in Three Card Poker, there are three things to note:

House Rules: Every Casino Is Different

It’s essential to shed light on some rule differences from one casino to the next: 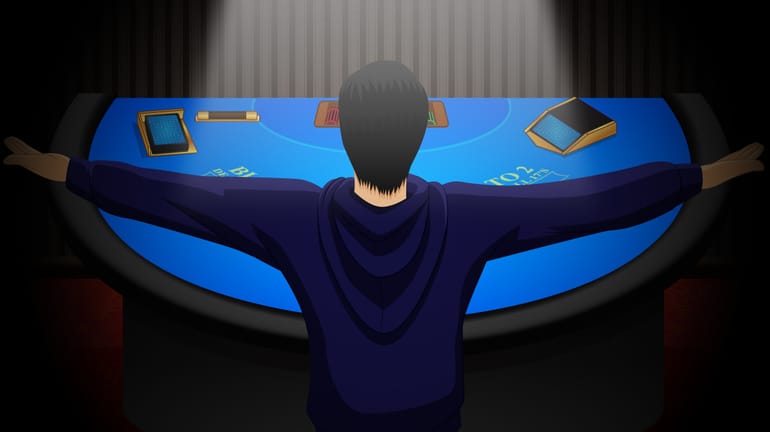 Opportunities to swing the mathematical edge in your favour are rare in Three Card Poker live games.

Cards are shuffled for every hand.

So, you can't track the balance of remaining high and low cards as in blackjack card counting.

If you can see other players' cards, it can help you decide on the play bet. So, most casinos don't allow sharing that information. It could change the game if you see enough player cards.
You could easily determine if there is a higher or lower proportion of Queens or higher available to the dealer.

Seeing a dealer card gives you much more valuable information. Any card exposed is a third of the dealer’s hand. And even one exposed card can swing your strategy.

When the dealer exposes a high card, the best ante-play strategy moves from playing with Queen-6-4 or better to this:

Such play is not regarded as cheating, at least in the United States. In cases involving blackjack and other games, courts have repeatedly ruled that players may use all information from exposed cards. Such rulings have never gone against players.

Cheating or not, these plays are not possible online. No dealer cards are exposed before betting ends. So, there is no extra information to use to your advantage.

Three Card Poker is a popular table game in live casinos. In the United States, it's the third most played game in the table pits, trailing only blackjack and craps. More money is wagered on baccarat, which attracts big bettors, but Three Card Poker has more players.

Naturally enough, online casinos have picked up on the popularity, and Three Card Poker has become a standard offering.

Here are the main differences between live and online games –

But at its core, Three Card Poker is the same in live and online games. The odds, house edges and strategies are the same online as in live casinos.

We hope that this guide has helped explain how to play 3 Card Poker and win! It’s undoubtedly an easy table game to learn and an enjoyable one to play.

Remember all the different betting options available. And be sure to research what the House Rules are for the Three Card Poker game you’re playing.

*Credits for main photo in this article belongs to Eran Alergant

For our web story about 3 card poker