Some players might scoff, but freerolls are a great way to win cash without spending a cent. Follow these tips and you’ll have a big edge over the field 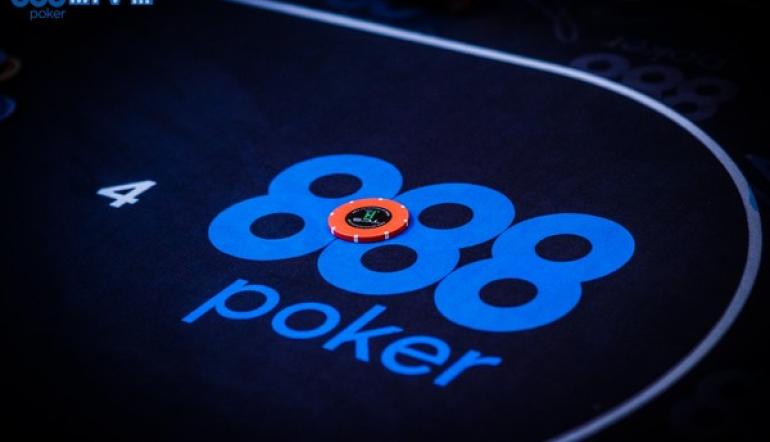 With many inexperienced players and nothing to lose, the first few minutes sees a large chunk of the field go out with crazy hands and all-in preflop action. So sit tight initially. That doesn’t mean you can wait too long – we said ‘first few minutes’ not ‘first few levels’. The all-in craziness isn’t defined by blind levels, but by a lot of players in small poker freerolls who are looking to accumulate a big stack early or just go out. Don’t bother trying to play ‘real poker’ in the first few minutes; just fold everything bar big pairs, and spring into action when things calm down.

Aggressive poker is, of course, winning poker, and a big part of this approach involves having the ability to separate chips from their real money value, so that you become willing to lose them if you have to. But in a poker freeroll your chips don’t cost a penny, so there’s no reason to be worried about giving them away. With the pressure of financial loss removed, it leaves you free to play as fearlessly as you’ve always wanted to, with raises and re-raises galore. Try not to go overboard though – freeroll or no freeroll, 5-2 offsuit isn’t a hand to shove all-in with.

One thing you’ll often notice about a lot of lower-value poker freerolls is that there are heaps of players in the early stages sitting out, seemingly forgetting (or just not caring) that they ever registered for the tourney in the first place. While this is annoying at first – if there are more than two of these players at your table it essentially makes the game short-handed – it can also provide an easy way for the more astute player to surreptitiously build their stack. If every player still to act after you is ‘sitting out’, and everyone before you has folded, you can raise with any two cards and take down the blinds.

In any game of poker, it’s worthwhile trying to limp in or pay a small amount to see a flop in a multi-way pot holding small pocket pairs, with your objective being to hit a well-disguised set. If you flop that beautiful third card in a poker freeroll, your opponents’ inexperience means they’ll be less likely to put you on a hand that strong, and continue to bet or call your raises with top pair or worse. Make sure you fast-play your big hands like sets, straights and flushes and you should get paid off nicely.

Sometimes a big hand can simply be top pair, top kicker. And you shouldn’t be afraid to jam the pot when you feel that you’re ahead. Rather than simply betting for value, a large bet or re-raise is still likely to be called by weak players holding marginal hands. It’s schoolboy errors like these that deserve to be punished, and where a lot of chips in the early stages come from. Shove!

Always be prepared to make huge raises and all-in pushes with hands like A-A and K-K, almost regardless of position. One of two things will usually happen. Either inexperienced players will give you action by calling with any Ace, any pair, or even any two suited cards. Secondly, a player with a similar level of experience as you may share the opinion that a tournament without a buy-in allows for a greater amount of gamble, and therefore make the call with a low pair, a big Ace like A-K or A-Q, or even something like K-Q or K-J! Yes, everyone might fold, but if you do catch someone with a playable hand you’re in a great spot to double through. If the action is short-handed or the blinds really small then a big raise, rather than an all-in move, is a better approach.

You’d be hard pushed to find any other instance in the world of online poker where the chatbox gets abused more than during a poker freeroll tournament. With the standard of most players being relatively low, you’ll bear witness to an endless run of bad beat stories that disgruntled punters will have trouble letting go of. Of course, you’ll have noticed that most of these tales are not unlucky, but in fact the result of poor play. The trick is not to tell them that, no matter how tempting it is. That way, when you Cripple Mr. Moaner, inducing another sob story about cracking his pocket Jacks, your silence will almost certainly put him on monkey tilt. Be the mature one, ignore his ill-advised insults, and watch him bust out soon after.

In the middle stages of a real money multi-table tournament, it’s often fair to assume that any player with a huge chip lead knows what they’re doing. However, at the same stage in a poker freeroll it’s often the other way around. There’s a good chance that a lot of the big stacks simply got lucky a few times by playing poker hands that they really shouldn’t have done. Not having learned their lesson, they will almost certainly make the same mistakes again allowing you to capitalise by making them pay dearly to draw, hitting cheaply-priced draws yourself, and waiting for them to pay you off when you’ve got a monster. It won’t take long for their chip fortress to crumble – so make sure you’re there to pick up the pieces they carelessly fritter away.

Just like in a tourney with an actual buy-in, most poker freeroll players tighten up around the bubble. While this can make sense in a real money tourney, it’s a pointless endeavour in a poker freeroll, where the lowest-paid places usually amount to a few dollars. Of course, to some the idea of winning any sum of money is an achievement, and if that includes you, fair enough. But ask yourself if you’re happy spending a couple of hours trying to win the equivalent of a beer or two? If you’re not, put pressure on opponents and you should find yourself coasting deep into the juicier money spots. After all, you came with nothing and have nothing to lose, so why not try and leave with a lot?

10. Become one with the fish

Perhaps the most important bit of advice is to try and get inside the mind of a fish, by picking out the players that don’t know what they’re doing and thinking how they would play. Imagine the kind of mistakes they might make, and then do the exact opposite.

Beginners
Poker Tournaments
About the Author
By
Chad Holloway