How to Play a Flush

A flush is a five-card hand all of the same suit. It ranks higher than a straight but lower than a full house. In numerical sequence it becomes the all-conquering straight flush. 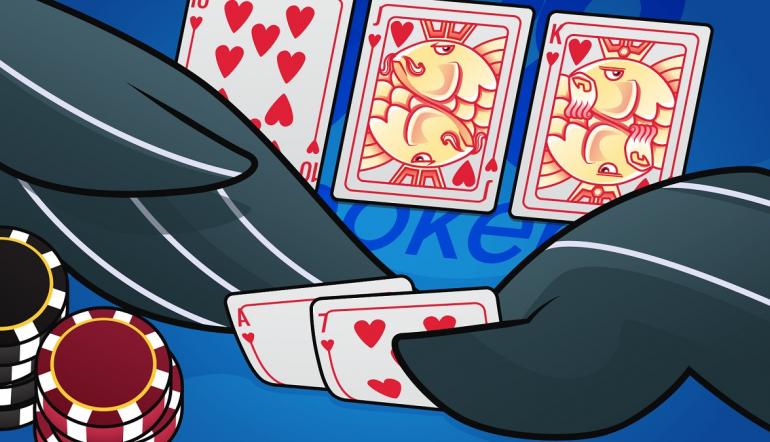 What is a flush?

A flush is a five-card hand all of the same suit. It ranks higher than a straight but lower than a full house. In numerical sequence it becomes the all-conquering straight flush.

Flushes are powerful, pretty and one of the best ways to get paid in no-limit hold’em. Hit one and you’ll get sets, two-pairs and straights begrudgingly giving you chips as they making crying calls against your monster.

You can make a flush using either one or both of your hole cards, but naturally it’s much more likely you’ll make a flush if you hold two cards of the same suit. Flushes are ranked in order of the highest suited card that you can bring to bear. If the board is Ah-5h-10s-7h-9h, the player holding Kh-Qc would beat the player holding Qh-Jh – although the Queen-high flush would have been winning on the turn.

It’s very infrequent that you’ll flop the flush, so usually you’ll find yourself chasing it in one of three situations. First, you might have raised with a premium hand that also happens to be suited like Ah-Kh or As-Qs. Second, you may have called with suited connectors like 9c-8c or 10d-Jd, and finally you may be holding a big pair like Ks-Kc and the flop comes down containing either all spades or all clubs. Chances are you’ll have arrived at each set-up in a different way at some point and each needs to be played with different considerations in mind.

As a rule of thumb you should raise or re-raise with big suited Aces pre-flop and aim to get in cheaply with suited connectors. Why? The big suited cards have strength independent of being suited and needn’t necessarily rely on their flush potential to make a winning poker hand. Suited connectors are much more fragile and can’t stand much action before the flop, so you should only see the flop if you can get in cheaply and in late position. Your position is vital because it means that you can see what everyone else is doing on the flop before you have to make a decision.

If you’re lucky enough to flop the flush you have two main considerations: how to get paid, and how to make sure you protect your hand. It’s a delicate balancing act. If you have a low flush it’s important to give players drawing to the Ace or King the wrong price to call but not enough to scare them off. Play it faster in a multi-way pot but consider slow-playing against an aggressive preflop raiser.

There are two ways to play a flopped flush draw – slow or fast. Play it slow by checking and calling small bets on the flop and turn. Make sure you’re not paying over the odds. The express odds (chances of hitting it on the next card) are about 4/1 against, while the chance of you making your flush from flop to river is about 35%, so make sure you’re not contributing much more. You can factor in the fact that you’ve got great implied odds (you stand to get even more chips if you do hit your hand). Unfortunately players often shut down when the board completes a flush draw. Check-calling is best when your flush is your only way to win and you’re against players that can’t lay a hand down.

If you flop a flush draw with overcards or an overpair you can be a bit more ballsy. Bet the flop or check-raise – particularly against an aggressive player. By pushing big combo-draw you might take the pot down straight away, and even if called you still have plenty of outs.

Of course, you will often miss your draw and at this point you need to assess whether you can take your opponent(s) off the pot. If you’ve been check-calling the whole way your bluff will be less believable. Work out what type of foe you’re up against as sometimes it can be best to cut your losses, while other times an all-in shove-bluff will see you take down a hefty pot. Judgement is everything.

What are the chances of completing an open-ended straight flush draw? 8.42%

How often will you hit your flush draw after the flop? 34.97%

How often will you flop a flush with two suited cards in your hand? 0.84%

If you have two suited cards, how often will two more of that suit come on the flop? 11.79%