What is Suited in Poker? 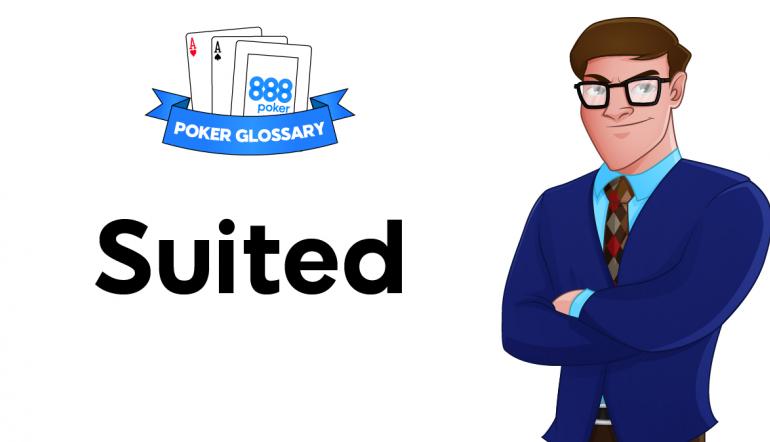 This concept can be translated to almost any other poker variant.

In Omaha hands can either be single-suited, double-suited or offsuit. A complete offsuit hand in Omaha (where all four cards are of a different suit) can also be described as “rainbow”.

How to Use Suited as Part of Your Poker Strategy

Keep in mind that in Omaha, we prefer only two cards to a suit, not three or four. Being dealt four cards all of the same suit is problematic. Since we can only use two of our hole-cards in Omaha, we end up blocking our own flush outs with the other two. It’s hence better to be dealt a single-suited hand (two to a suit) along with two offsuit cards rather than holding 4 cards all of the same suit.

In most other variants however, the more cardss