888poker LIVE Rocks London with its Final Festival of the Year!

For the last live event of the year, 888poker headed to one of its favourite locations – London! With the £500K GTD Main Event smashed, this event rocked! 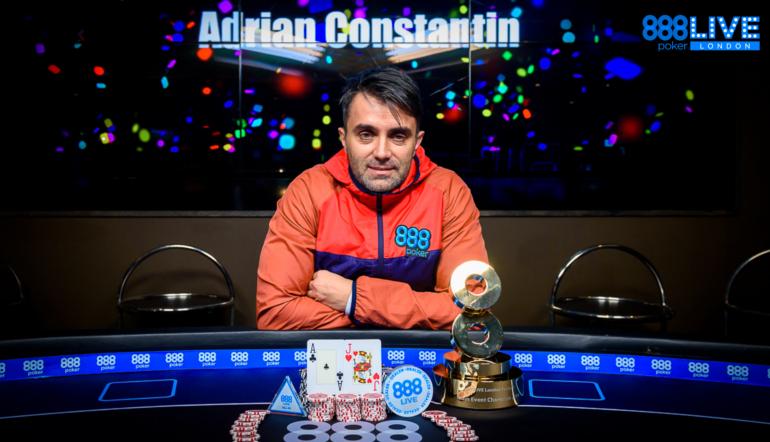 For the ultimate live event of the year 2019, 888poker headed to one of its favourite locations – London! The weather may not have been the best, but things definitely heated up in the High Roller and Main Event.

Day 1A of the £1,100 buy-in Main Event kicked off on Thursday 28 November and promised to bring in the early birds for this event. All in all, 58 entries (including 6 re-entries) made the trip to Aspers Casino in Stratford, London in hopes of parlaying the £1,100 entry into a Day 2 run.

After eleven levels at 40 minutes apiece, 13 players were left standing, bagging and tagging chips for Day 2 on Saturday, 1 December. Also bagging and tagging on Day 1A was 888poker ambassador and 2014 World Series of Poker (WSOP) Main Event Champion, Martin Jacobson with a not-to-shabby 60K chip stack. 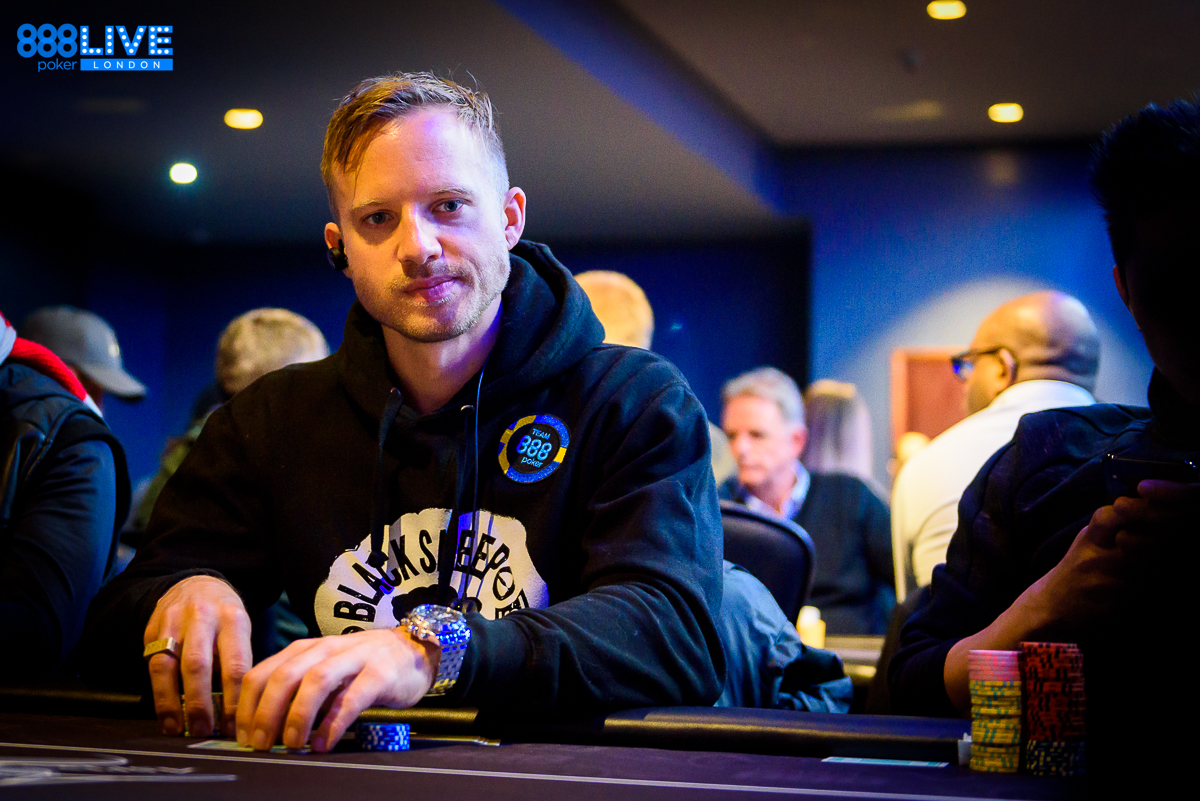 In the running was Team888’s, and all-time winningest online tournament Pro. Despite fellow Brit, Benjamin Winsor, pulling into a 2-1 lead in heads-up play, Moorman doubled-up to claim the top spot.

Winsor got short-stacked and pushed with A-3 into Chris’ A-9. Moorman’s kicker played, and it was all over for Benjamin. Chris bagged £27,000 to add to his already astronomical lifetime earnings. 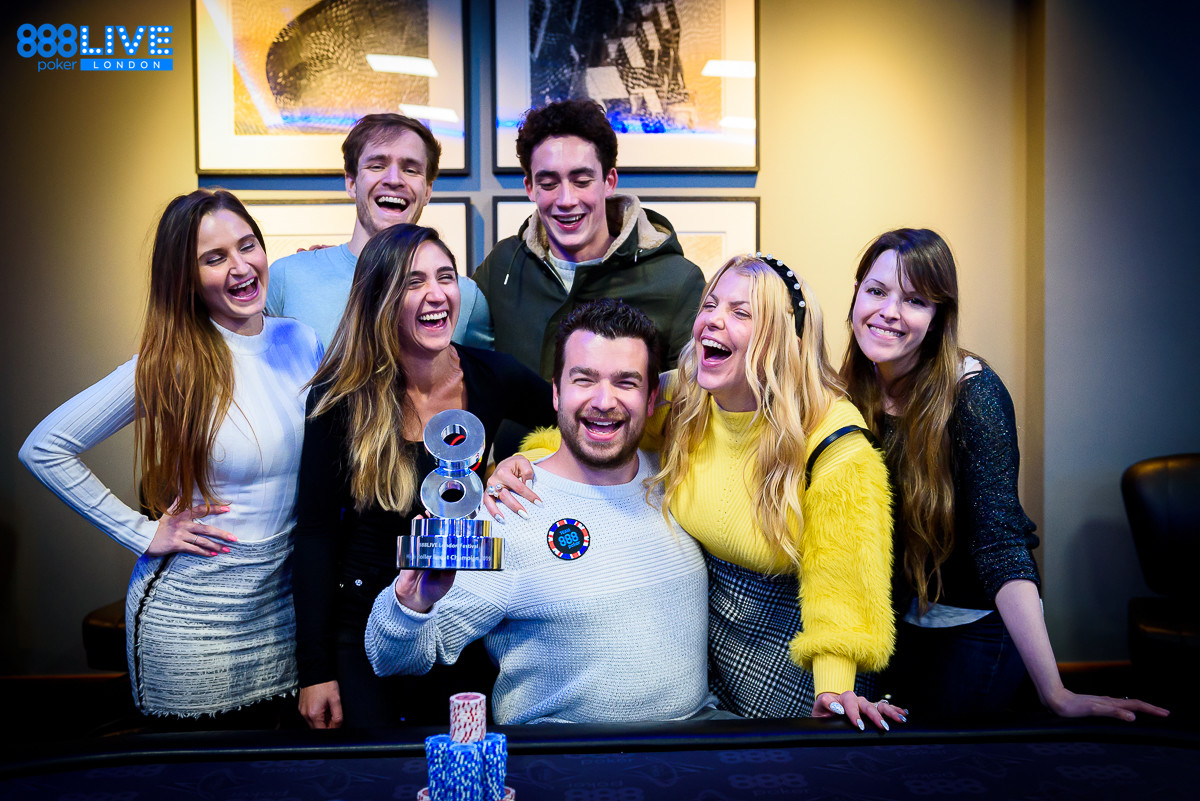 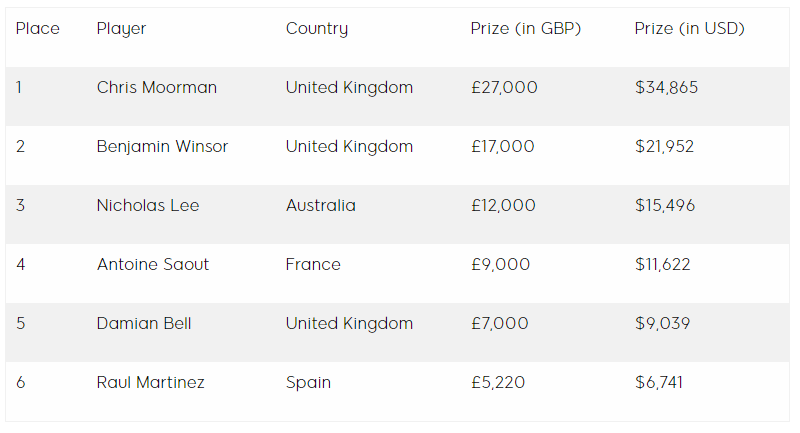 Main Event Day 1B and 1C

Days 1B and 1C saw even more players brave the UK weather at a chance of bagging a piece of the £500,000 GTD prize pool.

Day 1B, the second starting flight, attracted 62 unique players of which 14 re-entered. Of the 62 players, only 24 made it to Day 2. Some prominent names in the baggers and taggers were three 888poker ambassadors. Fresh of his £2,200 High Roller victory, Moorman needed just one bullet to secure a seat on Day 2. Joining him was fellow teammate, however, Ana was an early casualty. 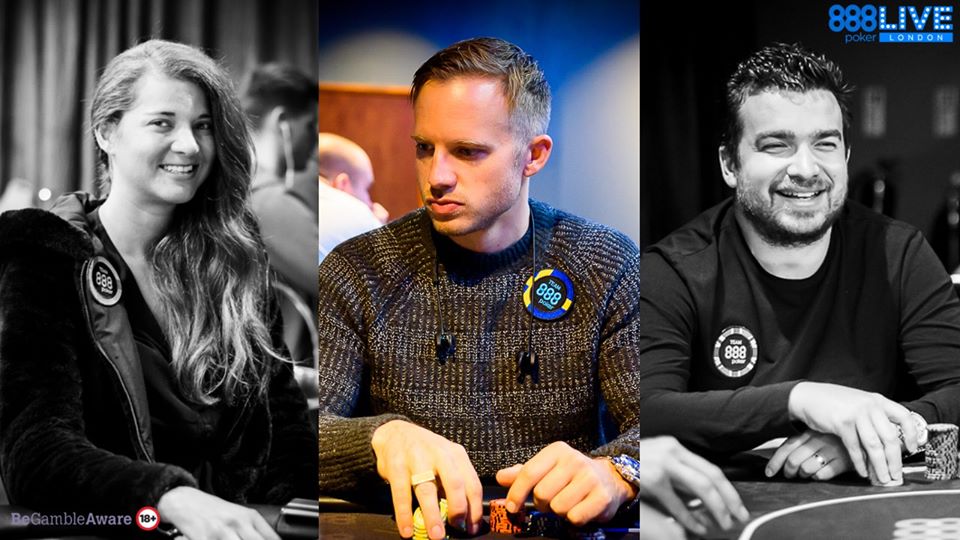 With the first three starting flights in the back, the Main Event was well on the way to meeting the £500,000 guarantee. Day 1D attracted 165 unique runners with 39 re-entries for a total of 204 entries.

Day 1E was the turbo flight, and another 41 entries were added to the prize pool. Of the entries on Day 1D, 79 made it to Day 2, and from the final flight of the tournament, 19 punched their ticket to Day 2.

From the 888poker family, both ambassadors, Kara Scott and Ana Marquez were eliminated, but 888poker Qualifier, Adrian Constantin made the cut with a very respectable, 147,500 in chips.

Day 2 would prove to be a roller-coaster affair for Team888 with 184 runners and a whopping £100K to play for; everyone was focused with their eyes on the prize. Twelve more players decided to throw their hats into the fray, boosting the prize pool to £512,820 and meaning that 63 places would be paid.

After much back and forth, only Vivian Saliba made it into the money and just shy of Day 3. She took home £3,530 for finishing in 26th place. The other 888poker ambassadors weren't so fortunate. Martin Jacobson was the first to fall, followed by Daria Feshchenko. 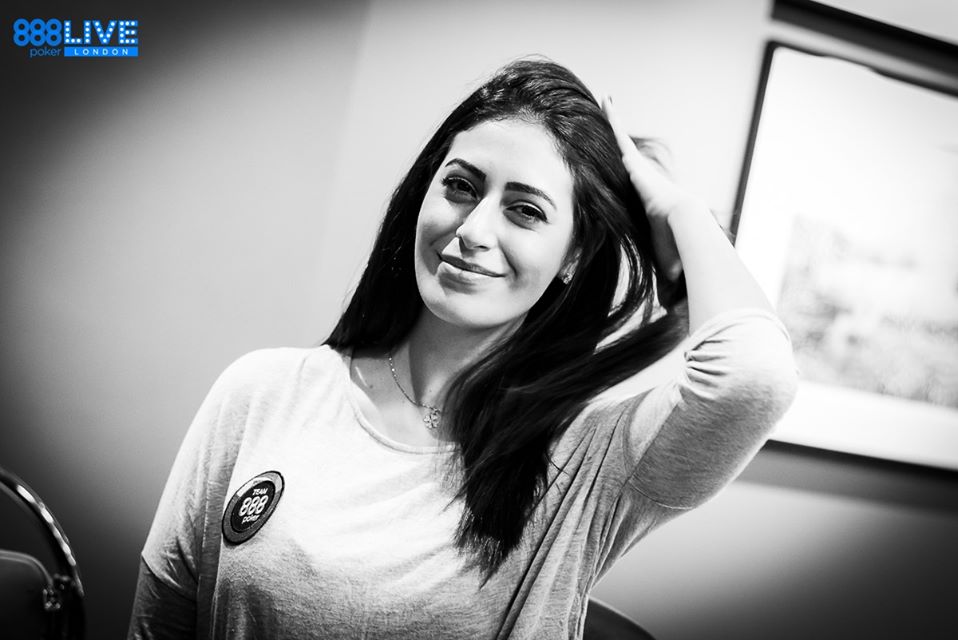 As customary, 888poker had a Ladies Event. While the Main Event played on in the background, the main action was happening just across the way.

Unfortunately, as Team888’s Vivian Saliba was still in the running in the Main Event, she was unable to participate. Still  Kara Scott, Ana Marquez and Daria Feshchenko were able. 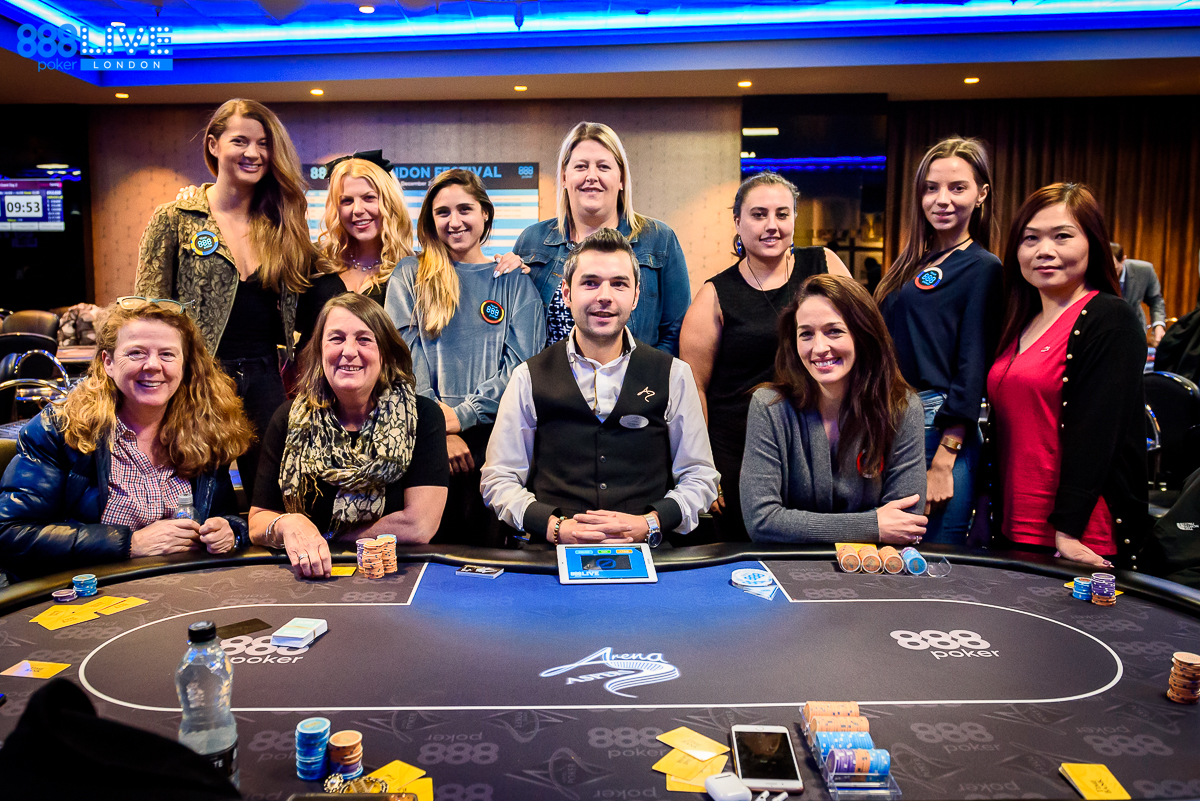 Heads-up action greeted Sofia and Daria, but it was Sofia who prevailed. She took home the trophy, title and a £900 payday. 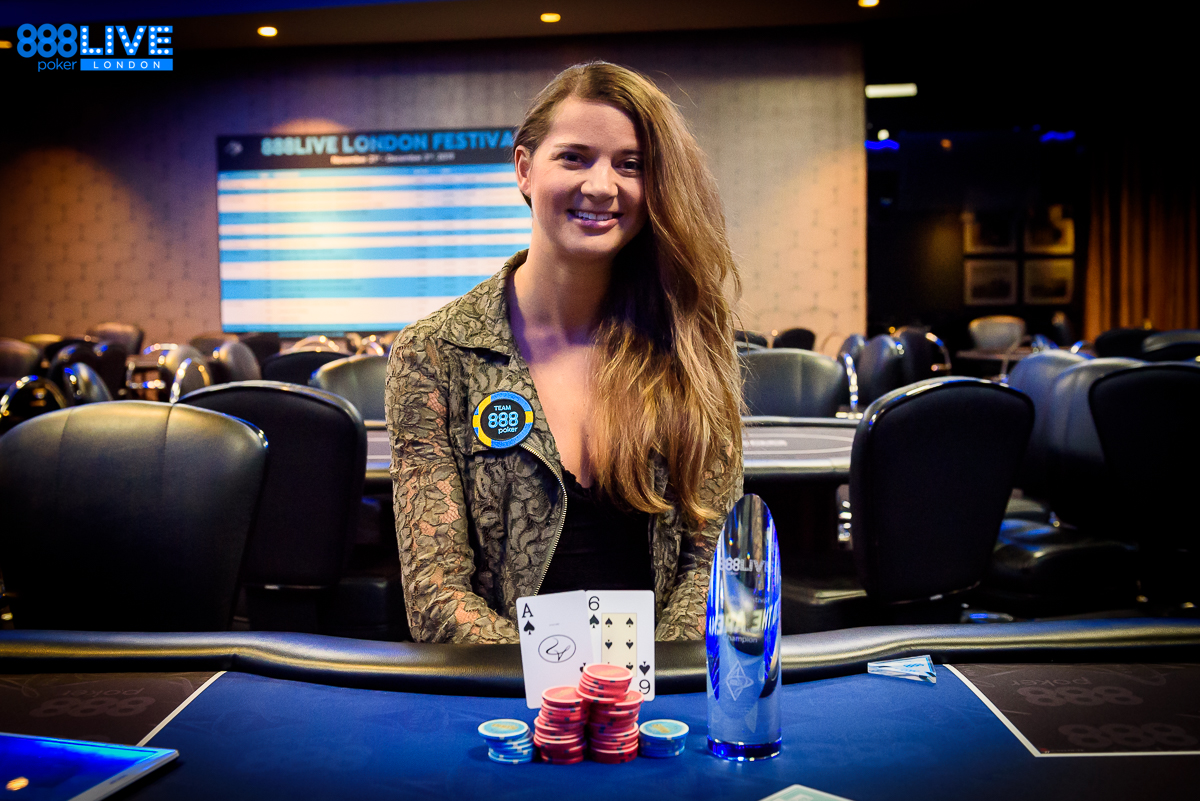 It took a whopping 14 hours to whittle down the 23 runners on Day 3 to just one. – Adrian Constantin. It was just his night. He was on the brink of failure several times, managing to crack second-place, Leon Louis’ pocket kings to stay alive, on one occasion. At one point, heads-up, Louis had 90% of the chips but still managed to come up short. 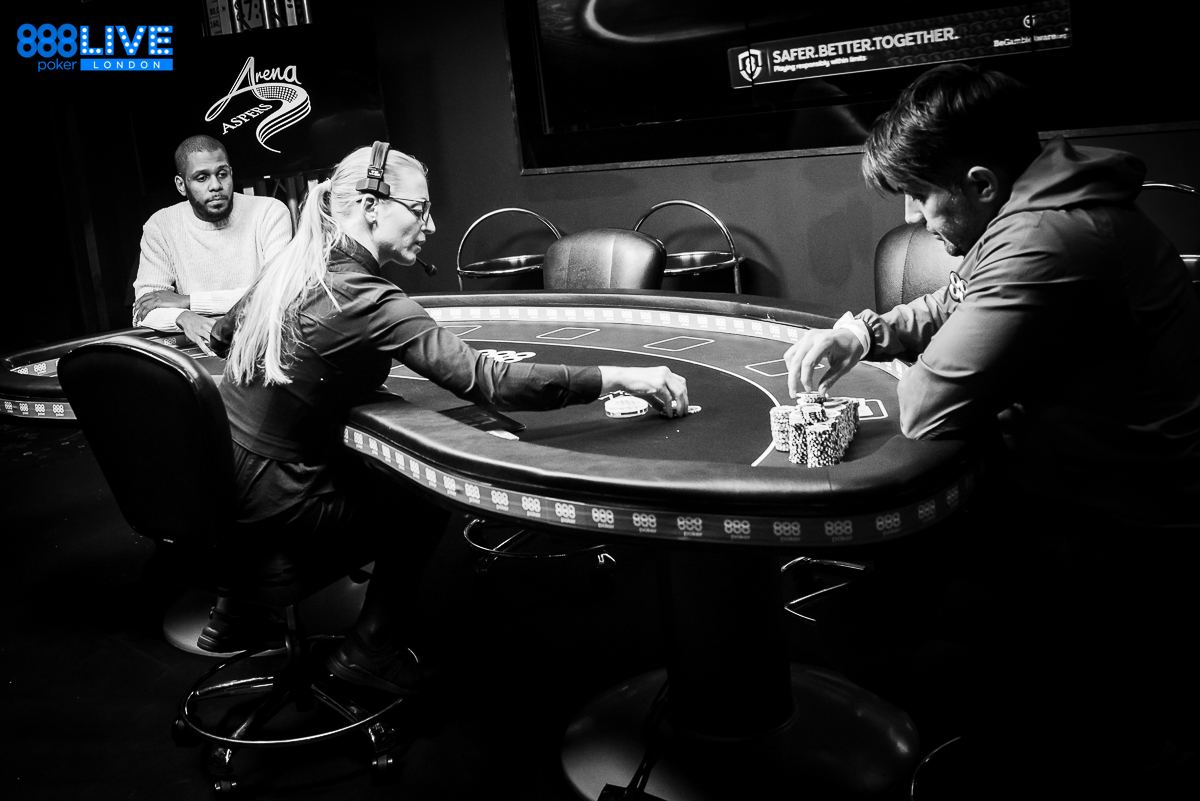 What’s even more remarkable about Constantin’s win is that he won his seat via an 888poker $33 online satellite! And, not only did he walk away £100K richer, he bagged a 2020 WSOP Main Event package, courtesy of 888poker. 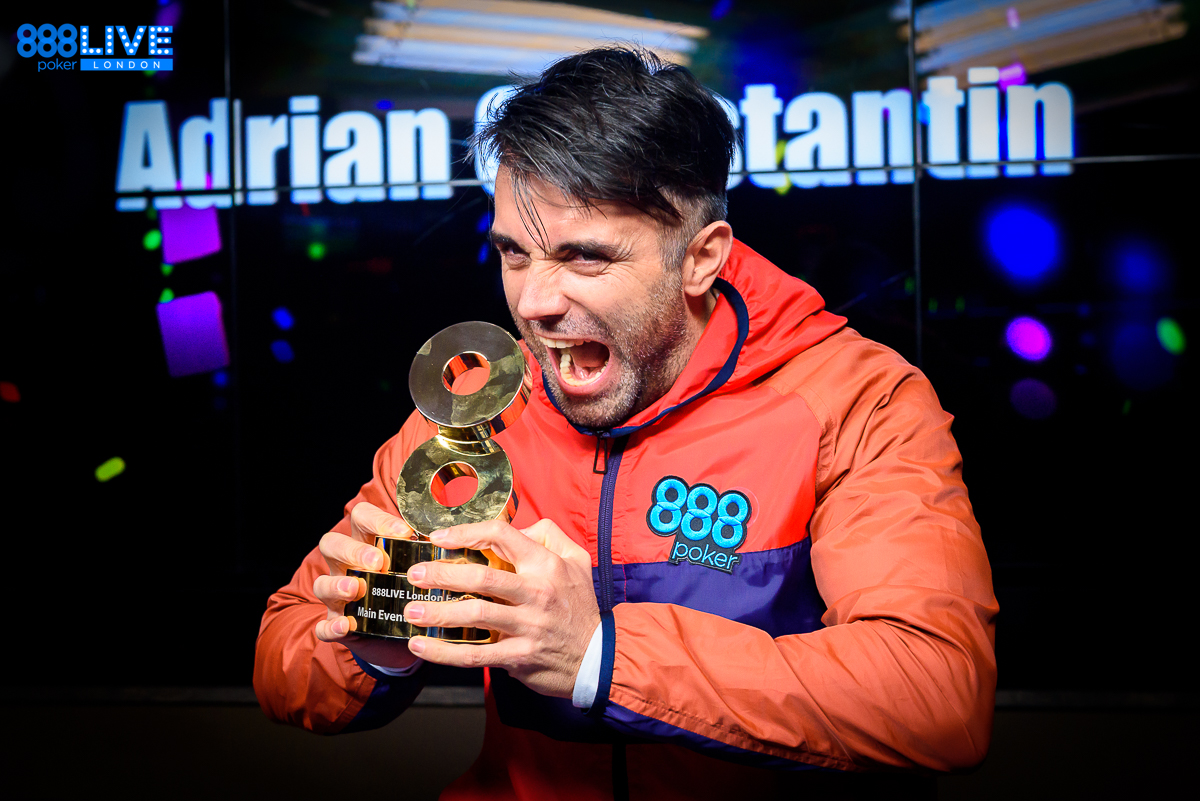 For both players, this was the biggest of their lives, and we wish them even more success at future 888poker LIVE events.

See you in Madrid!