888poker has a long history of hosting Main Event qualifiers, sending hundreds of players to Vegas over the years. Check out this list of famous deep runs! 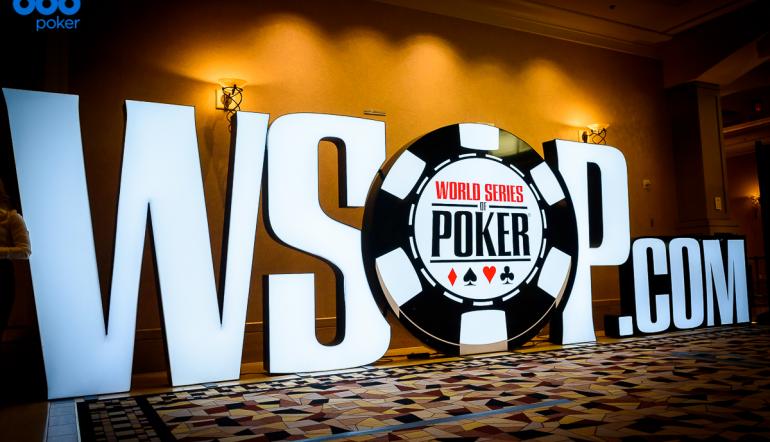 The World Series of Poker (WSOP) is always a special time of the year. Tens of thousands of players make the annual summer pilgrimage to Las Vegas. They wish to compete for poker’s most coveted prize – a gold bracelet.

We at 888poker have a long history of hosting Main Event qualifiers, often sending over a hundred players to Las Vegas each summer.

For instance, we sent 128 players to the 2015 WSOP Main Event. Joe McKeehen eventually won the tournament. He wasn’t a qualifier but did sport an 888poker patch on the way to capturing a $7,683,346 first-place prize.

That same year, British ex-pat Tommy Yates earned his ticket to the Main Event via a one-cent satellite entry. He wound up turning that penny into $19,500 by finishing 486th out of 6,420 players.

Not all Guts and Glory!

While all the qualifiers have fun (who doesn’t like winning their way into poker’s premier event on the cheap?), not all of them find success in the Main. Unfortunately, that’s the nature of tournament poker.

That said, plenty of 888poker qualifiers have struck it big. Heading into the new decade, we thought it’d be fun to take a look back at some of the top 888poker WSOP Main Event qualifier performances from over the years. 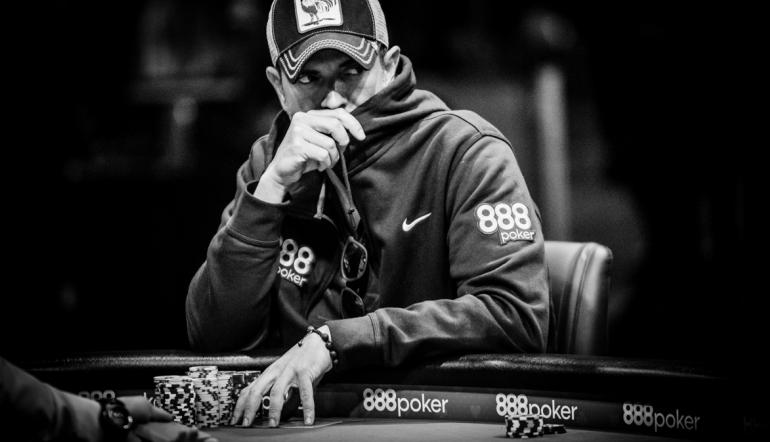 "I was playing the €30 step thinking that I could cash out €250, in case of winning," Pons said at the time. "Only then I realised the €250 was only valid for the next step. I told myself, 'why not?' and then started playing the €250 step. When there were just four left, that is when I started feeling like I could really make it, and I did!"

Pons was one of more than 250 players who qualified on 888poker, and he managed to finish as the last qualifier standing. Not only that, but he also made the November Nine and wound up finishing in ninth place out of 6,737 players for a smooth $1 million. He was the first Spaniard to make the final table since Andoni Larrabe did it in 2014.

That same year, Griffin Benger qualified via a $1,000 satellite on 888poker, and he too made the November Nine. That result made it a banner year for 888poker with two qualifiers at the final table. (It was the first time 888poker had any qualifier at the final table.)

While some qualifiers, like Pons, come out of nowhere, others are quite established in the poker world. Griffin Benger was one such player. When he made the 2016 WSOP November Nine, Benger had already racked up more than $6.4 million playing online, where he was best known as “Flush_Entity.” At several points, he was even the No.1 ranked online poker player in the world, according to PocketFives.

Benger, one of the best Counter-Strike players in the world in the early 2000s, even had a $1 million score playing live. In the 2014 WSOP Main Event, he made a deep run finishing in 90th place for $72,369. All told Benger, who was 31 at the time, had $3.4 million in live earnings headed into that year’s final table.

“To be forced to watch and pay attention to the best poker players in the world 18 hours a week for eight weeks, it was the ultimate crash course training to play like one of the best in the world,” Benger said at the time. “I feel incredibly grateful and lucky to have stumbled into such an opportunity because it's the best learning tool. It was a beautiful experience.” 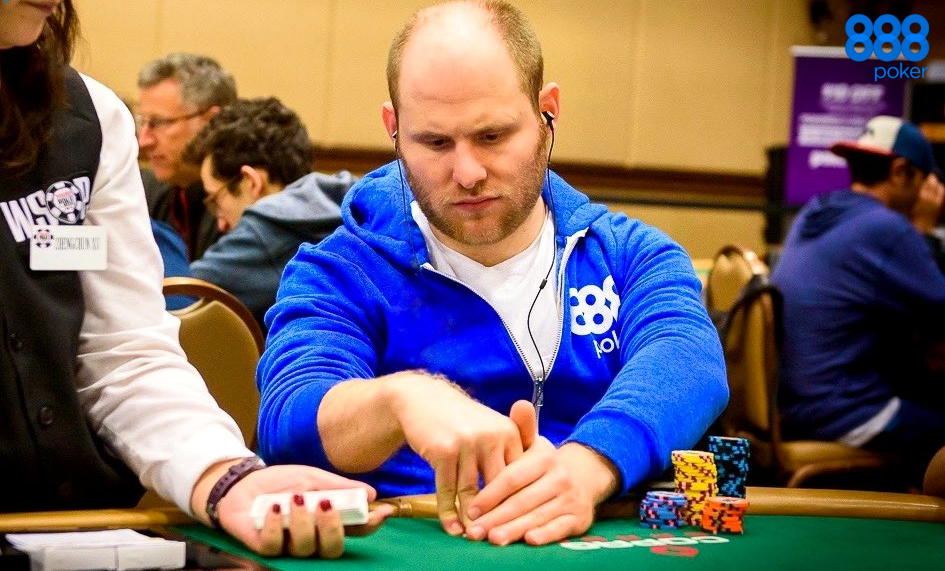 Several poker pros have done well in the WSOP Main Event after qualifying on 888poker. Sam Greenwood, who has more than $22.3 million in lifetime live tournament earnings, was one of 17 qualifiers to cash in 2019.

The Canadian pro was one of the most experienced players left on Day 6 of the Main Event. He used his skills to build a decent stack and looked as if he was going to make a run at the final table.

Greenwood bet 1.8 million, and Su called to see the J♠ on the turn. Greenwood bet again, this time 3.5 million. Su shoved all-in. Greenwood, who had 11.5 million, called it off with the A♥A♣ for aces and jacks.

That showing was ahead of Su’s 10♣9♣ open-ended straight draw.

Unfortunately for the Canadian qualifier, the K♣ spiked on the river. That card gave Su the straight and the biggest pot of the tournament up to that point. Su chipped up to 45.3 million while Greenwood was eliminated in 45th place for $211,945.

That outcome left just one 888poker qualifier left in the field…

Romanian poker pro, Mihai Manole is a WSOP Main Event veteran. Last year, he was playing it for the 11th time after winning his way in via a $100 satellite on 888poker.

“I won it online back in February,” Manole told PokerNews at the time. “I think it was the second satellite. I went from the $100 step to the $1,000 Sunday step. The second time I played it this year, I made it. It felt good to have locked up.”

He continued: “Last year I didn’t qualify, but two years ago I invested like $12,000 in satellites, and I won the seat in the final satellite for a $12,500 package. So, it was nice to have it right away this year.”

While he had played the Main Event nearly a dozen times, Manole had only cashed once up until that point when he finished 122nd for $52,718 in 2012. Fortunately for him, Manole notched his second Main Event cash last summer when he finished in 18th place for $400,000.

He wasn’t easy to eliminate either, getting it in with A♦J♣ against the A♠10♦ of Garry Gates. Unfortunately for the last 888poker qualifier in the field, a ten appeared on the flop, and his fantastic run came to an end.

In last year’s WSOP Main Event, another 888poker Qualifier was Dean Morrone, who hailed from Canada. He turned a $109 satellite buy-in into a massive payday of $59,295 when he finished in 159th place out of 8,569 players.

Morrone, a fabricator in the oil and gas industry, told PocketFives: “I won a $100 satellite on 888poker that gave me a ticket into the [WSOP Main Event]. 888poker flew us here, gave us some spending money, a week in a really nice hotel … 888poker has been really good to us. I highly recommend trying to satellite online to get into this tournament.”

While Morrone initially set his sights on making the money, he soon found himself past that point and in a position to secure a big payday. On Day 5, Morrone had the biggest stack among the returning 354 players.

"It feels like an absolute simulation, I can't believe this is real life,” Morrone told PokerNews after bagging at the end of Day 4. “I've watched this tournament on TV over the years, always just manifested me playing it, it's all coming into effect."

Unfortunately for Morrone, his luck changed on Day 5, and he wound up on the rail, albeit with a very respectable five-figure score to take back home.

WSOP
World Series Of Poker
About the Author
By
Chad Holloway