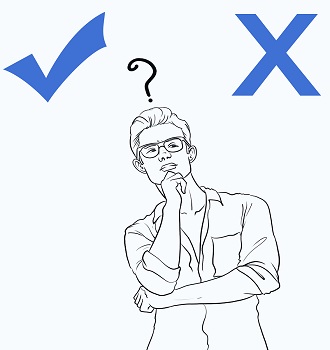 When you look around social media, the poker hands poker players tend to share the most are the ones that players call a “soul read.” These are the epic lay downs or hero calls that we attribute to some sort of sixth sense, rather than a logically deduced poker strategy decision. Nine high like a boss, calling a river shove with king high or the big fold in Rounders. These are hands which make your opponent and everyone else say, “how did you know that?”

These hands are popular in many poker strategy articles and and deeply embedded into the poker psyche. They are particularly alluring when we watch TV and know something the player doesn’t—will they be able to figure it out? The high of making a soul read can be addictive and more of a reward than the pot you win. Many famous players are best known for the best (or worst) hands they played on TV rather than their track record. Every fan remembers when Chris Moneymaker bluffed Sam Farha, Phil Ivey’s reraising war with Paul Jackson, Jason Mercier’s epic call in the EPT and the numerous times Daniel Negreanu’s poker tells skill put someone on their exact hand. 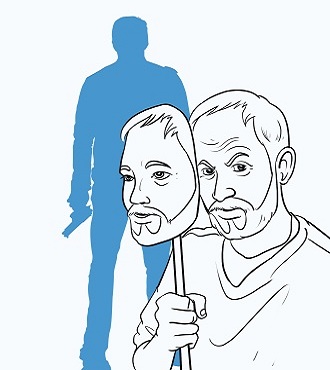 The above highlights some of the best poker videos where players bombard us with their unbelievable soul reads. These These epic hands entertain us, and new poker players are often highly motivated to learn how to pull off a soul read of their own.But as exciting as it is to successfully pull off your first soul read, a problem may have been created. I’ve talked with many players who became addicted to soul reads type plays, and try them so often they turn into a costly problem. Many experts believe one of the reason for Phil Hellmuth’s success is precisely because of the extraordinary lengths amateur players will go to try and own him. The few times it works they make his highlight reel of blowups, and the next thousand players have been encouraged to try and do the same against him.

Due to the variance and incomplete information in poker, it is easy to convince yourself that a bad decision was a profitable play. In that respect, an ill-timed soul read is no different than playing a hand because it’s lucky or playing above your bankroll because you know you’ll win. Here are some of the ways poker players rationalize making high variance bluffs or hero calls: 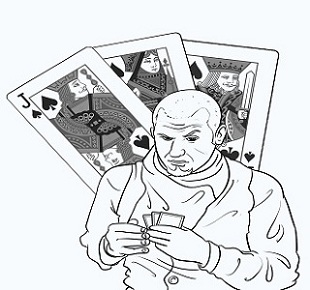 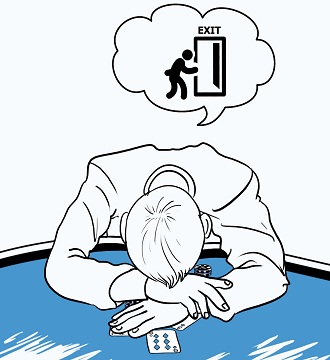 To be fair, these points can all be solid reasons to make a play. They’re not always an excuse for making a bad decision. But, it’s important that you know whether you’re making a well-timed soul read that’s profitable long term, or mistake. Even profitable players, who consistently make solid soul reads, because of a tell in poker, get it wrong from time to time.

Whether this is a problem that happens often or infrequently, the first step to correcting it is the same. Study the instances when you ignore poker tips, make the wrong play and force a poorly-timed soul read. Does it happen when you’re tired, lose all poker tilt control or are or are bored? What mental game of poker factors do you fail to consider or analyze properly? Is it more likely to happen when you’re winning or losing money? Create a clear description of the situations where you’re likely to force a soul read, the reasoning you’ll use to justify it, and how your decision making breaks down. Study them all regularly. This will train your mind to spot the situations when an ill-timed soul read is likely to occur, so you can avoid making a mistake.

If this strategy works for you, there isn’t a deeper problem. But that’s not true for everyone. Regardless of how good you are as a player, if there are times when you can’t help yourself and become compelled to pull off a soul read, you are likely chasing the high that comes from pulling one off. Winning money and making the best decision is no longer your main goal. The soul read is the win you’re after. Even if it goes against common poker tells and costs you a lot of money to get one. 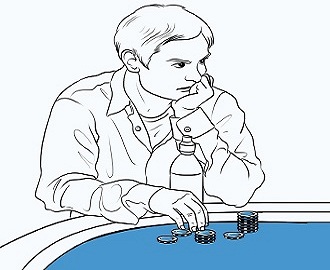 Breaking this cycle can be difficult because these plays appeal on such a visceral level—it’s one reason you love the game. Players are often convinced they can simply stop themselves from attempting a soul read type play by studying poker strategy guides or saying, “don’t do it.”The problem with this solution is it doesn’t get to the heart of why they want to attempt one in the first place. Instead, it creates hidden tension that can eventually blow-up. Tension is created every time they successfully force themselves not to make the play they really want to make, especially when folding. The tension is a result of not getting the high they crave from reading poker tells and getting it right.  It’s like a form of withdrawal that will eventually become so intense that logical decision making will disappear and they become fixated on finding soul reads to make.

To truly solve this problem, you need to get at the heart of why you’re chasing the high. Does a hero call make you feel like an elite player? Do you want to be able to tell poker players that you’re more skilful player than you actually are? Does it make you feel better than your opponent? Does it validate your decision to devote a lot of time to poker games? Do you think it’s important that the other players at the table recognize your skill? Do you desperately want to avoid feeling owned, like when another player shows you a bluff or when your bluff gets snap called? Think about these questions before you play next, and then again after the next time you feel the urge to pull off a big play. 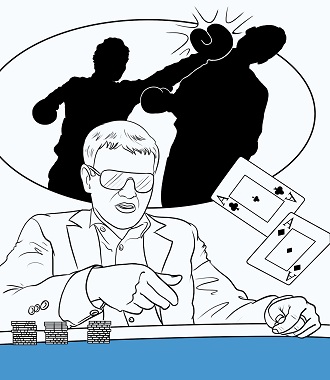 The players that I’ve coached with this problem using my poker videos tend to have an underlying weakness in their confidence. The size of the weakness varied—some were small and related just to poker, while others tended to be deeper, more personal, and began before they started playing poker. Either way, these players chased the high from a soul read as a subconscious attempt to correct the weakness in their confidence. They had lost all sight of the poker tips for beginners and advanced play they had picked up along the way. Pulling the read off made them feel like they had made it, like they were the best player at the table, or that they couldn’t lose. Play close attention to how it makes you feel, because there’s a flaw in it. Once you figure out the flaw, you can correct the weakness in your confidence and your addiction to soul reads.