What is Angle in Poker?

In poker, the word angle is used to describe a way of gaining an unfair advantage at the tables. The act of deliberately trying find and use angles is referred to as angle-shooting. Not all forms of angle-shooting are directly against the rules of poker, but almost all of them are unfair and run the risk of getting you kicked out of the game. Once common example of angle-shooting is to deliberately act out of turn at the table in an attempt to influence the action. 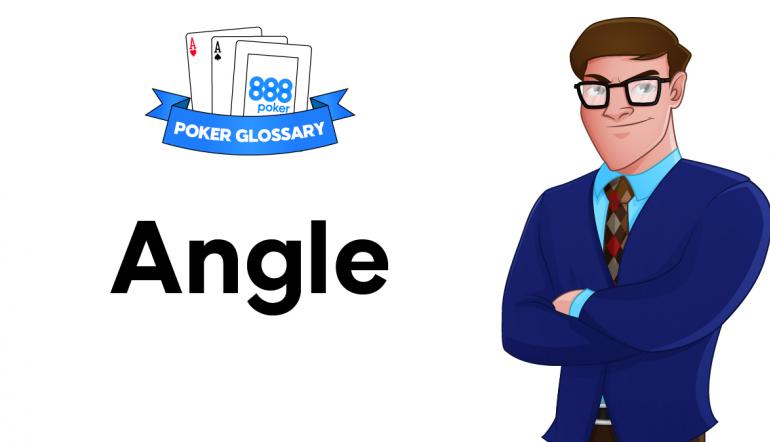 Angle-shooting is a mild form of cheating. It doesn’t involve directly breaking the rules of the game, but rather looking to exploit weaknesses and ambiguities in the rules. Activities such as botting, collusion, and manipulating the deck are not angles; these are example of downright cheating.

Here are three examples of angle-shooting.

1. We say “raise” but then put only the call amount into the pot. Afterwards we claim that we meant to just say “call”. According to the rules, our raise stands. However, we look weaker than we actually are because our opponents mistakenly believe we wanted to just call.

2. We act out of turn, hoping to influence the action before us. We claim that we “thought it was our turn” even though we didn’t. A player before us who would otherwise have open-raised, decides to fold instead.

3. We shove all-in preflop (perhaps in a short-stacked scenario) and claim that we are “shoving blind” (haven’t seen our cards).  Actually, we have discretely noticed that our hand is a premium and want to generate a wider range of calls. Tony G had the gall to use this angle on live TV against Phil Hellmuth.

Note: angle-shooting is considered unethical and not recommended. It essentially amounts to cheating and can easily get you kicked out of your local casino.

Example of Angle used in a sentence -> Hand for hand tournament play was introduced to stop players angle-shooting by taking a large amount of time to act around the bubble..