What is Chinese Poker in Poker?

Chinese poker is simply a type of poker game, although it’s quite different from some of the form of poker we might be familiar with. For a start, players don’t make use of chips like in common poker variants such as Hold’em and Omaha. Instead, players play for points or units. The objective is to arrange our cards into three rows where points are awarded for rows that beat our opponent’s corresponding row. Like Stud games, there are many different versions of Chinese Poker so it’s definitely a good idea to recap on the exact rules before playing for real money. 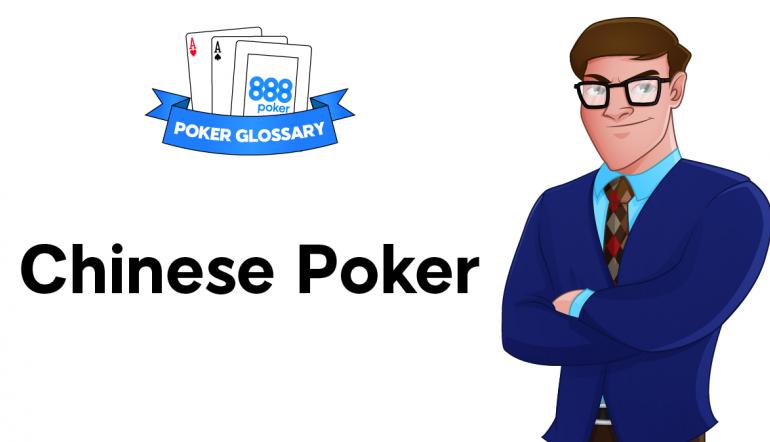 Chinese poker is played with 2-4 players, although most recently it has become popular in the heads-up open-face “pineapple” format.

Unlikely other variants of poker, Chinese poker is not played for chips. Instead, it is played for points, with each point having an agreed on monetary value.

Players must arrange their 13 cards into three rows.

Rows are matched up individually against the opponent’s corresponding rows to determine who wins each row. Each row is worth one point, although a “scoop” bonus (three points) is awarded to a player who wins all three rows (or if his opponent’s hand is declared foul).

Chinese poker -> There are lots of soft Chinese Poker games around, so it might be a good poker variant to consider learning.

How to Use Chinese Poker as Part of Your Poker Strategy

Similar to Stud games, there are a number of different variants of open-face Chinese poker. Before sitting down at an open-face Chinese table, it’s a good idea to make sure we are 100% familiar with the rules offered by that particular variant.

As a general guide it is better to only win one row than to overextend ourselves and run the risk of fouling. Although losing two rows is not a great outcome, our opponent will get a 3 point scoop bonus if we hold out for a super strong hand in the bottom row and end up bricking.

The open-faced variants are also similar to Stud in the sense that there is a very large amount of available information on the table at any one time. Excellent open-face Chinese players will assimilate as much of this data as possible when making their decisions. They will do this in at least two ways -

1) Good players take into account blocker effects and understand when it is more or less likely that a draw will hit. For example, if we are waiting on a heart to complete a flush, our odds are dramatically decreased if we see that our opponent already has 4 hearts on his board.

2) Good players understand that a point is a point no matter how strong the holding. In open-face our objective is simply to beat our opponent’s rows. If he has King high on one of his rows, we only need Ace-high in order to win. It’s better to win marginal victories on all three rows as opposed to crushing villain on one row and losing on the other two.