What is Last Longer in Poker?

Last longer is a side bet made between tournament players on who will be the last to get knocked out. Whoever lasts the longest wins the bet and receives the agreed upon prize. 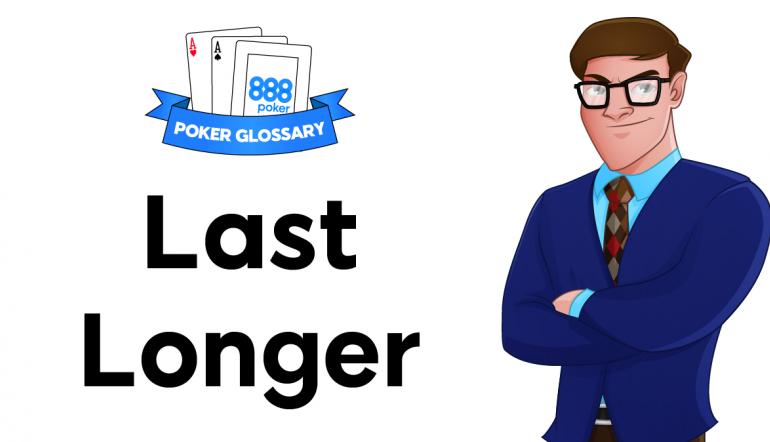 A last longer bet is a wager to see who can last the longest in a knockout tournament. The odds might typically be 1:1, but players can offer any odds they see fit.

This type of wager is made between two individuals and has nothing to do with the tournament prize-pool itself.

Perhaps if the buyin of a tournament is on the low side, two players might decide to make things interesting by placing a sufficiently large last longer bet on the side.

Example of Last Longer used in a sentence -> The stakes of the tournament were quite low so we decided to make a last longer bet to keep things interesting.

How to Use Last Longer as Part of Your Poker Strategy

If we find that the value of our tournament life and the value of our last longer bet are similar, we find ourselves in some sort of murky grey area. Then again, this also means it ultimately matters little which of the two we prioritise.

Like all other types of wager, last longer bets should mostly only be considered if we feel we have an edge, or that taking the bet is incentivized by the offered odds. Perhaps last longer bets should be avoided in important tournaments (such as WSOP main event) where players don’t want a conflict of interests preventing them from being able to take down the title (but this is simply a suggestion).