What is Lowball in Poker? 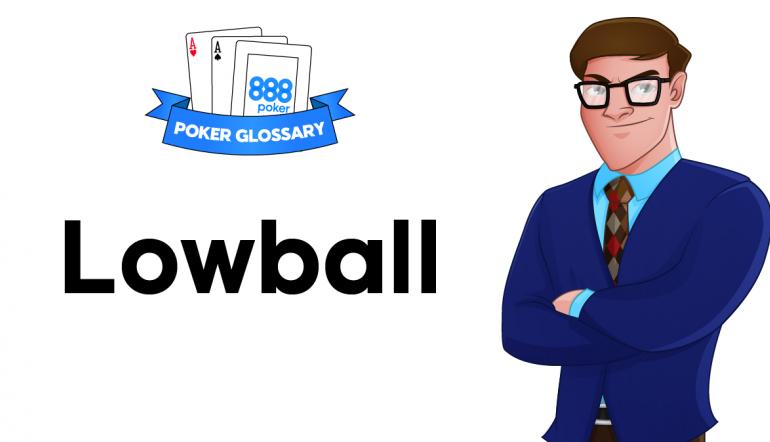 A lowball variant in poker is one in which the lowest or “worst” hand wins. Of course, in the context of a lowball game the lowest hand is actually considered the “best” hand not the “worst”. But, “worst hand wins” is an easy way of explaining the concept to newcomers.

Note that hand rankings in lowball games are not necessarily equivalent across all variants. For example, the best (lowest) hand in Razz is A,2,3,4,5 while the best (lowest) hand in 2-7 Triple Draw is 2,3,4,5,7. In some lowball games straights and flushes count against our hand, while in others straights and flushes are ignored. For more information on low hand rankings work see the glossary entry under Low Hand.

Example of Lowball used in a sentence -> Both Razz and Stud are examples of lowball poker variants.

How to Use Lowball as Part of Your Poker Strategy

In lowball variants of poker we want to be starting out with holdings that have excellent co-ordination in terms of making a decent Low. We should hence look towards discarding our higher hands on earlier betting rounds in lowball formats.

Since lowball variants of poker are not played commonly by the majority, simply having a good understanding of the rules and being able to read hands well can go a long way. It’s surprising how often a player will misread or misunderstand the strength of their holding when playing a lowball format. It’s hence often relatively easy to profit simply by avoiding obvious mistakes.