What is Short Stack in Poker?

A short stack is any player that has less than the usual amount of chips for a certain game. As an example, in cash games, many players rebuy if their stack falls short of 100bb. As such, any cash game player with a stack less than 100bb may be referred to as a short stacker. Professional short stackers are players who deliberately buy in with a smaller than average stack in order to exploit the fact that they have explicitly studied short stack strategy. 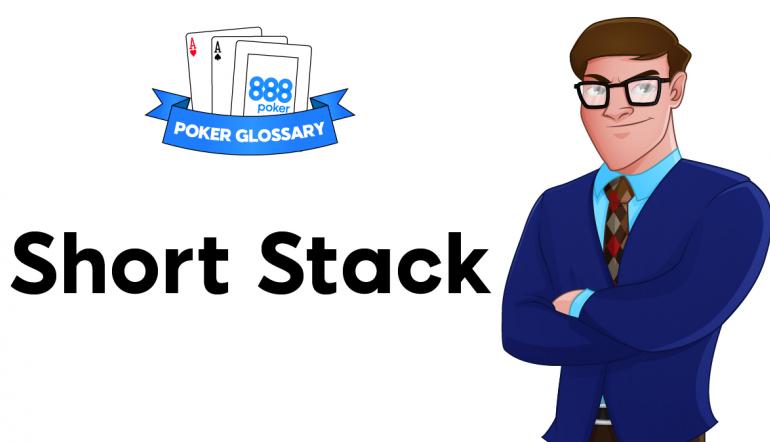 Cash game players typically rebuy when they drop below 100bb. Any stack-size below that can hence be described as a “short stack”. The term is mostly commonly used for stack sizes below 50bb however since the term “mid stack’ may sometimes be used to describe stack sizes between 50bb and 99bb.

There is a difference between professional short stackers (players who buy in shallow as a strategy) and recreational players who end up short stacked after losing a number of chips from their original stack size.

Example of Short Stack used in a sentence -> Make sure to steal a tighter range on the button if the players in the blinds have short stacks.

How to Use Short Stack as Part of Your Poker Strategy

The basic component of short stack strategy is that it is necessary to stack off significantly wider both preflop and postflop than it would be if we had a full stack (100bb+). Short stackers generally look to take advantage of the fact that many full stack players don’t understand how to adjust correctly to different effective stacks.

While playing with short stacks in cash games is less common, understanding how to play short in tournaments is crucial. In the majority of poker tournaments, entrants will find themselves with less than 20bb at some point or another. When playing short stacked, most of the important decisions happen on the preflop and flop since there are often not enough chips to make turn and river decisions.