What is Sick in Poker?

Sick is a slang term that originated from outside of the poker world. It generally applies to extreme situations, whether good or bad. For example, the term ‘sick upswing’ would refer to an upswing that was way bigger than average. A ‘sick beat’ would be a bad beat that it significantly worse than normal. Its usage is not especially different in a poker context compared to general slang use in the world outside poker. 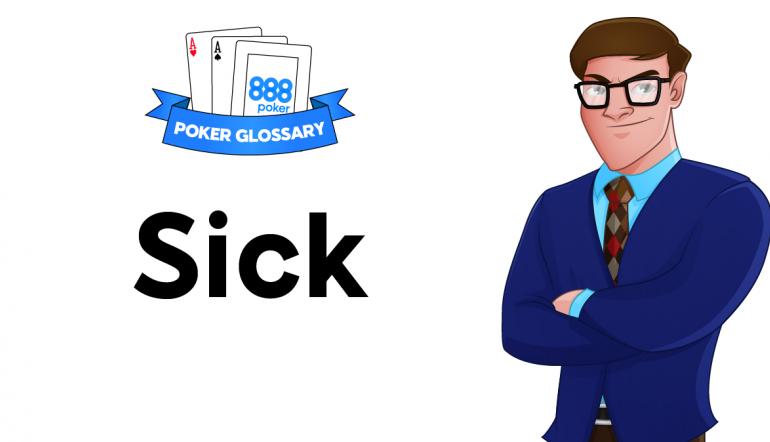 The term “sick” is not primarily a poker term. It’s rather, a popular colloquial term, the usage of which spreads far outside of poker.

An adjective similar to cool referring to something that is either great or completely wrong.

As we can see here the term sick can be used with both a positive and negative connotation. The meaning will depend heavily on context. In either case, the term is usually used to describe something which falls outside the spectrum of standard results/events.

Example of Sick used in a sentence -> I played for several hours last night and went on a really sick downswing.

How to Use Sick as Part of Your Poker Strategy

There is no real need to understand the colloquial term “sick”. As discussed, it is not primarily a poker term. However, not knowing this term (it’s primarily used amongst the younger generation) could potentially feel us leaving left out of a poker conversation that we are not following.