Whale is the name given to a very rich but very bad poker player. The meaning of the word whale has broadened to include any extremely bad poker player regardless of the stakes however. So, a very bad player at the lowest stakes cash games online could also be described as a whale even though the term was originally reserved for high stakes players only. The term was borrowed from the financial investment world, where a very rich investor is referred to as a whale. 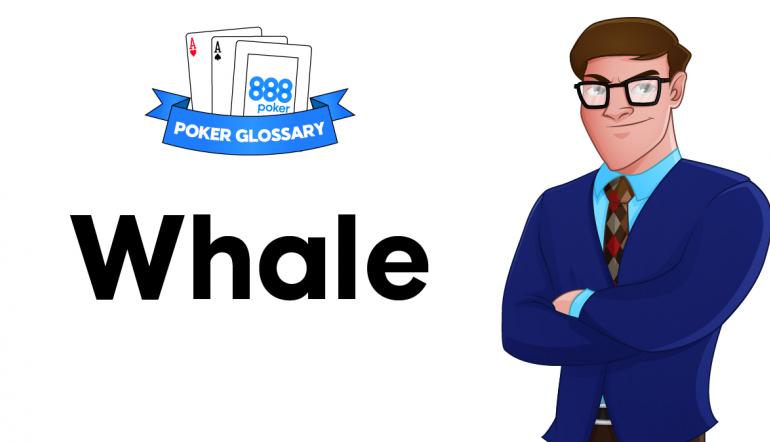 The term “whale” had its origins in the financial markets before being applied to poker. It was used to designate an investor with so much capital that their day to day decisions had the potential to influence the entire direction of the market.

Of course, in investing terms, a whale might be a skilled investor. In poker, the term is applied almost exclusively to weak opposition and in many cases may be used interchangeably with terms such as “fish” and “donk”.

The main difference with the term whale is that it is sometimes used exclusively to describe bad but rich poker players. In other words, high stakes recreational players who have large amounts of money, perhaps due to their success in other areas of business.

In the modern era the term “whale” is often applied to any exceptionally weak poker player, regardless of the limits being played. It’s not uncommon to hear a 2nl online cash game regular described as a “huge whale” despite the fact he is clearly not bring a lot of cash to the table.

Example of Whale used in a sentence -> I had planned to sleep hours ago, but then this huge whale showed up at my tables.

How to Use Whale as Part of Your Poker Strategy

Identifying and targeting weaker players at the table is an important skill in maximizing winrate. This is especially true in the higher stakes games where the average level of competition is a lot tougher. Good table selection can often make or break the winrate of a professional player.

What is Stab in Poker? 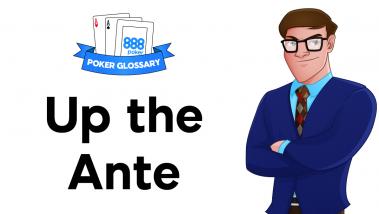