Many dismiss poker as reckless gambling - full of hopeless degenerates losing their shirts. But is this the case? 888poker investigates the truth. 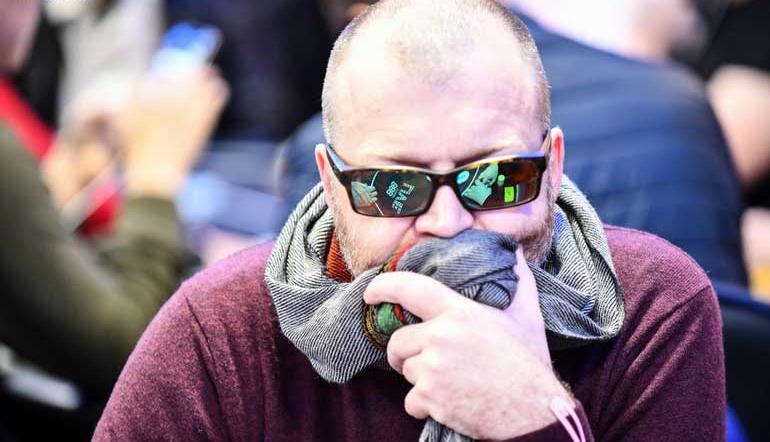 When I told my mum I was going to play poker professionally, she had a meltdown. Her understanding of the game was based entirely on the horror stories she’d seen in the movies. Since my dad struggled with gambling, she’d had her own negative experiences too.

She’d dismissed poker as reckless gambling. She believed the community was full of hopeless degenerates. They were either losing their houses or getting kneecapped and mugged when they won.

My attempts to convince her otherwise fell on deaf ears. They were very logical and backed up with graphs and profits. Still, all she heard was the deluded excuses that all typical gambling addicts spit.

It’s hard to argue that poker isn’t just mindless gambling to someone with little to no experience with the game. The presence of stake and cards seem so damning.

I’ve compared poker to chess in a previous article. Even as a chess noob, I've no problems convincing someone that chess isn’t gambling.

And what’s the difference between poker and chess? You guessed it; it’s the cards and stake.

Let’s try to figure it out. 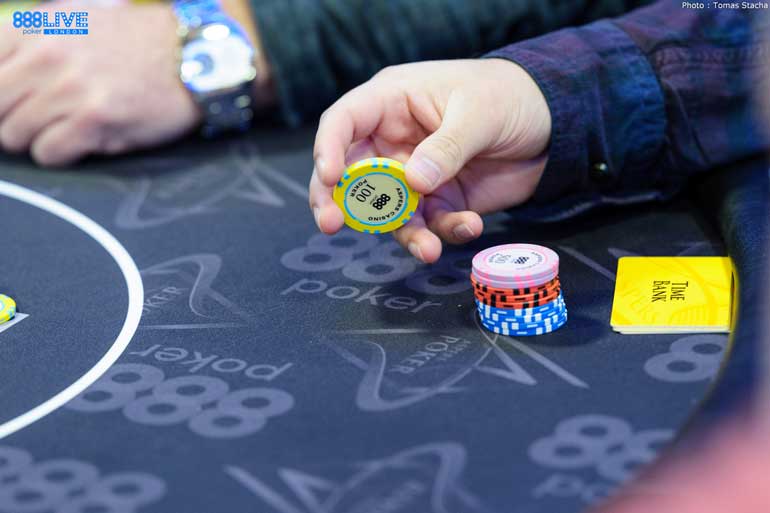 Poker - What Is Gambling?

Whether or not you consider poker gambling depends on your interpretation of the word  ‘gamble’.

Wikipedia describes it as the following:

In this light, poker is clearly gambling: We have a stake, a chance of losing, and a prize if we win. But don’t these constraints apply to all areas of life?

What Isn’t a Gamble?

The Stratosphere Casino in Vegas has a mini theme park on top. One of the rides is called X-Scream. It dangles you off the edge of the building, around 900 feet in the air, in the name of ‘fun’.

BMJ Injury Prevention claims that four people die on roller-coasters in the USA each year (and others get banged up or bruised). So, riding the X-scream is a gamble by definition.

Even if the risks are low, it still has all the necessary ingredients:

1: Consideration: Your life/body (from severe or minor injury).
2: Risk: The chance of an accident.
3: Prize: A adrenaline rush and sense of achievement

And by extension, there are a few things in life that aren’t a gamble?

Though none of these is likely,  they’re more of a gamble than betting the nuts on the river…ironically.

Almost everything is just another measured case of risk vs reward, and isn't this precisely what good poker is?

So, is poker gambling?

Well, I’d say quite conclusively, Yes, but so are a lot of other things.

The truth is that it’s impossible to live an exciting life without risk. As Facebook founder Mark Zuckerberg said:

“In a world that is changing really quickly, the only strategy that is guaranteed to fail is not taking risks.”

As someone that’s done pretty well from the risks he took, I think it's safe to say his argument is as sharp as his nose.

Even though we’ve established that most things in life are a gamble, there are undoubtedly things with more risk than others.

I know - you’ve got ‘a system’, for example. But it’s pretty obvious to see that riding a roller coaster in Vegas is less of a gamble than betting your life savings on red.

The question is, who draws the line between what gambles are socially acceptable, and how do they even decide where to draw it?

Whereas there’s no concrete law to this, I think it’s once again simply a matter of risk and reward.

I guess the concept looks something like this chart below:

As a 60% favourite, there is no question that this is a pretty profitable gamble for you, But would it be a socially-acceptable gamble to take?

To give a simple ‘yes’ or ‘no’ would be a matter of perspective. But I think few would disagree that it’s a way more socially acceptable gamble for someone with $100,000 in the bank than for someone with only $2,000. And they would have to borrow $8,000 to make the bet.

I think a lot of poker’s negative social stigma comes from tales of people like the second person in this example.

Of course, one of the most significant differences between poker and most other forms of ‘gambling’ is the prevalence of skill. Whereas there is a lot of luck and chance in a poker hand, this reduces significantly as the sample of hands increases. 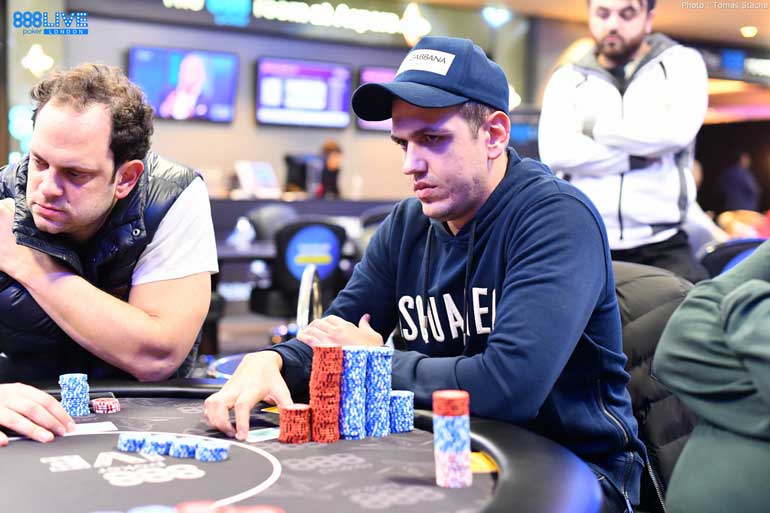 What About Skill in Poker?

Poker players can get defensive when people try to dismiss poker as " gambling". Many outsiders see poker with the same negative social stigma attached to skill-less casino games like roulette and craps.

Players spend countless hours working on their poker strategies. So, this comparison feels like an injustice.

It’s a frustrating discussion to have with poker muggles. The importance and complexity of poker strategy aren’t apparent until you immerse yourself in the game.

The ‘poker is luck’ chant is where the whole ‘is poker gambling’ debate gets heated.

May the Odds Forever Be in Your Favour

A solid place to draw the line between socially acceptable gambling is to look at casinos and sportsbooks. Both are business establishments rather than gambling halls.

But many dismiss the people that use their facilities as ‘gamblers’.

As far as I can see, there are two main differences. (We can argue whether casino jobs and facilities have a positive impact on communities another day):

1: The house edge. The most significant difference between a casino and a gambler is the house's edge. In every game that runs, the casino is a favourite to win. It’s the certainty that casinos depend upon.

2: Their risk of ruin. Casinos are typically huge enterprises with a lot of money. The table limits and maximum bets ensure that they have an extremely low risk of ruin. In reality, the biggest threat to a casino is a lack of action.

With this in mind, it seems that good poker players have a lot more in common with a casino than regular "gamblers".

Casinos offer a great comparison between good winning players and gambling. But they don’t fit the majority of poker players who are either big or small losers.

In my mind, the most appropriate comparison between poker and gambling is in the stock market. I’m no Jordan Belfort, But I know enough about investing to see that the best investors are those that have an edge over the rest. 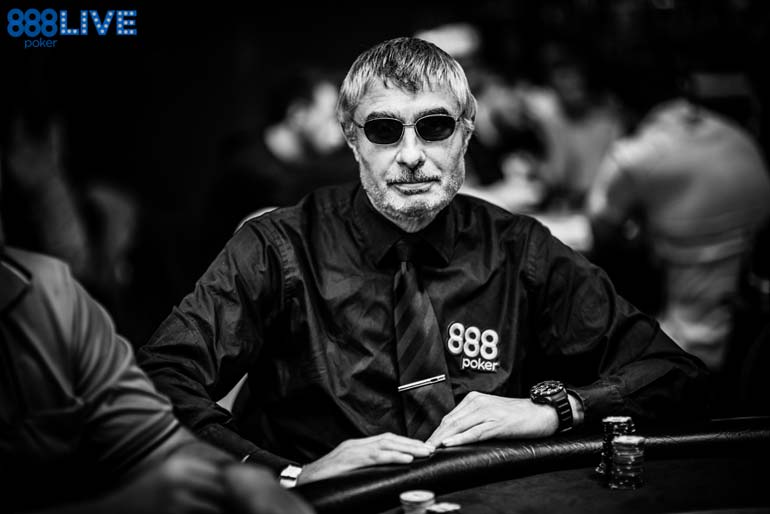 Whether from inside knowledge or a superior analytic program, the most skilled investors will typically make the most money.

So, it is possible to beat the stock market with good decisions. But even perfect decisions can never overcome a casino's house edge.

More than that, the unstable nature of the stock market gives investing the same thrill and adventure that you find in poker. You can never replicate this thrill in a casino where you bet with a known disadvantage.

In poker, skill pays. What can be wrong with that?