888poker presents a hand from the ARIA 2016 SHRB with hand analysis from poker pro, Matt Berkey as he faces off against Bryn Kenney. 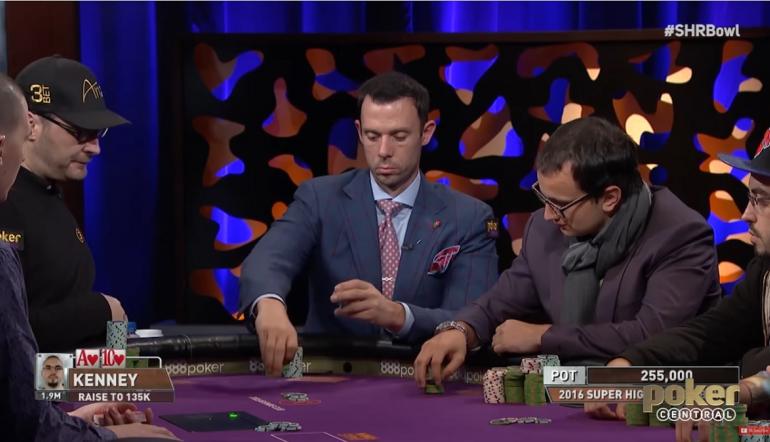 In this hand, which occurred in the late stages of the 2016 SHRB, a short-stacked Matt Berkey, in the big blind with a marginal holding, called a small raise from Bryn Kenney. Why didn’t he just shove or fold from the get-go? We decided to ask him.

“At this point, the money bubble had already burst, and I’m by far the shortest stack, so ICM (Independent Chip Model) considerations no longer exist,” said Berkey. “Now my only decision is, can I play my hand profitably out of position being laid a price of nearly 4-to-1. Given that I’ll have exactly a two Stack to Pot Ratio(SPR) moving forward, there will be nearly zero difficult decisions after the flop. Because of my chip position, there is no consideration for preserving my stack. My only objective is to find spots to accumulate, and given the juicy price I’m being laid here, it would be an absolute mistake to fold.”

For those unfamiliar with SPR, it’s a term coined by Ed Miller in his book Professional No-Limit Hold’em: Volume 1 to describe the effective stack sizes divided by the size of the pot on the flop.

In Berkey’s case, his SPR was so low it made things easy postflop. With so little room to manoeuvre, he was either going to get it in or fold.

“It’s very important to ask ourselves, ‘Why am I open jamming rather than checking?’ The obvious answer is because we hope our opponent folds,” Berkey explained. “However, let’s analyse exactly what hands Bryn would consider folding in this spot given the information we have thus far. He opened from the hijack with a comparable stack and tough player in Fedor Holz, to his left. He also has Erik Seidel next to act with a 15-big blind stack, which is perfect to re-shove, as well as myself in the big blind with 7% of my stack already committed.”

Berkey continued: “It’s logical to deduce he has a reasonably strong opening range. Given the board texture it would be difficult to find many hands in an opening range, no doubt dense with pocket pairs and paint, that would fold to my open-shove. Perhaps we have some fold equity against his ace-high holdings, but he’ll have to protect a lot of those by checking behind when checked to, which still allows us to realise our equity cheaply. In short, I feel as though we allow Bryn to commit nearly zero mistakes by taking an open-shove line.” 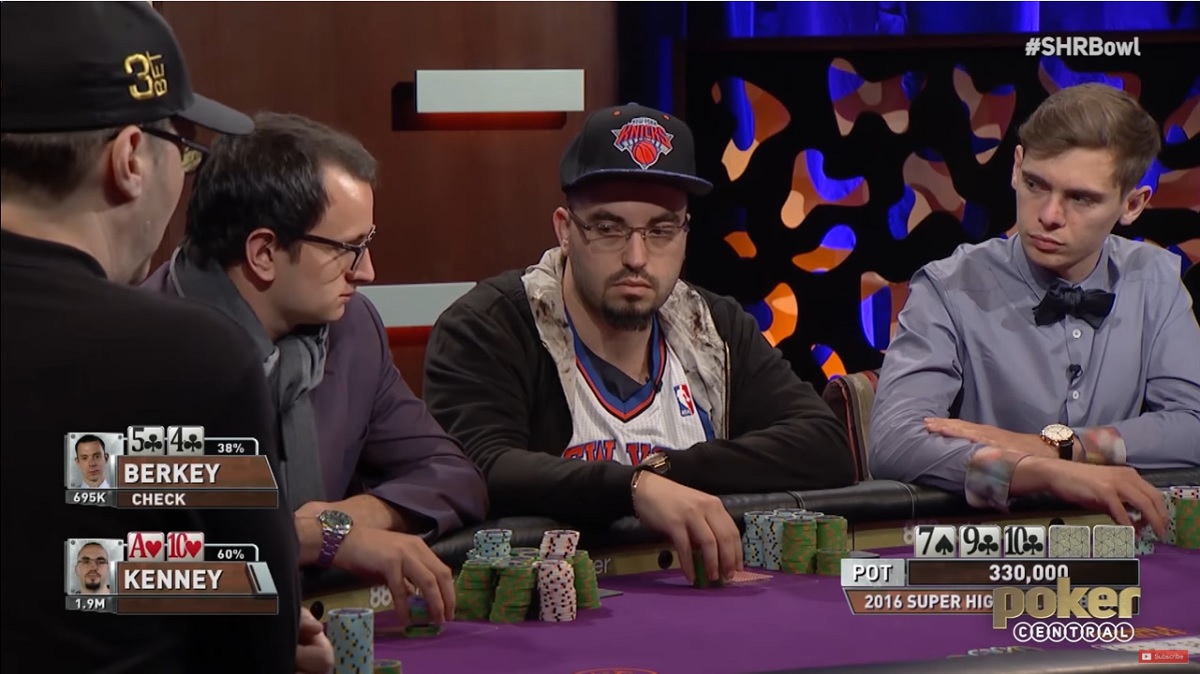 After the chips get in, the 6♣ and 5♠ appear on the turn and river respectively, which gives Berkey a flush and a double to 1.72 million. It worked out great for Berkey, but what if Kenney had checked back the flop?

“I think the texture of the turn is very important,” Berkey replied when asked that very question. “There really are no blanks on a board texture such as this one, outside of an offsuit two or three. That being said, I am quite resigned to checking with the intent to shove on most turns, club or no club. I think I’d be inclined to check-fold on a turned offsuit king, queen or jack as I wouldn’t anticipate there being many hands in Bryn’s check-back range that would be betting and folding on those turn cards. Given the reduction in equity with only one to come, my hand requires fold equity in order to continue aggressively. Living to fight another day with a stack that still possesses fold equity moving forward would ultimately be my fate if Bryn hypothetically checked back and I bricked.”

For those who don’t know, Kenney ended up finishing the tournament in sixth place for $800,000 while Berkey did him one better by finishing fifth for $1.1 million, his largest career score.