888poker presents a hand from the ARIA 2016 SHRB with hand analysis from 888’s Chris Moorman as Jason Mercier faces off against Fedor Holz. 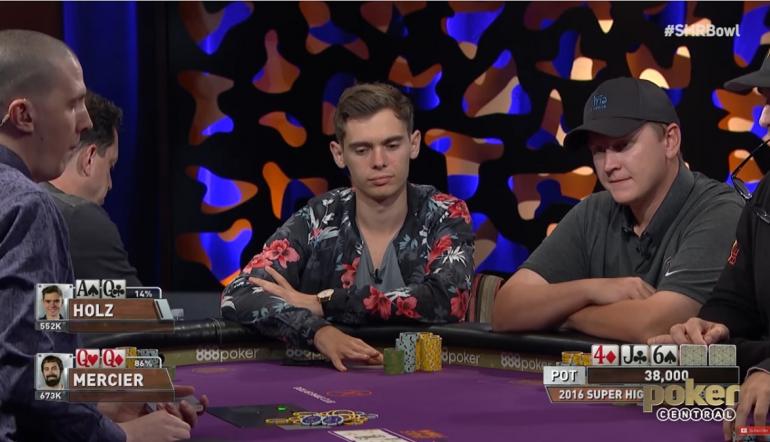 In this hand, which occurred in the second episode of the 2016 SHRB, Jason Mercier squared off with the tournament’s eventual runner-up, Fedor Holz. Both players had some interesting decisions to make, and we asked 888poker Ambassador Chris Moorman, the most decorated tournament player in online poker history, to break it down for us.

“If you are check folding ace-queen in a heads-up pot on this board texture versus a middle-position open and 1/3 pot-size bet, you are going to be folding way too often which will give your opponent an incredibly easy continuation bet with 100% of their range,” said Moorman. “Ace-queen is a good hand to call with because you have decent equity versus middle pairs and could easily have the best hand still, even having some of your opponent’s holdings such as A9 or A10, which would leave him drawing very slim. Also, if an ace or queen turns your opponent is likely to continue bluffing with hands that gain equity or even complete bluffs in order to fold out a lot of your 6X hands and small to mid-pairs.”

When the 6♣ peeled off on the turn, Holz changed gears and led out for 14,000. Mercier raised to 58,000 and Holz tanked, even using a time extension, before making the call.

The commentators seemed to think it was unusual for Mercier to raise with just queens on the turn. Why would raising queens after your opponent leads out be confusing?

“In this spot, at first glance, it appears that Fedor is representing a lot of trip sixes type hands,” explained Moorman. “However, he is actually leading the vast majority of his range here but gets to do it on this card because he has more 6X hands in his range than Jason. Queens are a hand that I see people just calling with here on the turn most of the time. I think that is wrong when you can get extra value against JX type hands that decided to lead here and even some weaker hands that put you on a draw with the turn raise.” 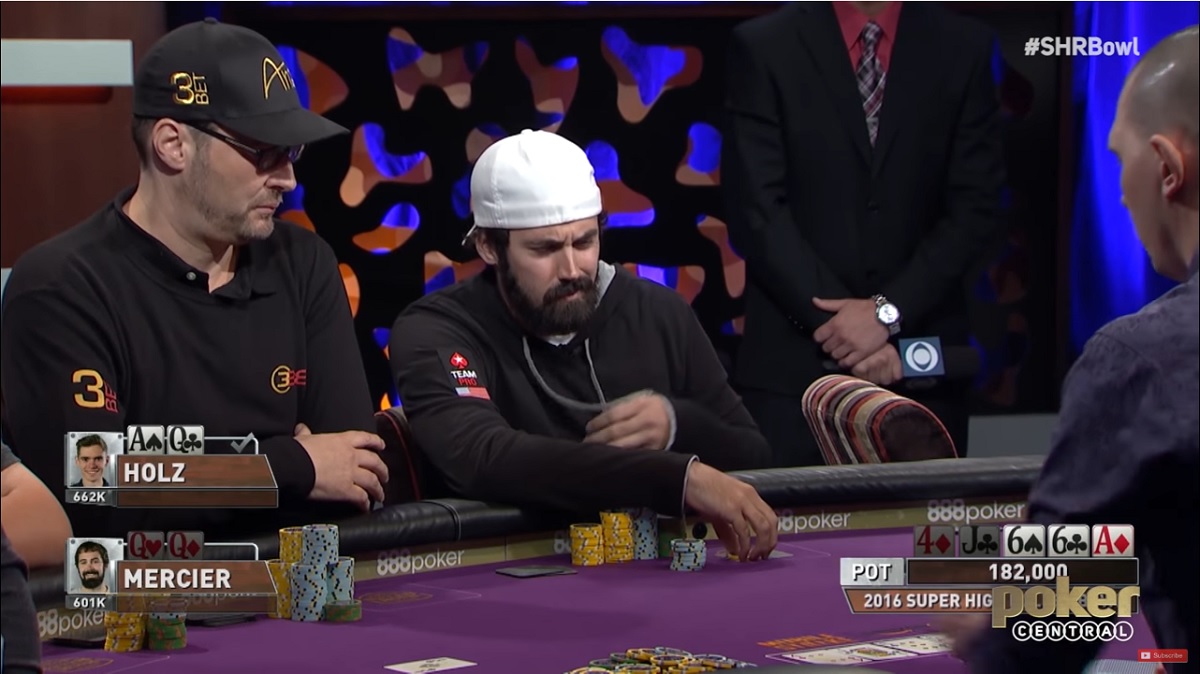 After the A♦ completed the board on the river, both players checked, and Holz won the 182,000 pot - thanks to the ace on the river.

It might seem strange to check-call a bet on the flop and call a raise on the turn only to check when you make your hand on the river, but as Moorman explains, sometimes it’s better safe than sorry.

“When Fedor rivers top pair, he just has to check and call a bet,” Moorman said. “If Jason was raising KK or QQ on the turn, then he is going to check them behind on this river card, but that is such a small part of his overall range. The draws all missed on this river, so it is better to check and call a bet rather than lead and fold out Jason's bluffs. Fedor still loses to some of Jason's value range her. Therefore, a lead makes little sense and can put him in a terrible spot when faced with a river raise.”

There’s no doubt Holz got lucky to win the pot, and the frustration was written on Mercier’s face. However, as Moorman explained, he had reason to be in the pot to the river. Had he missed then, chances are he would have folded to another bet from Mercier. Instead, he played cards, situation and opponents to pick up a nice pot.