Floating in Poker - How to Float and Win With Nothing

In today’s game you can’t give up on every pot. Counter the continuation bet and learn how to float your opponents and take the pot down with nothing. 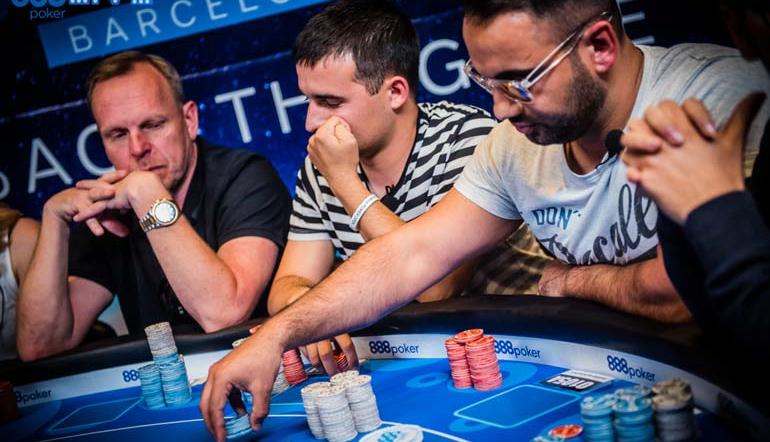 What is floating in Poker?

Continuation betting is a huge part of the game and floating looks to exploit that. Someone bets on the flop and you think that they’re tying to win the pot having not hit the flop or only caught a little of it. So you call (usually in position) and stay in the hand with the intention of taking the pot away on the turn when your opponent checks. You might not have anything either but you’re staying around to make a move.

What are the ideal conditions for floating in Poker?

Ideally you need to be heads-up on the flop if you’re intending to float. In multi-way pots it really isn’t floating anymore, as it’s more likely that someone has connected well with the flop, which makes it very dangerous. In a tournament you need to have a very good idea of how much money is in the pot and the implied odds. You can’t float against short stacks because often the pot will be large enough on the turn that they can just push all-in. Medium stacks and big stacks are the best targets.

What type of players should you float?

You need to be paying attention at the table even when you’re not in a hand. If you’ve seen a player raise pre-flop, get called, bet the flop and then give up on the turn, mark them as a target for a float play. Very aggressive players can also
be good targets as they will fire at a lot of flops with nothing; it will also slow them down in future pots if you have been seen to call them on the flop in previous hands. Generally speaking, it’s better to float intelligent, thinking players than novices who will call too often.

How often should you float in Poker?

Do it sparingly because while it can be profitable it can also be dangerous, and you have to know that the player you’re playing against is capable of putting a hand down. Also, the pot can get very big, very fast. You might need to call a raise pre-flop and then a two-thirds pot bet on the flop – if they fire again on the turn you might not have enough chips to make them fold to your raise.

What’s a good or bad flop to float on?

If someone raises in early position, the board comes down A-J-3 and the player bets out, there’s no point in floating as you really don’t have a clue about where you are. A good time to float is when someone’s raised in early position and the flop comes 4-5-7 with two of a suit. As soon as they bet out with two high cards it’s very hard for them to see how they could still be ahead.

When should you give up on a float?

If you make this move and get found out you’ll feel pretty silly when you have to turn your cards over. Not only that but a float gone wrong can cost you a lot of chips. This is a high-risk strategy that has a lot of variables, such as: the flop texture, yours and your opponent’s chip stacks, the stage of the tournament, betting patterns, bet size and many more. As a rule flops to avoid floating on contain card combinations such as J-10, J-9, K-Q, K-J. That’s because on these types of boards they’re likely to have hit, and even if they haven’t they’ve usually got outs.