Learn how a sharper poker mindset will help you to make better decisions. Find out why your mental state can determine success at the poker tables. 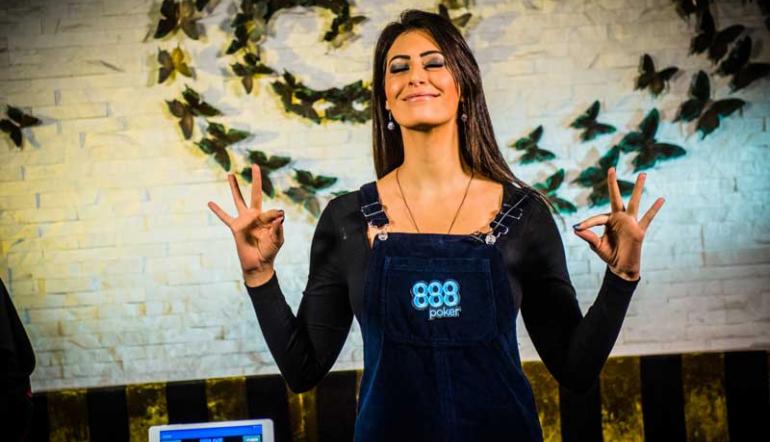 Your brain is epic. It consists of over a hundred billion neurons with theoretically unlimited storage.

It is capable of firing information around the body faster than a Formula One race car….well, that’s what Google says anyway.

And what’s more, somewhere within that biological super-computer is your mind. This mysterious energy is responsible for stuff such as  –

It’s the thing that makes you, you.

Despite what you might have seen in The Terminator movies, the most remarkable thing about the mind is its ability to be self-aware.

This self-awareness makes your mind mouldable. With the proper perspective, you can condition and improve your mindset the same way a distance runner improves their cardio.

But how good is your poker mindset? Let’s break it down and find out.

What Makes a Good Poker Mindset? 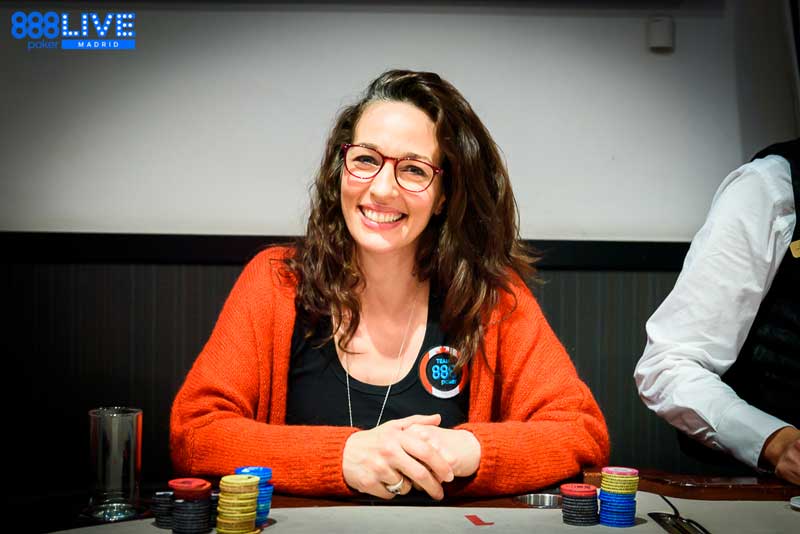 What Makes a Good Poker Mindset?

I’d argue that there are two crucial components in improving your poker mindset:

Now, this might seem super obvious. But the difficulty lies in human emotion, which can often cloud people from reality.

The key to poker success being honestly self-critical, coupled with a genuine desire to improve. How well you can identify your weaknesses and develop your strengths determines the development of your poker mindset.

This advice sounds pretty straight forward but, unfortunately, it’s not quite so black and white.

Turning the mirror on ourselves requires a level of vulnerability (which often makes people feel uncomfortable). Identifying your weaknesses can be especially difficult.

But here’s a few areas where people fall short.

Confirmation bias is the term given to someone who only notices or acknowledges things that match their beliefs.

Have you ever had one of those days where there seems to be something like 1:23, 2:34, or some other kind of pattern whenever you look at the clock?

Well, this example is most likely the result of confirmation bias.

In reality, it’s way more likely that you looked at the clock a whole bunch of other, less exciting times. But your belief that you keep looking at the clock at rhythmic times causes you to forget or ignore them entirely.

Whereas confirmation bias can often materialise as innocently as someone claiming –

But it can be way more destructive if it alters the way you play your hands. 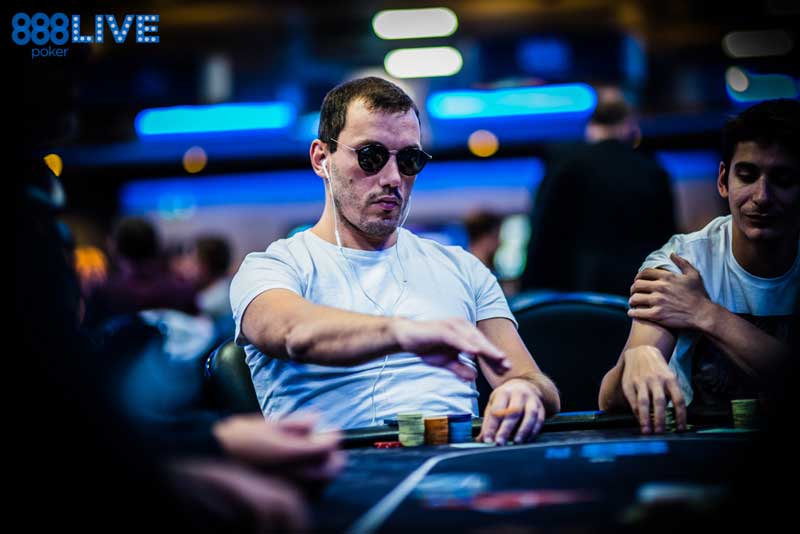 Believing that a player raises your blind specifically, for example, can lead to you making huge mistakes. You may go on to make as incorrect and/or premature adjustments.

Annoyingly, confirmation bias can be challenging to identify. Beliefs, by definition, are things that we think are true.

Nonetheless, understanding your confirmation bias is an essential part of a healthy poker mindset. By acknowledging it, you can stop you making expensive, preventable mistakes.

Denial and ego are similar to confirmation bias in that it can see you ignoring the bigger picture.

The problem with ego is that it can build a false or inflated sense of confidence, especially during an upswing. The resulting over-confidence can cause you to underestimate your opponents.

(You can learn about swings in this poker variance guide)

It’s comforting to attribute winning sessions to skill, especially if you’ve spent hours improving your game in the lab. But it’s way more productive to focus on your common mistakes and strategic shortfalls.

This saying translates perfectly to poker. If you’re in denial about your leaks, how can you fix them?

While a healthy amount of confidence can be an asset, success can only be built on an honest critique of your flaws.

Believing you are a better player than you are, is disastrous.  You must strive to be honest in your self-reflection.

Remember, humility is a key ingredient in a healthy poker mindset.

And by the way, nobody’s asking you to write up your weaknesses and hand out a hundred copies at your local card room. One of the best things about being honest with yourself is the privacy that comes with it.

Your weakness can be your biggest poker secret. But it’s vital you understand and reflect fairly on your own poker abilities.

After all is said and done, if you can’t be honest with yourself, you’re doomed.

As another Greek philosopher, Plato put perfectly, “the worst of all deceptions is self-deception.”

No poker mindset article would be complete without mentioning tilt. There are a thousand articles on this already, so we won’t waste too much time discussing it here.

But the thing to remember is that everyone tilts differently: 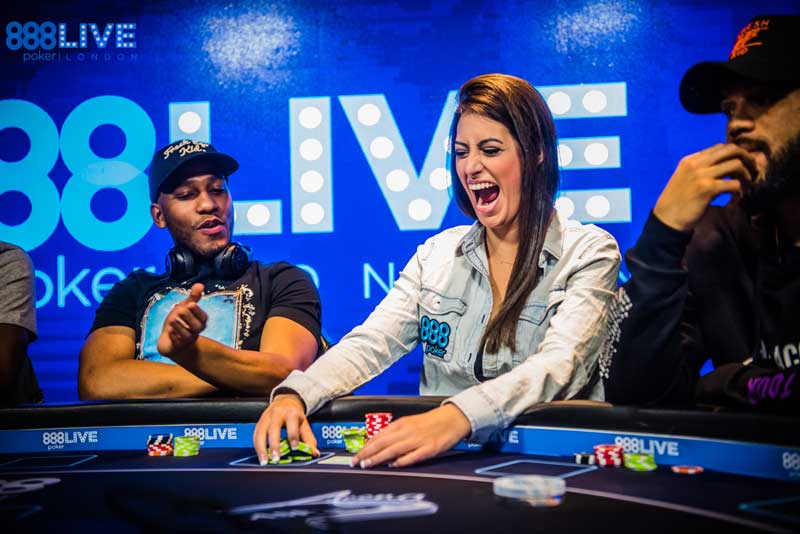 Some swear others break things. Some start spite-calling, and others run hyper-aggressive bluffs.

The whole vicious loop continues until the player either finds a way to calm down or goes broke.

Personally, I tilt when I ignore my instincts and talk myself into making a play that I knew was a mistake beforehand.

Typically, I tend to take my frustrations out on my mouse. That’s my computer mouse to clarify, just in case any of you have the animal cruelty hotline on speed-dial!

Since I’ve been playing for such a long time, any tilt typically stops after a deep breath and a little, light mouse abuse. But I also employ a baseball-style ‘3 strikes and you’re out’ rule to nip any potential blow-ups in the bud.

I keep 3 poker chips in my hand and lose one every time I see a sign that I’m tilting. When all three are gone, I force myself to do 100 push-ups and take a break.

My focus switches to the workout, and I blow off steam that way.

Tilt is a major mindset leak.

In most cases, the solution is as simple as taking a short break.

With that said, I’ve seen so many good players lose their minds and burn through sessions of profits just because they refuse to sit out and cool down.

Unfortunately, taking a break is usually the last thing you want to do when tilting. But those with a strong mindset manage to do so.

Beating tilt is merely a matter of perspective.

I’ve heard so many people claim they ‘don’t tilt’. But, in all honestly, denying that you tilt is like claiming the moon landings weren’t real.

Whatever lights the fuse, tilt is little more than an emotional reaction to a poker outcome. These reactions are basic human nature. So, unless you’re a robot or some kind of emotionless cockroach, you almost undoubtedly tilt.

Once you accept it, you realise that managing it is as fundamental as a solid opening raise strategy.

Feeding trolls makes them bigger and more vicious. But if you ignore them, they get bored and go away.

Instead of playing tilted and feeding the troll, take a break, calm down, and let it go bother someone else.

Get Out of Your Own Way 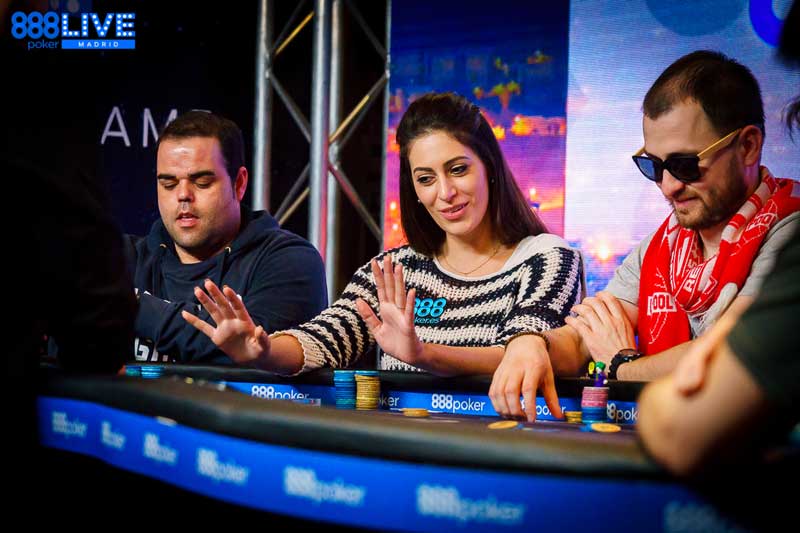 Get Out of Your Own Way

I opened this article with a bit of dribble about the brain. Whereas I hope it made for an intriguing intro, I mainly included it to highlight the wonders of the human brain.

In all its complexity, though, the most wonderful thing about the human mind is its diversity.

Unsurprisingly, nobody can understand your individuality better than YOU.

Sure, I can throw a few suggestions and, hopefully, they highlight a few concepts to work on and improve. But the most significant thing standing in your way is yourself.

There isn’t a magic potion for improving your mental game leaks. But if I had to sum everything in one sentence, it’d go something like this:

“If you want to be successful, you must get out of your own way.”

Chad Holloway as some great times for getting out of your own way here:
https://www.888poker.com/magazine/strategy/6-tips-improve-your-poker-psychology

Self-honesty has been a common theme throughout this article, and for good reason. You can only get out of your own way if you understand the importance of being honest with yourself.

And this list goes beyond being lazy, aggressive, and impatient.

This scenario is all down to a lack of focus – another mental leak.

Just like when tilting, this behaviour causes a volatile feedback loop. It can ruin your frame of mind, mood, and bankroll.

Poor focus is a recipe for poor play, and that’s a sure road to Tiltsville!

Here’s an example of a big mindset leak I see time and time again in card rooms or on poker posts:

Well, to put it bluntly, Player A simply didn’t want to fold.

So, he found any reason he could not to.

Player A lost a big pot because he didn’t have the strength of mind to be honest with himself about his opponent. A player with a strong mindset wouldn’t have lied to themselves like this.

Lying to themselves is typical of a player with a weak mindset.

Here are some other examples of ways we lie to ourselves:
https://www.888poker.com/magazine/strategy/tilting-poker-5-lies-we-tell-ourselves

There’s no magic potion in poker. Only you know how to fix your mental game with an increased level of self-awareness.

We hope this article has encouraged you to be more self-critical about your poker mindset and helps you thrive on your poker journey.