How to Calculate My Poker Winrate

Poker players measure their success at the tables through a metric known as winrate. So, what exactly is winrate, and how is it calculated? 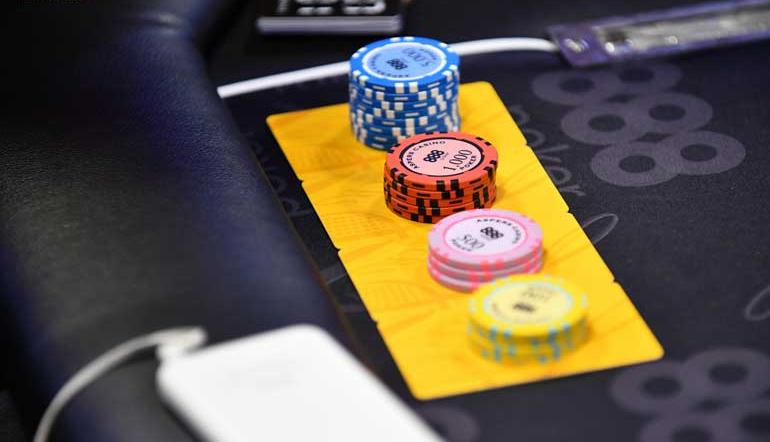 Poker players like to measure their success at the tables through a metric known as winrate.

In this guide, we will discuss answers to the most common questions regarding winrate.

What is Winrate in Poker?

Winrate in poker measures how fast a player wins. In cash games, it is measured in terms of the number of big blinds made per 100 hands (on average).

In tournaments, the calculation of winrate is slightly different. It’s based on the average return a player makes on each buy-in invested. It’s known as return on investment or ROI.

In the modern era, many players use software to calculate their winrate. This situation is especially the case for online players. Their poker tracker will calculate winrate or ROI automatically based on the hand histories it receives.

However, what if we play live or don’t make use of tracking software. How do we manually calculate our winrate?

For cash game players we will need access to the following –

Unfortunately, without these two values, it won’t be possible to calculate winrate. However, we can use estimated figures. For example, we might know that we have played live poker for around 1,000 hours and that we usually get dealt about 30 hands per hour.

Here is the formula: 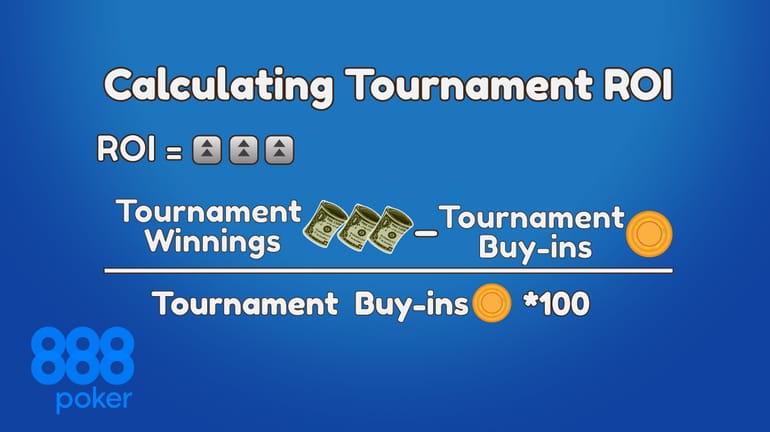 Let’s see the formula in action.

1. (Tournament Winnings – Tournament Buy-ins) is identical to our overall tournament profits. If we know our total profits, we can simply use that value for the first part of the formula rather than subtracting one value from another.

2. The formula outputs the answer as a decimal, 0.333 in this case. We multiply that by 100 to see our ROI in its percentage form.

What’s a Good Winrate in Poker? 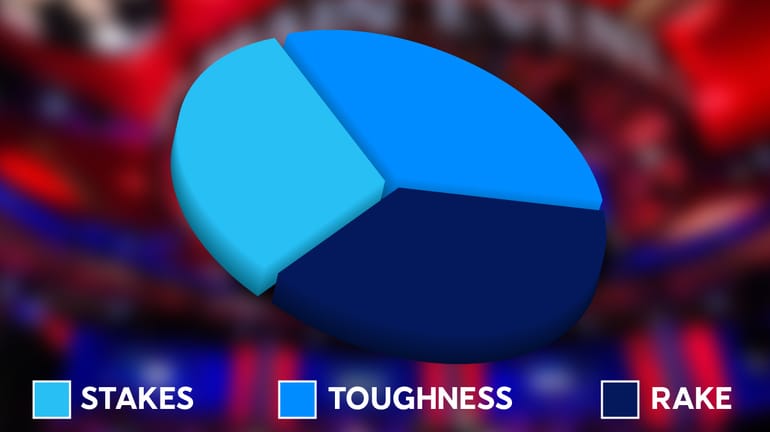 One of the most commonly asked questions is, “what’s a good winrate?”. The truth is, it depends on a wide variety of factors such as stakes, toughness of games, and rake.

If we were forced to give specific values as an answer to the question, it would generally be as follows.

Note that in each case we have specified a winrate range starting from zero because any positive winrate is a good winrate. With so many inflated brags in the online poker forums, it can be easy to forget that over 90% of poker players are losing players.

Even a 1bb/100 winrate in online cash games should not be looked down upon. Depending on the stakes being played such a winrate might be skilled enough to generate a healthy living.

Cash game players like to breakdown their bb/100 winrate by position as a form of analysis. This type of analysis would rarely be done manually. However, it’s something that players use tracking software to monitor. It can help establish if play from one specific position at the table is sub-optimal.

Here is a rough breakdown of expected cash game winrate by position on a full ring table.

Note that the average winrate in the small blind and big blind are negative. This rate is perfectly normal. If we were to fold every time we are in the big blind automatically, our winrate for that position would be -100bb/100 hands.

Hence, -30bb/100 hands is a significant improvement on that winrate, despite being negative overall.

The winrate from the earlier positions is more or less negligible. This statistic is one reason why many players prefer shorthanded tables.

It’s crucial to account for variance when determining our winrate. In the context of poker, the term variance refers to the way our results can differ from our actual winrate over a period of time.

A losing poker player can go on a winning streak that lasts a lot longer than the average person might expect.

For example, imagine we know the precise winrate of a losing player, and it’s -2bb/100 hands. Over 100,000 hands, what are the chances that such a player makes money?

Well, it does depend on a value known as “standard deviation” which can be obtained using tracking software, but most would assume that the -2bb/100 loser has virtually zero chance of winning over such a large sample.

Calculations indicate that the percentage chance of such a player being in profit is a massive 21.5%! 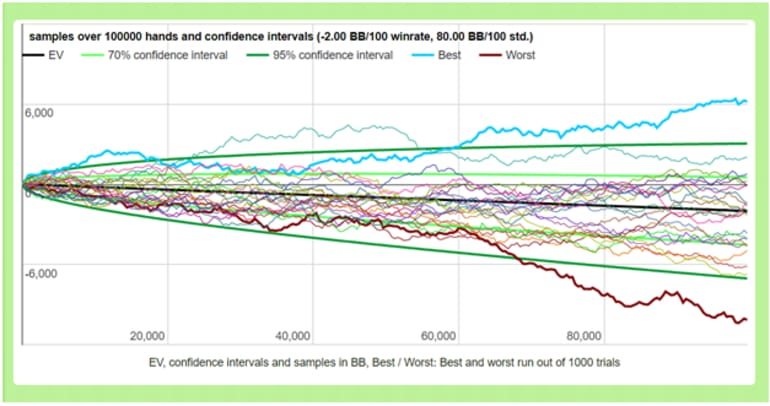 So, when a live player plays 1,000 hands then hits the forums to brag about his “sick winrate”, we should be able to see that such a sample size is non-representative.

Ideally, we’d have at least 300,000 hands (preferably more) before being able to know our actual winrate. (Even then, our -2bb/100 loser has around 8.5% chance of making a profit over the sample).

As we might imagine, this presents live players with a bit of a puzzle. Assuming 30 hands per hour as a standard rate of dealing at a brick and mortar casino it would take around 10,000 hours of grinding to guess our winrate.

Even if we played for 12 hours a day, seven days a week, we would still have to grind for over two years to reach such a sample. Assuming a more regular 40-hour working week, it would take closer to five years to achieve such a sample size.

To put this into context, a high-volume online professional could reach such a sample in around three months assuming 100,000 hands played per month (which is not unreasonable when mass multi-tabling).

Winrate vs Other Metrics

With a heavy emphasis on improving winrate, it can be very easy to lose sight of what is essential. Although a high winrate is great for bragging rights, the goal of most players is to make as much money as possible not to generate the highest winrate.

As such, our hourly rate is a more critical metric than our winrate.

Think about the following -

Scenario 1 – We play one table online and agonize over every decision, generating our highest possible winrate of 10bb/100 hands. We play around 100 hands per hour.

Scenario 2 – We play six tables online and accept that we may make some mistakes here and there. Our winrate drops to around 7bb/100 hands, but we are now playing 500 hands per hour.

There is no question that scenario 1 produces the highest winrate and the coolest looking graph (if we use tracking software). However, it should also be clear that scenario 2 is a more profitable moneymaking venture.

Scenario 1 generates around 10bb per hour. Scenario 2 generates 35bb per hour due to the higher volume.

When seeing the result on a forum, players might be quick to declare the player in scenario 1 a “better player” due to the higher winrate. But who really is the better player? The guy making 10bb/hour or the guy making 35bb/hour?

There isn’t a set answer here since it depends on what our goals are, but the majority of players would take scenario 2 over scenario 1 any day.

The same can be said for ROI in tournaments. A higher ROI doesn’t necessarily mean a more substantial amount of profit. Online players maximize their earnings by striking a delicate balance between winrate and volume.

Check out our story which explains how to calculate you poker winrates.