Gaps in the Market of Influential Poker Books 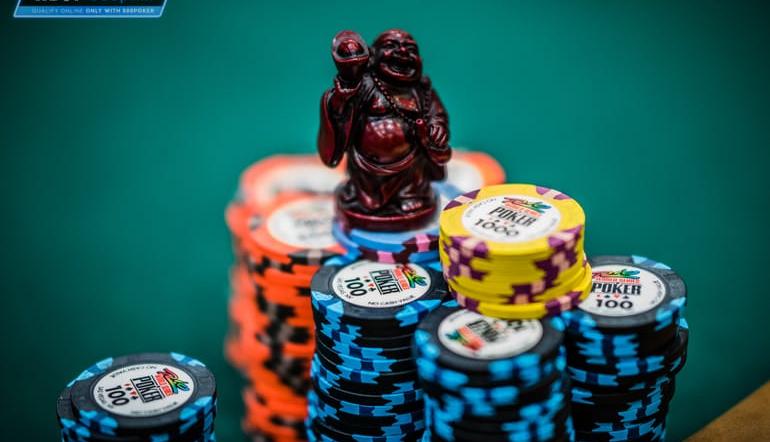 Lee Davy takes a look through the data gathered throughout the Most Influential Poker Books project to highlight the potential gap in the market that can be fulfilled by our many marvellous minds.

Ralph Waldo Emerson once said, “If we encounter a man of rare intelligence, we should ask him what book he reads.”

Using social media and e-mail, I took Emerson's advice and asked 133 of the greatest minds in poker what were their most influential poker books? 36 people either ignored me or didn't see my message; 11 said they would willingly answer my question and never did, and four people told me to ask them one on the price of fish.

The most typical response from the players who couldn't provide me with an answer was:

“I am sorry, but I have never read a poker book in my life.”

An incredible 18% of those pestered said they had never read a poker book, and I am talking about a group of professional poker players who have earned millions of dollars, both online and live.

"I was asked once by a backer what books I had read. When I told him none, he said good, don't read any, they might f**k up your game."

So, how did these players get so great without reading poker books? The overwhelming reaction to this next question was online training videos prompting me to believe had I asked a more mature audience what their most influential poker books were I would have got a more favourable response.

Phil Galfond's RunItOnce was the most common choice of online training site amongst the professionals I questioned.

The other common method of learning deployed by those I spoke to was playing a lot, watching others playing a lot, and talking strategy with players who were better than them.

"I never read a poker book," said EPT and WPT champion Roberto Romanello. "I do remember my early days when I used to play around the U.K. Festivals, though. I would stick around after I got knocked out of a tournament and I would rail up to the final table to see how the players were playing. And I would use that to my advantage next time I would come up against them at future festivals. I was always looking for live tells as well."

Harrington on Hold 'em, Expert Strategy for No-Limit Tournaments; Volume I: Strategic Play by Dan Harrington and Bill Robertie topped the list of most influential books, but was written over a decade ago. Doyle Brunson's Super System was the second most popular book, and that was written nearly four decades ago!

With the fundamentals covered by the likes of Dan Harrington, Doyle Brunson, David Sklansky (Theory of Poker) and Bill Chen & Jerrod Ankenman (Mathematics of Poker), the long list of books that I pulled from the Internet was screaming out for some newer theories.

The most recently authored book that peaked highest in the charts was Moorman’s Book of Poker by Byron Jacobs, published in 2014. But even by the time the greatest online tournament player in the history of the game had offloaded the contents of his brain into the public domain, it may have been too late.

"I am sure this {Moorman's Book of Poker} would have been higher on my list had it been released five years earlier," said 888poker Ambassador, Dominik Nitsche.

I could reel off a hundred insanely talented poker players of the modern era that I would love to see write a strategy book. I believe the classics of the past can be re-written with the juice of today. Unfortunately, when it comes to poker, the vehicle of the poker book as a learning tool may have developed a flat tyre. Twitch and online training sites have made learning as dynamic and instant as it’s ever been.

One topic that had never extensively been written about until recently, and seems to fit perfectly into a book format, is that of health and wellness away from the tables. Most early literature concentrated on the technical aspects of the game, with a book or two on 'tells', but poker as a profession has a more holistic look to it these days.

With edges thinner than ever before, the health and well-being of Person A will trump Person B if they are of equal intelligence and skill. Get your health and mindset right and you create a strong foundation for a poker game to flourish.

The Mental Game of Poker: Proven Strategies for Improving Tilt Control, Confidence, Motivation, Coping with Variance, and More by Jared Tendler and Barry Carter was the fifth most influential book of all time. His sequel also made it into the Top 56 landing at #36.

Elements of Poker by Tommy Angelo was voted the 15th most influential book, and only four books had higher first choice votes that Angelo's classic Zen-like teachings.

When I think about players who put a tremendous amount of time and effort into their health, well-being and mindset, Andrew Lichtenberger immediately springs to mind. His book The Yoga of Poker was voted the 22nd most influential.

If a professional poker player feels the need to write a poker book, then this is the area that I believe has incredible opportunity for growth as players seek out golden nuggets on health, well-being, and mindset.

As I talked to more and more players, it became increasingly obvious that poker players like a great story. Big Deal: One Year as a Professional Poker Player by Anthony Holden, The Biggest Game in Town by Al Alvarez, For Richer For Poorer: Confessions of a Poker Player by Victoria Coren, Positively Fifth Street by James McManus, and The Education of a Poker Player by Herbert O. Yardley all received, at least, one top vote by the judges.

I am not a great fan of biographies written by twenty-year-olds with zero life experience, but I am a huge fan of the memoir. Imagine the tales that the likes of Tom Dwan, Sam Trickett, have up the sleeves of their hoodies?

Another genre that I don’t think is explored enough is the Reality TV style hand-for-hand tournament analysis perfected by Gus Hansen in Every Hand Revealed. His biopic on his 2007 Aussie Millions success was ranked the third most influential poker book of all time. And so I think it’s time for poker players to make some changes at the tables.

Start recording all of your hands with a view to turning them into a best-selling book. Then you can take all that you have learned, and start losing millions playing well out of your depth in the biggest online games in the world.