Unfortunately, we live in an age where poker cheating is still prevalent. Therefore, it’s more crucial than ever to know how to spot poker cheaters. 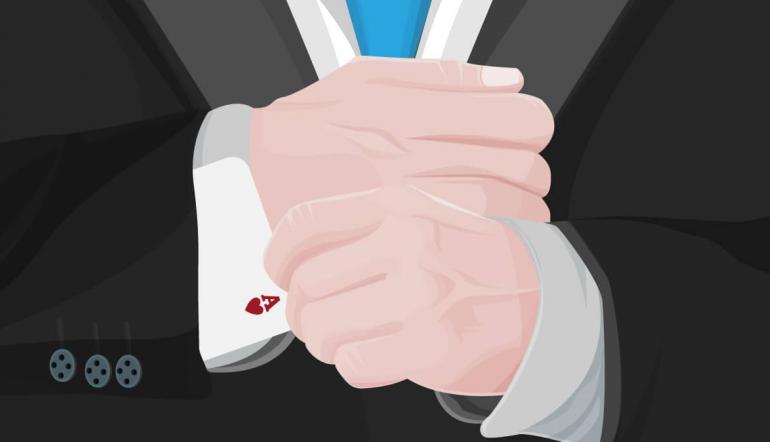 While most of us just want to play an honest game of cards, we, unfortunately, live in an age where cheating is more prevalent than ever. Exercising a basic level of vigilance can really go a long way in avoiding falling victim to various poker cheaters and scammers.

To help us in this endeavour, we’ll discuss some common methods of cheating and how to spot them.

6 Ways to Spot a Poker Cheater:

This method is by far the most prevalent type of cheating at the online tables. A bot is a piece of software that has been coded to play poker without the need for human interaction. While the majority of bots are weak players, they are still often stronger than the average recreational opponent we’d run into if the bot weren’t at our table.

Furthermore, there are a small number of high-level bots that have historically taken millions from the online tables.

- Consistently playing very long hours across a number of tables.
- Unchanging betting patterns and tendencies.
- Playing tendencies that differ from the average population.

Furthermore, bots tend to operate as part of bot-rings.

Look out for the following:

Remember that botting is against the terms and condition of the majority of sites out there. Usually, a player who is caught botting will receive a permanent ban and have his/her funds confiscated. 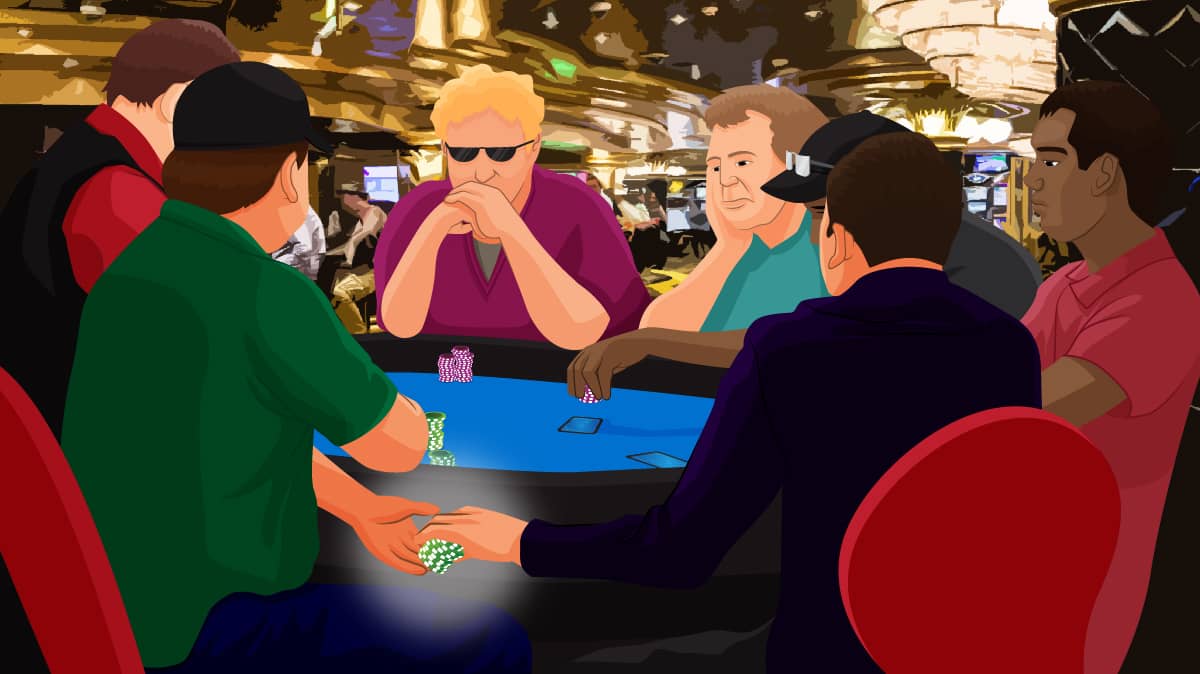 “Colluding” refers to the action of working together with another player at the poker table. It’s relatively straightforward for two players to be playing at the same online table while communicating via a Skype call.

Although it might be easy to fly below the radar at first, a strong security team will be able to spot collaborative behaviour between players.

- 2 or more players who are always at the same table. In fact, it’s extremely rare to see one of the players without the other.

- 2 players who always seem to be entering the pot together.

- Illogical play between the 2 suspected players when they are heads-up.

For example, one aspect of colluding is where players are not looking to beat the rest of the table. Instead, they are transferring funds for the sake of money laundering. This activity is referred to as “chip dumping”. We might see one player calling off his stack on the river with Q-high; it’s obvious he wanted to lose the pot to his buddy.

Hole card cheaters are one of the worst types of poker cheat although, thankfully, one of the rarest. A hole card cheat is someone who can play perfectly against us since they have access to our hole cards. There are perhaps three main ways this might happen -

1. A backdoor in the poker client itself. Especially in the case of a corrupt or disgruntled employee being able to access insider info.

2. An exploit placed on the player’s computer by a hacker. A trojan horse which submits hole-card information.

3. A social engineering attack involving screen-sharing software. A poker “friend” asks us to share our screen using software saying that he just wants to “watch us play”. His intends to join our tables and take money from us using our hole card information.

What to look out for:

- Opponents who seem to be clairvoyant. They seem tight when we have the goods, but suddenly call big bets with J-high when we have T-high.

- New friends that seem especially interested in screen sharing. Even poker “coaches” should be subjected to scrutiny if they are relatively unknown.

- Suspicious files sent via email or over Skype etc., especially if the sender is aware that we play poker.

Unfortunately, sometimes the poker sites themselves are crooked. This is why it can be a good idea to stick with big names in the industry, such as 888poker. There are historical examples of poker sites running off with users’ cash and not processing withdrawals.

Some sites out there that potentially make use of clairvoyant house bots. They may also employ highly questionable RNGs (random number generators for the card deals).

What to look out for:

- Before depositing money at a smaller online room, read the reviews, especially regarding cashouts.

- Try to avoid leaving more money than necessary at a poker room. Even big poker rooms can go under from time to time. 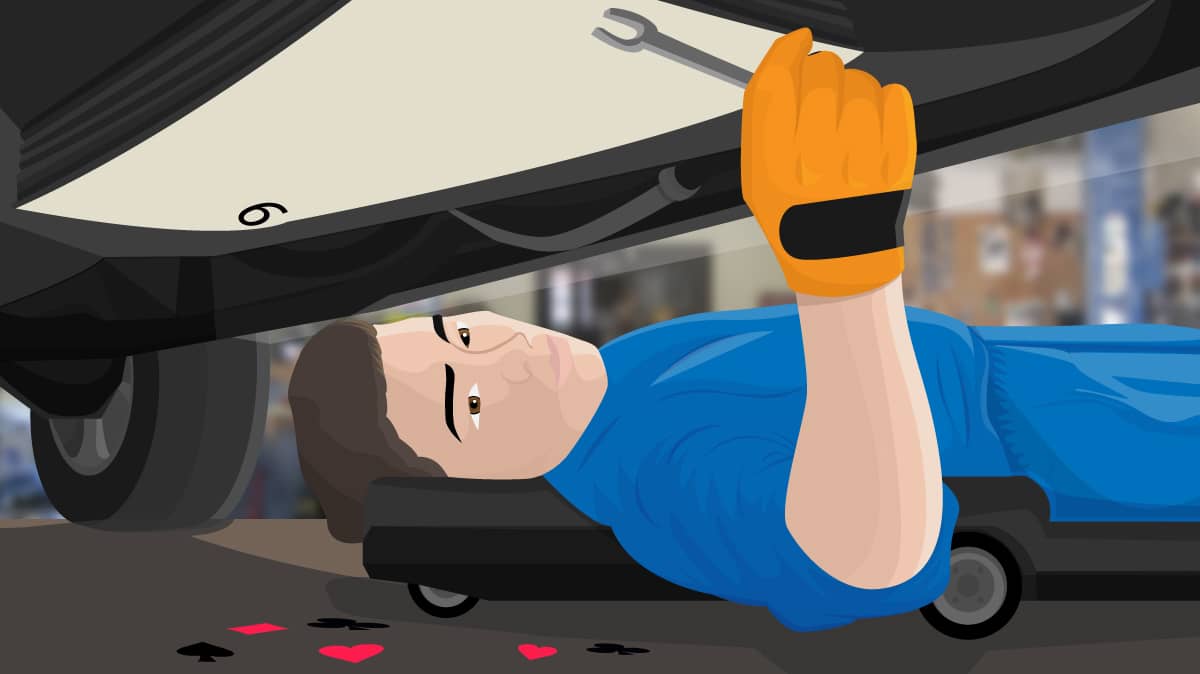 Here’s one for the live poker players. A card “mechanic” is someone who has the exceptional ability to manipulate a deck of cards. An expert card mechanic will be able to easily memorise the exact order of 52 cards within a pack. They can  produce desired cards from the deck at will (all while making it appear as if he is dealing from the top of the pack).

Less skilled card mechanics may not remember all 52 cards, but they might still be able to convincingly deal from the bottom of the deck - while making it appear as if they are dealing from the top.

- A player who seems to nearly always win when he is the dealer.

- Watch the dealer’s hands closely both during the deal and during the shuffle.

- The term “hanger” is used to describe a deck where the bottom card is sticking out. This play is a common hint that the dealer might be “base dealing” (dealing some cards from the bottom of the deck).

The term “angle shooting” describes an action, which is not directly considered cheating but may confer an unfair advantage.

- Players who are repeatedly acting out of turn in a live game. (If not by accident, it could be a ploy to mislead other players.)

- Players who are attempting to make illegal string bets and being forced to stick with their original action. (Again, could be an accident, could be a ploy).

- Players who deliberately slowroll in an attempt to tilt their opponents.

One example of an online angle shoot was occurred when some sites offered disconnection protect in the form of an automatic showdown. If a player disconnected on the flop, the turn and river would be automatically dealt, and the pot awarded to the winner (even if that was the disconnected player).

Let’s say we had pocket Aces in Hold’em, and the flop came down scary; it was possible to angle shoot by pulling the plug on our modem. We’d be guaranteed to fully realise our equity without needing to invest additional chips on the turn and river.

Of course, the sites eventually caught on that the feature was being abused. But, until that time, there was an obvious opportunity for cheaters.

The above list is by no means exhaustive. However, it does give insights into the ways that certain unscrupulous players are looking to abuse the system. Being vigilant goes a long way. If we spot something untoward, there is no harm in sending a quick email to the security team (or reporting it to the floor, in a live poker setting).

Above all, it’s worth remembering that things rarely go well for cheaters. Not only is cheating unethical (bad for karma), but any “earnings” are at constant risk of being of confiscated by the poker room.

Having our funds confiscated could even be considered getting off lightly. There are examples of poker players doing jail time for attempting to con their fellow players.

Timothy "Ch0r0r0" Allin is a professional player, coach, and author. Since the beginning in 2006 he has built his roll from the lowest limits online without depositing a single dollar. After competing in some of world's toughest lineups (and winning) he now shares his insights and strategies with the 888poker magazine.
Related Content
How to Play Cincinnati Poker

Take Your Home Game to the Next Level by Adding Cincinnati Poker!

How to Play Cincinnati Poker 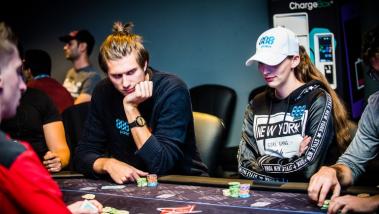