Learn to Turn Your Pocket Aces into Consistent Winners!

In this Pocket Aces article, 888poker shares the scoop on exactly how to play them. They might be easy to play preflop, but how do you play them post-flop?

You square up your hole cards. Peaking at one, you see a beautiful red “ACE”!

Your body fills with hope.

1 out of 13 times, your second card will provide you with the most powerful preflop starting hand in Hold’em!

Peeling the second card, you see the emergence of a diagonal outline.

Could it be another Ace?

As you reveal your second card fully, euphoria instantly fills your soul. This is it! The moment that only comes around once every 221 hands.

But now what? How can you maximise your potential winnings?

Well, in this article, we’re going to share the scoop on exactly how to approach playing pocket Aces. While they might be easy to play preflop, they can get you into a world of hurt post-flop if you’re not careful.

Here’s what we’ll cover in this article:

Before getting into the thick of things, let’s have briefly refresh some of the Pocket Aces meanings.

Why Are Pocket Aces Good?

Aces are the most powerful starting hand in Hold’em! In fact, against any other random hand, Pocket Rockets will win at showdown about 85% of the time!

As such, if you’re wondering when to fold pocket aces preflop, the correct answer would be NEVER!

What beats Pocket Aces, you ask?  Many other hands indeed can improve to beat Aces at showdown.

But the chances of these holdings coming about are relatively small. Aces are still likely to win most of the time at showdown.

For a reminder of basic poker hand rankings, check out this poker hands guide:

How to Play Pocket Aces: Introduction

Now we start getting into the meat of the article!

Beginning players either misplay and/or overplay their AA hands. By showdown, other players will usually have better hands in the face of the beginners’ betting lines with Aces!

Aces is a great starting hand. But AA has no room for extrapost-flop improvement. Yes, it can improve to a set of Aces. But that’s about it!

Contrast this with a hand like 54s, which has little showdown value at the start. But I can make a big hand, like a straight or flush!

If 54s whiffs the flop or doesn’t make its draw by the river, it’s easy to get away from it and fold. With Aces, folding on the river (or earlier) isn’t always as easy.

In this section, let’s break down the different ways to play Bullets:

How to Play Pocket Aces: Preflop

Let’s take a moment to talk about what to do if you have Aces and action folds to your preflop.

Quite simply, you should always come in for a raise, as you would with any other hand.

Don’t trap and come in for a limp, intending to re-raise if someone else is daring enough. You’re relying on someone else to raise (which would make things a disaster if they didn’t). Also, it isn’t easy to balance your limp-raising range.

It’s better to come in for a raise because it’s almost always going to yield the highest amount of EV.

By limping, you fail to build a pot with the best starting hand in Hold’em. You allow other hands to come into the hand relatively cheaply. This play will lower the preflop equity with your Aces.

If another player has already limped, don’t trap or play passively by over-limping!

Punish the limper, deny them their equity, and raise! Generally, 3x the big blind + 1bb for every limper is an acceptable raise size. For live play, though, you can usually bump this up to 4-5xbb + 1bb per limper because players frequently want to see a flop.

Note: You can also add an extra bb if you’re OOP in the SB or BB. 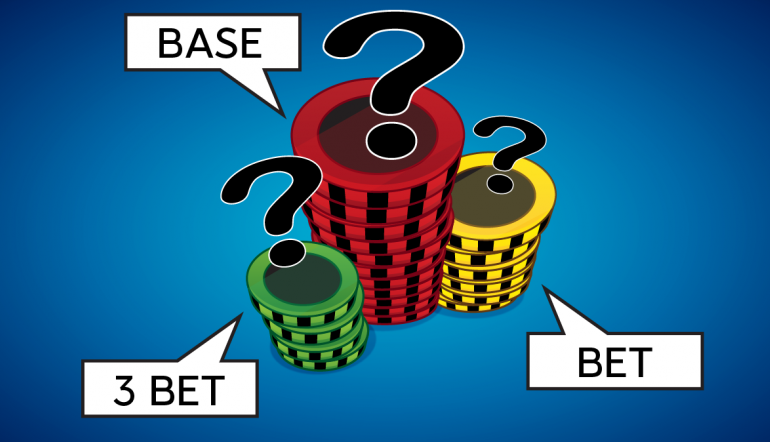 Should You Always Raise AA, Preflop?

If another player has already raised, always come in for a 3bet, especially if the stacks are deep.

Furthermore, if other players have already called that initial raise, you’ll have even more incentive to raise!

Pocket Aces are going to perform best in HU pots (1 player vs 1 player). They retain their highest amount of equity versus only one other opponent.

Note: If there are three opponents in the pot, your Aces will drop down to winning about 50% of the time.

For 3bet sizing, you can generally make it smaller when you’re in position vs the opener (2.5x to 3x the open raise). When out of position, like in the small blind or big blind, you can make it 3x-4x the open-raise size.

Perhaps the only time when you should flat Aces, instead of 3betting, is 10-15bb deep in a tournament from the big blind.

You block many of the AX combos Villain might call if you jammed preflop. The stack-to-pot ratio (SPR) will already be super low that it’ll be easy to get the money in by the river, if not sooner.

That said, it’s never going to be a disaster if you look to shove AA, preflop.

Again, you’re almost always going to come in for a 4bet with AA if someone else 3bets. 4betting gets more money into the pot preflop. It brings the SPR significantly down for the flop.

AA doesn’t have much potential to improve further than its current one-pair strength. So, getting as much money as possible in preflop will simplify post-flop decisions.

You’re almost always going to comfortably commit and “go the distance”, regardless of many board textures.

Contrast this with an SPR of 5 or more. All of a sudden, things can get a little bit tricky on certain runouts. You’re not always going to want to slam-dunk “get it in” by the river.

In general, using anything between a 2 to 2.25x 4bet size IP is acceptable.

The deeper the stacks, though, the larger the 4bet you can make. This sizing will cutdown that SPR. It will make things more difficult for your opponent’s continuing range.

In general, 5bet jamming or going all-in with Pocket Rockets will never be a poor play preflop. This situation is especially true if starting stacks were around that standard 100bb stack size - typically the case in cash games.

But as stacks get deeper (even 150bb+, but certainly 200bb+), you should aim to very frequently call vs a 4bet instead of 5betting. By this point in the hand, the ranges are so narrow that it’s better to protect your call-vs-4bet range.

By 5betting/going all-in, you might split your ranges up even further. (It can also be difficult to 5bet in a balanced fashion.)

How to Play Pocket Aces: Postflop 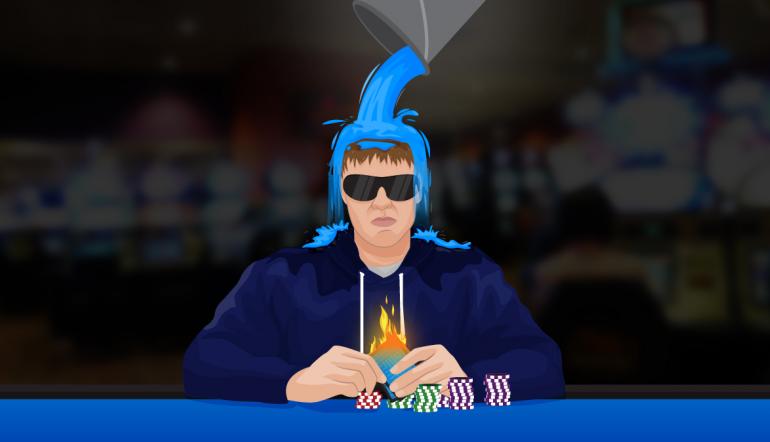 A quick word to say that AA won’t always win. Sometimes there’ll be a post-flop suckout, where your opponent might bink a straight or a flush.

Other times, you’ll face Pocket Jacks preflop, get all the money in, and lose that 20% of the time.

While you can’t control the luck of the cards, you can control how you play your hands to expect the most profit.

Stay level-headed and move on from the bad beats. This mindset will surely help boost your long-term profits.

Poker players need to focus on the long game.

Q: What are the odds of getting Pocket Aces, preflop?

Q: What are the odds for Pocket Aces vs Ace-King suited?

A: Against bullets, AKs is in a world of hurt. This hand can, only improve to one straight (Q-J-T), a flush, or 3-of-a-Kind Kings. As such, Aces will usually crush AKs, winning on average around 88% of the time!

Q: How should I be playing other high pocket pairs like Pocket Kings or Queens?

A: For the most part, playing the other high pairs will involve remarkably similar strategies. But you should account for some subtle differences. Check out these links to learn the best way to approach playing Pocket Kings and Pocket Queens.

Pocket Aces are a powerful hand to in Hold’em. They are going to give you loads of profits in the long-run. But how much will largely depend on how you choose to play them.

Remember, Aces is a powerful starting hand, but it doesn’t have much ability to improve beyond that.

Matthew Cluff is a poker player who specialises in 6-Max No Limit Hold’em games. He also periodically provides online poker content for various sites.
Related Content
Taking the Mystery Out of the Nash Equilibrium in Poker!

6 Poker Cheat Sheets to Shortcut Your Way to the Top!

Poker Cheat Sheet – Shortcuts and Inside Tips for Beginners

How to Manage Your Online Poker Bankroll By Chris Moorman