Being out-of-position (OOP) is a huge disadvantage in No-Limit Hold’em, We tell you the reasons why and how to use OOP play to your advantage. 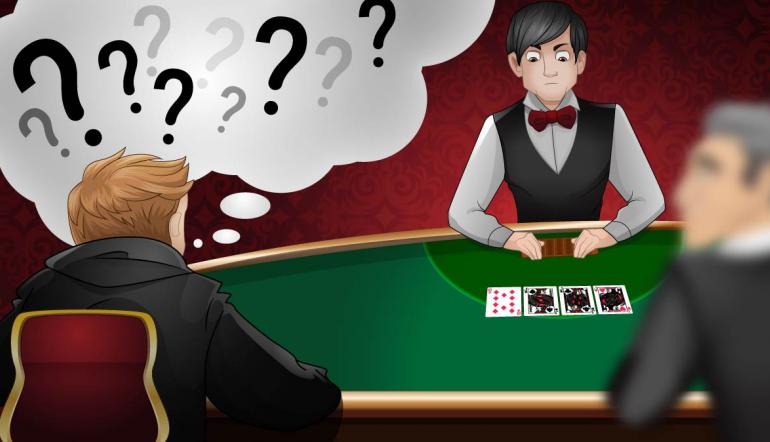 Being out-of-position is a massive disadvantage in No Limit Hold’em since our opponent gets to act last on every street. To the untrained eye, it might not seem like a big deal, but position confers the following major two advantages.

1. The in-position player gets to control the size of the pot more effectively. On each betting round, he can choose whether to close the action or invest additional chips into the pot.

2. The in-position player has an informational advantage. He gets to see what his opponent does before needing to act. He can use this extra information to make a more informed decision regarding the best play.

In an ideal world, we might look to avoid playing out-of-position entirely, but it’s not quite that simple. If we were to immediately fold every time we were out-of-position, it’s unlikely that we’d be a winning player. We’d simply be following a strategy which was far too tight. In other words, playing a certain amount of hands while out-of-position is a requirement for winning play.

TIP 1 - AVOID OVERUSE OF AGGRESSION AND TIGHTEN UP POSTFLOP

One of the most common out-of-position leaks is continuation betting too aggressively. In fact, many players follow the same cbetting strategy regardless of whether they are IP or out-of-position.

Although cbetting in the 65% region might be incentivised while IP, this is entirely not the case when OOP. Cbetting so aggressively out-of-position is easy to exploit and can potentially make us a target in the eyes of strong opponents. In the modern era, good players are cbetting in the region of 30-35% of flops, sometimes even less.

Historically, many strategy resources would advise players to just “play tight out of the blinds” when faced with preflop opens. This reasoning is, for the most part, bad advice, especially where the BB is concerned.

The BB is actually where expert NLHE players call the widest out of all other positions at the table. The tightening-up should happen postflop in this case.  We’ll hence fold more often to continuation bets when out-of-position compared to being in-position.

This strategy will take some time to learn, but it’s well worth the effort. We need to know exactly which hands to check/raise, check/call and check/fold on the flop. As a rough guide, even out-of-position, it’s rarely correct to fold any pair, draw, or decent backdoor draw on the flop. We should be check/raising flops with two-pair or better for value, along with a selection of good semi-bluffs (whether that be decent direct draws or backdoor draws).

Mid-strength hands, such as pairs, should typically call the flop with the intention of checking again on the turn. When facing a turn barrel the best second pairs should be defended, but not all of them.

In most poker games, we should only call a river barrel with two-pair plus, but against expert opposition, we will also need to include some one-pair bluff-catchers.

It’s often said that defending a checking range out-of-position as the PFR is the “second hardest area of No-Limit Hold’em” (the first being bet-sizing). We’ve already mentioned that the average player cbets far too aggressively when out-of-position, but that doesn’t necessarily imply we should be check/folding at a high frequency.

It’s essential to have both a check/calling and check/raising range when we skip our cbet out-of-position as the PFR. Many players never check/raise in this scenario and tend towards check/folding at an extremely high frequency after checking. One of the fastest adjustments players can make to improve their play OOP as the PFR is to understand which hands can be check/defended instead of cbet.

As a rough guide, any non-vulnerable made hand, which is not worth three-streets of value, can be considered as a check-call rather than a check-raise.

Seeing as the board is dry, it’s unlikely that our opponent will outdraw us, so we don’t need to fear potentially giving a free card. It’s hence an excellent spot to check/call the flop as the PFR instead of cbet. If our opponent checks back, we can simply go for two streets of value on the turn and river. 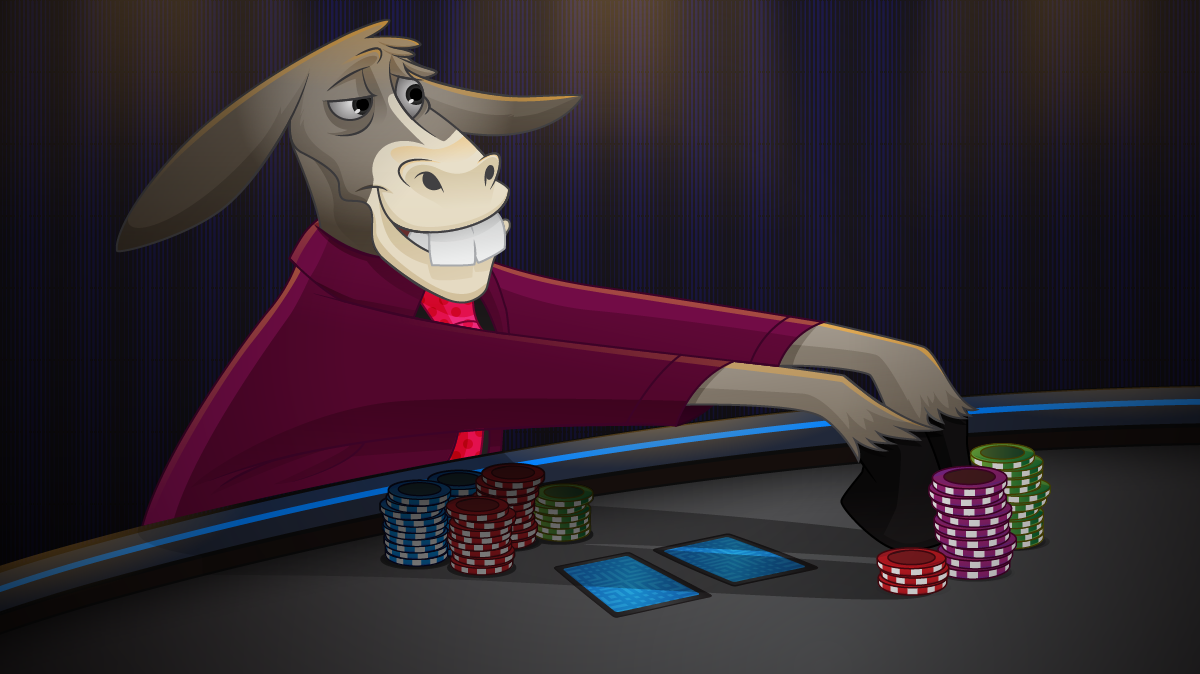 There are specific lines that the average player is mentally closed off to - i.e. they might not even consider them, even if a particular line is overwhelmingly the best play.

One example is donk-betting. Of course, we are not suggesting that we go around donk-betting flops and turns hyper-aggressively, but if we never donk-bet, we might be missing out on some decent exploitative opportunities.

We cold-called preflop from the BB and check/called against a continuation bet from our opponent. The normal option might be to check again on the turn, but this particular opponent only continuation bets the turn 20% of the time. The problem with checking the turn is that it’s extremely likely our opponent will check back, causing us to miss value.

In addition, the board texture is clearly very draw-y. This is not the type of situation where we want our opponent to be getting a free river card. Note that any Jack or Nine on the river is especially dangerous for us. We are also not particularly thrilled to see any heart, club, King, Ace, Six, Seven, Eight or Five either.

Given so much of the deck is bad for us, and the likelihood of our opponent checking, surely donk-betting the turn makes sense? Of course, we didn’t talk specifics here, bet-sizings and stack-depth etc., but the vital principle is not being closed off to unorthodox lines.

Overbetting the turn after villain checks back the flop is another powerful line that is rarely utilised.

Understanding some basic facts about poker position strategy can go a long way in helping us to formulate the best preflop strategy.

Keep in mind the following -

Deep stacks and high stack-to-pot ratios favour the player who has position:

We can’t always control the effective stacks at the start of the hand, but we do have some measure of control over the Stack to Pot Ratio (SPR). In situations where we face a 3bet preflop, we should be somewhat more prone to 4bet (as opposed to flat) when OOP, and slightly more inclined to flat when IP.

This is not to say that we should play more hands while out-of-position, but rather that, a more significant percentage of the hands we do defend when out-of-position will be 4bets.

The reason is simple: when we flat-call a 3bet, we play with a higher SPR which favours the player IP. In other words, we like to flat 3bets a lot when IP because it allows us to use our positional advantage fully.

We like to 4bet more frequently when out-of-position because it damages our opponent’s positional advantage by lowering the SPR.

The above 5 tips provide an excellent starting point, however, and are carefully chosen to help showcase the most common leaks players have when playing out-of-position.

Intermediate
Advanced
Texas Holdem
About the Author
By
Timothy Allin

Timothy "Ch0r0r0" Allin is a professional player, coach, and author. Since the beginning in 2006 he has built his roll from the lowest limits online without depositing a single dollar. After competing in some of world's toughest lineups (and winning) he now shares his insights and strategies with the 888poker magazine.
Related Content
Turn Your Check-Raise Strategy into a High-Value Play!