The blinds are an integral part of most poker formats. Every essential aspect of the blinds will be discussed in this concise but in-depth guide. 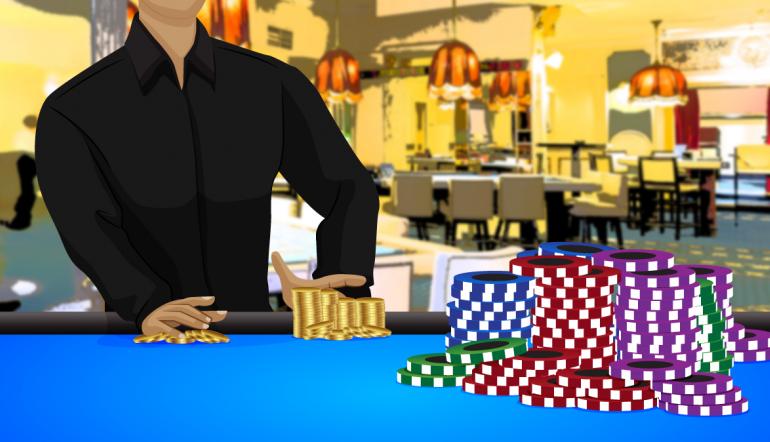 Confused by how the blinds work in poker? The blinds are an integral part of most poker formats, so having a decent idea of how they work is going to be extremely useful. Not to worry!

Every critical aspect of the blinds will be discussed in this brief guide:

What Are the Blinds in Poker?

The Blinds à Forced payments made by two players at the table before any of the cards are dealt.

The blind payment made by the two players is not the same. There is a small blind and a big blind expense.

In most poker games, the big blind is twice the size of the small blind although there are certainly exceptions.

Why Does Poker Need Blinds?

The blinds are what incentivises and generates the action in a game of poker. A big part of the meta-game on the first betting round is trying to steal the blinds. If we make a raise on the first betting round (called “preflop” in Texas Hold’em) and everyone folds, we win both blinds. It makes sense to try and get involved with weaker hands in the hope of winning the pot uncontested.

To help illustrate this, think about the answer to the following question - What would poker be like if there were no blinds? Players would be under no pressure to act with weaker holdings, in this case. They would not need to worry about their stack getting smaller after paying the blinds every orbit. The best strategy would literally be to wait for the best hand (two Aces in Texas Hold’em) and try and get all of the chips in.

Of course, no-one would give us action unless they also had Aces.

Poker would be a very dull game indeed without the blinds!

The size of the big blind constitutes the minimum legal bet size after all cards are dealt. In fact, it’s extremely common for players to measure their stack size in terms of how many big blinds they have left remaining.

For example – “It’s common for cash game players to buy in for 100 big blinds”. 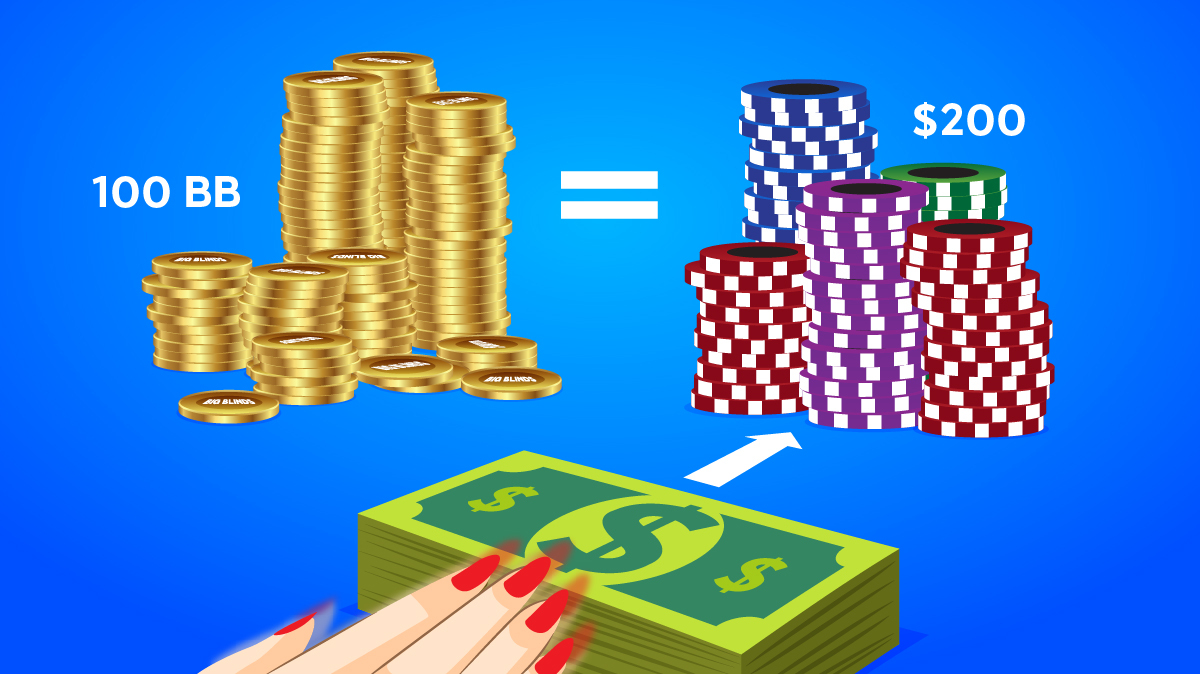 Some casinos even offer unorthodox blind structures such as $2/$2 where the small blind payment is the same size as the big blind.

If playing a home game or venturing to a casino for the first time, it’s worth noting that the blinds should be posted before cards are dealt. It’s customary for the dealer to ensure that the blinds have been posted before distributing the cards. It’s proper poker etiquette to be aware of when it is our turn to post the blinds, avoiding the need to be prompted repeatedly by the dealer.

Other players at the table might start suspecting we are trying to cheat by avoiding posting our blinds.

The blinds in a cash game are entirely fixed. They’ll stay the same for the entire game. The only exception might be a home game where every player agrees to change the blinds, but this rarely happens. Once the blinds are set in a cash game, they are set.

Poker Tournaments are not the same. The blinds in tournaments increase on a regular basis. This fact helps to drive the action and ensure the poker tournament doesn’t last forever. If the blinds were to stay the same, it could take a very long time before each player is eliminated. Due to the increasing blind values, players are forced to get involved with weaker hands to stay afloat. Waiting for premium holdings is not viable since the blind payments will eventually destroy our stack if we don’t make a move soon enough.

The increasing of blinds in a tournament is not random. It progresses according to a pre-determined schedule. When playing online, this schedule can be accessed at any time by viewing the lobby window of the respective tournament.

In the case of a live tournament, the exact schedule will be available beforehand, usually, once the event is announced.

Each set of blind values is referred to as a tournament level. There are two main components to the structure of a tournament’s level.

Different tournament structures offer a wide range of variations on the above two components. For example, turbo tournaments involve fast blind levels, i.e. only a short time between levels.

Hyper-turbos are an even more extreme variant of this and often also start players off with shallower stack sizes. 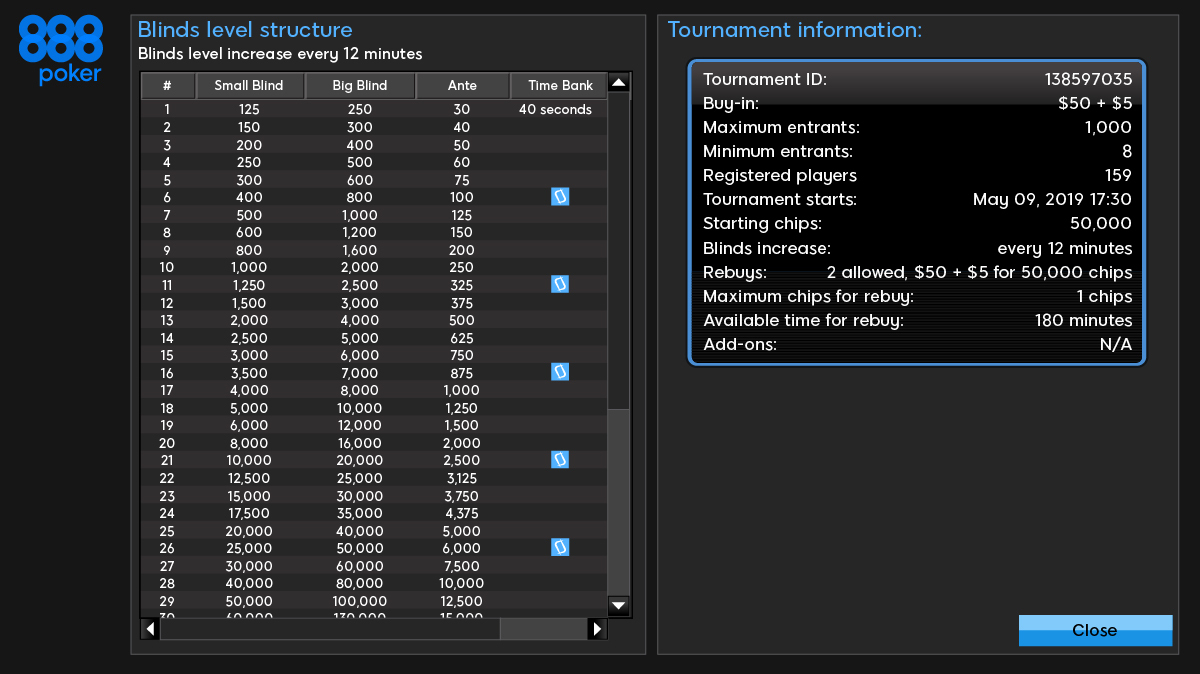 It’s common for antes to be introduced after a certain tournament level is reached.

What exactly are antes?

Antes à A forced payment made by every player on the table before any cards are dealt.

Some cash games (albeit the minority) also make use of antes as part of their structure. It could be a $1/2 game with a $0.25 ante for example. With the addition of the antes, the average pot size will be larger which helps to generate action.

It’s common for players to get confused regarding the correct distribution of blinds when playing 2-handed (heads-up) poker.

It’s really just a case of remembering the following à The button is also the small blind.

In Hold’em, this means that the player who pays the small blind acts first preflop but last postflop. This arrangement is a little different from three-handed (or more) Hold’em.

Assuming three players, the small blind acts before the big blind both preflop and postflop. However, in heads-up play, the small blind is now also the button and will act last on every postflop betting round.

What Does it Mean to “Steal the Blinds”?

Not only is “stealing the blinds” a common expression amongst poker players, but it also constitutes an integral part of poker strategy.

As we mentioned earlier in this guide, the fact that we have the potential to win the blinds on the first betting round (preflop) incentivises us to enter the pot with some non-premium holdings.

This factor is especially true when operating out of a “steal position”. The steal positions are defined as the small blind, button and cut-off. In fact, any first raise from these positions on the preflop betting round is referred to as an “attempt to steal”.

When it is folded around to us preflop, we’ll look to raise aggressively from these positions in the hope that all our opponents might fold preflop. Even if they don’t fold, we’ll still have the potential to make a big hand postflop.

However, the fact that we can sometimes win the blinds, uncontested means that raising in steal positions is especially profitable. 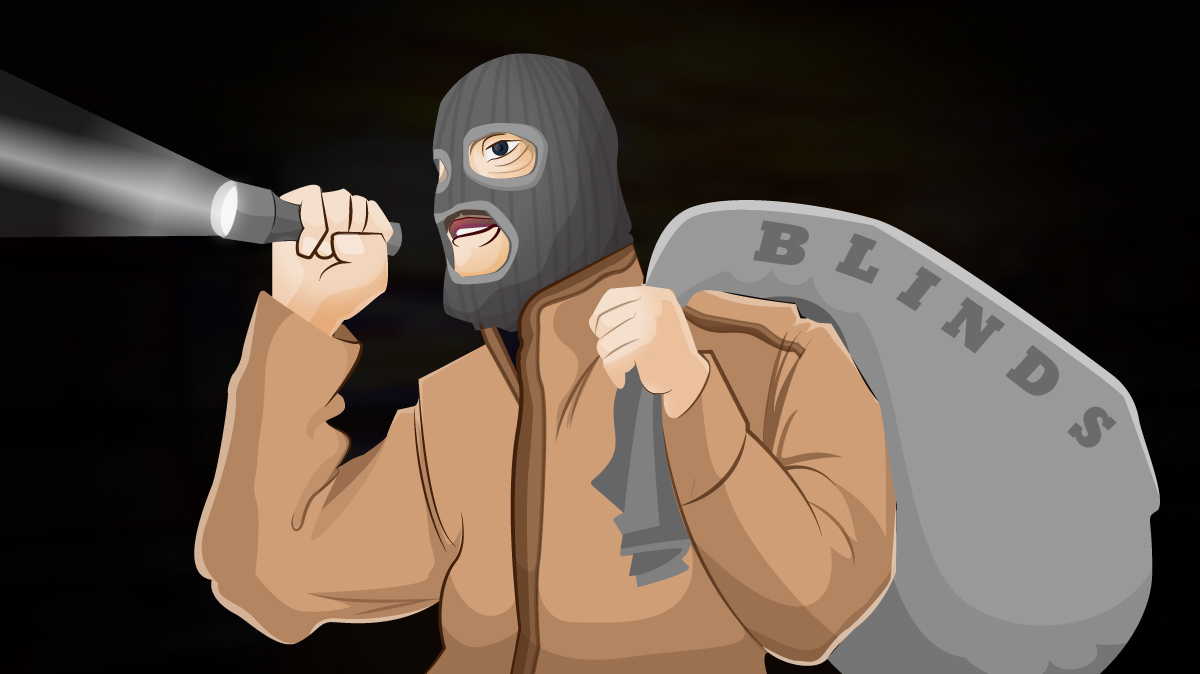 Tournament Strategy Based on Big Blinds

The correct strategy in a tournament setting is heavily linked to the stage we are at in the tournament along with the number of big blinds we have. Elite tournament players use a technique known as “ICM” (independent chip modelling) to help them model their strategy.

Tournament strategy is nuanced so we won’t discuss the details here. But we will acknowledge a fundamental correlation between the number of blinds we have left in our stack and how aggressively we should be stealing.

As our tournament stacks get smaller with respect to the big blind, we should be looking to increase our steal aggression.

In other words, stealing the blinds becomes significantly more important as our stack depth dwindles.

In the earlier stages of a tournament, we can look to follow a tight strategy since our stack depth is usually large relative to the blinds.

What Does it Mean to “Post the Blinds” Out of Turn?

When joining a cash game for the first time, a player must pay the blinds before being dealt any cards. (Otherwise, he could get cards for free and then leave the table immediately).

The most logical thing to do is to patiently wait until we are in the big blind position and then post organically. However, sometimes players are looking to get involved with the action a little faster, and there is a provision for this.

They can post the big blind immediately and get dealt in. Of course, the big blind position will also still pay the big blind for the same hand meaning the pot will be slightly larger than usual.

Along with the big blind, the out-of-turn poster must also pay the small blind which goes directly into the pot (the big blind post stays in from of him as part of his bet).

When the action falls to the out-of-turn poster, he has the option to check (assuming no raises before him) or raise the size of his post. Since posters invest their chips before seeing their hole cards, it means they are often weak (especially if they then proceed to check their action rather than raise).

Experienced players know that these are good spots to attack in the hope of winning the blinds (plus the dead blinds) uncontested.

Posting the blinds out of turn does not apply in tournaments since players must always post the big blind in turn regardless of whether they are actually sitting at the table or not. If a player were, for example, taking a restroom break, his big blind would be paid automatically, and his hand folded upon his turn to act – if he hadn’t returned in time.

Why are the Blinds called Blinds?

There are other types of blind bet that are sometimes made in poker, for example, “the straddle”, which is an optional blind bet made preflop.

Betting without waiting for the next community card/s to be dealt is typically referred to as “betting in the dark” and is considered another type of blind bet.

Timothy "Ch0r0r0" Allin is a professional player, coach, and author. Since the beginning in 2006 he has built his roll from the lowest limits online without depositing a single dollar. After competing in some of world's toughest lineups (and winning) he now shares his insights and strategies with the 888poker magazine.
Related Content
RFI Strategy in NL Hold’em – Crucial Items to Consider

Can You Beat the House in 3 Card poker Games? 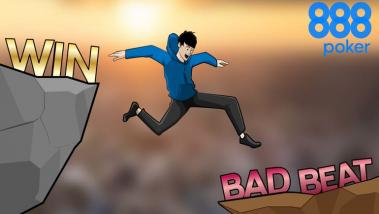