What is Dead Man’s Hand in Poker?

The Dead Man’s Hand is generally accepted to be two-pair Aces and Eights, although there is some debate on what actually qualifies as the dead man’s hand. The hand is based on legends and stories surrounding “Wild Bill Hickok” and has zero strategic relevance at the tables. 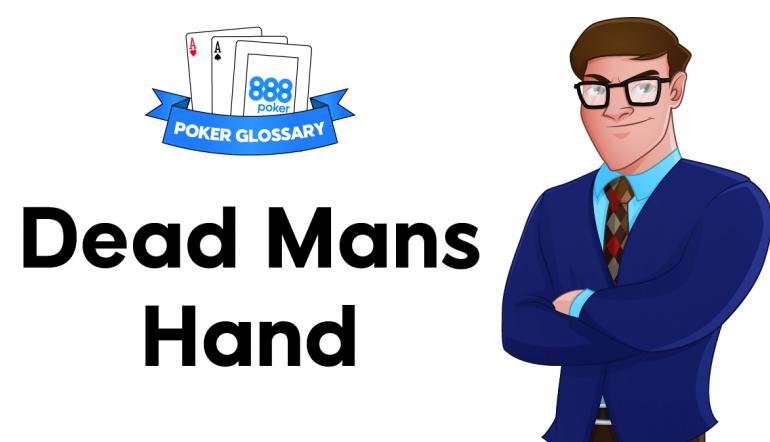 The dead man’s hand is based on the legend surrounding James Butler Hickok (aka “Wild Bill”) when he was shot in the back of head during a game of five card stud. The cards were supposedly retrieved from the floor and revealed to be Aces and Eights all black with a Queen kicker.

Although many accept the above, one Hickok biographer Joseph Rosa says that there is no contemporaneous source confirming the exact hand. Any two pair Aces and Eights is commonly referred to as the “dead man’s hand” (regardless of kicker).

The truth is, no-one knows for sure which cards Wild Bill Hickok was holding on that fateful day, but if you listen to popular culture, it was almost definitely Aces and Eights, all black.

Example of Dead Man’s Hand used in a sentence -> We called the preflop 3bet and flopped the dead man’s hand, Aces and Eights.

The term is presumably not that important, although we might make ourselves out to be a poker novice if we are unfamiliar with the legend of the dead man’s hand.

In terms of history, Stud games developed from 3-card stud, to 5-card stud and finally to 7-card stud which was popularized in the modern era. 5-card stud was popular during the time of Hickok but is no longer played commonly.