What is Dealer’s Choice in Poker?

Dealer’s choice is a poker game where the dealer button selects the variant of poker that will be played. 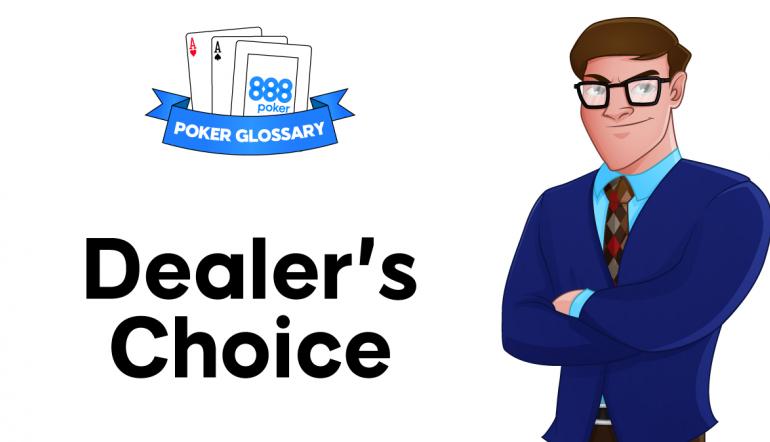 Dealer’s choice is a poker game where the dealer button selects the variant of poker to play. Typically, the responsibility to deal passes around the table clockwise. All players will get a chance to choose the format. Depending on the rules, the dealer will either select the variant for that specific hand or the entire orbit.

Usually, players will agree in advance which formats are allowed for selection. This ruling can result in some non-standard poker games being included. Dealer’s choice is common inhome poker games, rarely appearing in an online environment.

Assuming we are not playing purely for fun, the basic idea is to select the variant where we have the most significant edge. This decision is not necessarily the variant that we play best. It depends on our opponents’ skill levels also. It might be a variant where we are merelyaverage, but all our opponents are terrible. We’ll probably get an idea of which variations they favour when it’s their turn to pick.

Despite being the most popular poker variation, No-Limit Hold’em is rarely a dealer’s choicepick. Many players like dealer’s choice because it allows them to play other variants other than Hold’em. Besides, even if we are great at Hold’em, perhaps our opponents are decent at it too. The essential thing here is the skill differential, not our overall ability in a specific format.