What is LAG in Poker?

LAG stands for “loose aggressive” and describes a style of playing poker. LAG players like to play lots of hands on the first betting round (hence ‘loose’) and follow up with lots of aggression on the later streets (hence ‘aggressive’). Good LAGs often make more money than tighter players, but it is generally accepted that there is more skill involved in playing a LAG style. 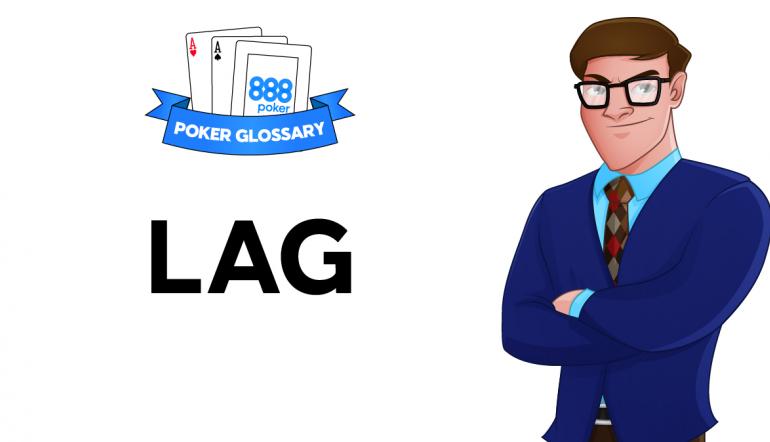 It’s common to use various abbreviations to describe different types of opponent at the table. Here is a non-exhaustive list.

The other type of “lag” refers to freezes and pauses in an online poker game caused by network issues or hardware problems. Professional players do all they can to play poker in a lag-free environment. Not only is lag distracting and frustrating, but in extreme cases we may find ourselves timing out in the middle of big pots which is damaging to our winrate.

To ensure protection from disconnection drops, may professional players have at least two internet connections running simultaneously. If one drops or begins to lag, they can use the other as a backup. It’s better to pay $30 a month for a second ISP than to risk timing out in a $2,000 pot.

Example of LAG used in a sentence -> It’s not a good idea to open-raise too wide on the button when there are LAGs in the blinds.

How to Use LAG as Part of Your Poker Strategy

Most poker schools advise starting out with a TAG style and gradually loosening up as our skills improve. A smaller number of poker schools, especially those found in Northern and Easter Europe tend towards advising a LAG approach from the outset.

When facing a LAG which should generally look to use their aggression against them by finding good opportunities to trap made hands and bluffcatch. Good LAGs are also generally capable of folding to aggression, whereas many bad LAGs also end up being calling stations.