What is Postflop in Poker?

Postflop in poker simply means ‘after the flop’. The flop is the name of the second betting round in Hold’em and Omaha where 3 community cards are dealt face up in the centre of the table. Anything that happens from the moment those 3 cards are dealt is called postflop, including all the action on the flop, turn and river. Anything that happens before the flop is dealt is referred to as preflop. 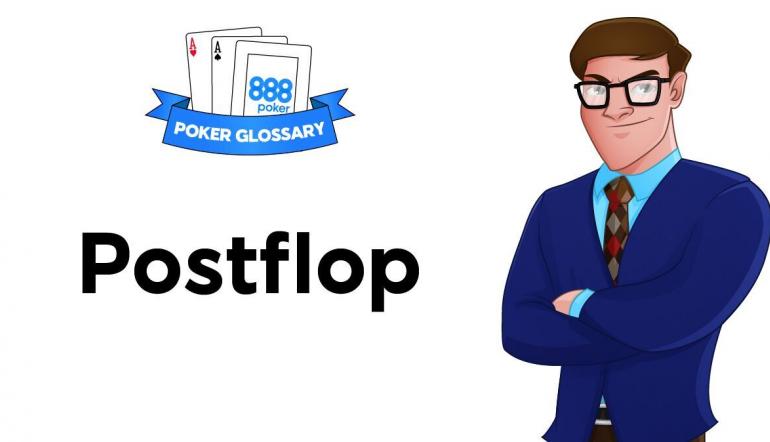 “Postflop” literally means “after the flop”, where the flop is the three community cards dealt after the first betting round in variants such as Hold’em and Omaha. Any of the betting rounds that occur after those cards have been dealt is hence referred to as “postflop”.

Note that the term only applies to games where there are 3 community cards dealt on the second betting round (referred to as the “flop”). Draw and stud games do not have a flop, hence the terms postflop and preflop do not apply to such variants.

Example of Postflop used in a sentence -> Most of the important decisions in Hold’em and Omaha happen postflop, unless the starting stacks are really shallow.

How to Use Postflop as Part of Your Poker Strategy

Preflop is an important betting round in all variants of poker. Although there is typically the least money at stake preflop, our decisions on this betting round will influence the profitability of the entire hand. It’s generally believed that a small mistake preflop can lead to big problems postflop.