Poker has its share of shady characters. 888poker investigates the top 3 poker hustling scams and go behind why they don’t work and how they were rumbled. 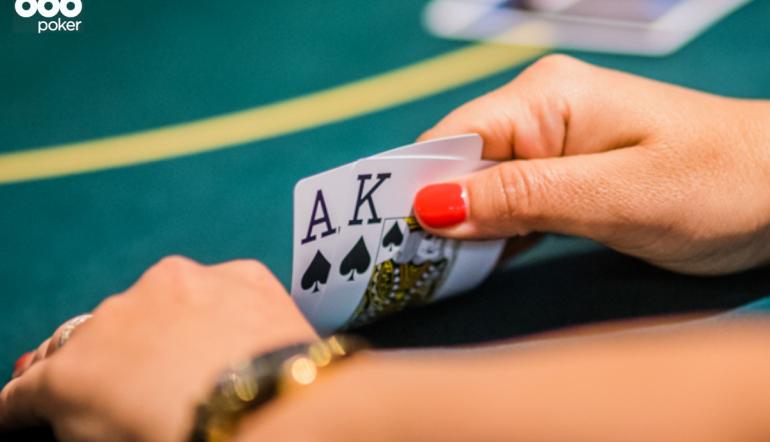 Poker’s come a very long way since the Wild Western days when a  straight draw suck out might turn to a quick draw shootout! We’re pretty spoiled from a security perspective these days. But it was only 50 years ago that players like Doyle Brunson and The Devilfish were being robbed at gunpoint or playing with sawn-off shotgun under the table.

Thankfully, 21st-century  poker is a different beast. Nowhere else in society would you leave thousands of dollars on a table, pop to the bathroom and not shed a single bead of sweat worrying it wouldn’t be there on your return.

It’s barmy if you think about it, but poker’s never been safer.

However, whether  it’s tax evasion, shoplifting, or a rigged fight, if  there’s  money involved, there’s probably someone trying to run a scam. Poker is no different, and so, historically, there has been a range of dodgy dealings within the game.

Scams range in terms of creativity, from the cold decks and card-catching sleeve devices of old to more sophisticated modern scams like the recent Mike Postle’s allegations (which we’ll look at later).

Annoyingly, we probably don’t know about the best poker hustles because it tends to be only idiots or flawed schemes that ultimately get discovered. Reassuringly, casinos and poker clients are on our sides and have outstanding countermeasures to keep you safe.

In any case, here’s a few classic scams to whet your appetite and to help keep you safe at the tables.

You’ve probably heard this term being used to describe a standard cooler, but the phrase stems from one of the oldest hustles in the game. A cold deck is a prearranged deck of cards that has been rigged to generate action in a specific player’s favour. The name comes from the fact that the deck hasn’t been ‘warmed’ by players’ hands.

The scam works along with a stooge or two, whose job it is to drive the stakes higher by repeatedly bloating pots. Pretending to be a rich, drunk whale, this shill is designed to seduce players and lull into a false sense of securities. With all the attention on the rich whale,  it makes it easier to get the deck into the game and minimise any risk of suspicion from the scammer stacking the ill-gotten gains!

You don’t hear about this scam anymore because there’s no real way to implement it in a live casino game since the security is too strict and attentive.

If executed properly,  cold decks are an effective scam and if you want to see the ruse in action, here's a great video tutorial on by a team called “The Real Hustle” where they prank a far more youthful-looking Hendon Mob.

Collusion involves two or more players working together to gain an advantage over an opponent. Historically, this has happened both live and online, with some high-profile live tournament scores being investigated. Online,  this is a done quite easily via third-party software such as a phone call, VPN, or screen sharing software. In the live arena, though, collusion requires a lot more skill and preparation, since it’s usually achieved by complex ‘signalling’.

Although it’s pretty complicated to do, signalling is posturing yourself in a way that communicates with your fellow deviant using a pre-defined secret code or sign language. Subtlety is critical in live collusion and getting away with it is difficult. It requires a little more sophistication than merely trying to disguise “I folded an ace” within a conveniently time coughing fit.

Whereas most people think of collusion as simply sharing cards so that you can know what’s folded, and get a better understanding of your opponent’s range,  there’s way more to it than that. Just like double-teaming someone in a fight, if you’re working together,  you’re able to put your opponent in more challenging situations by subjecting them to unreasonable amounts of pressure. For them to succeed, your victims need to be far superior to you.

Additionally, and a bit like online dating, most players realise that you should raise your standards with more than one other player in the mix. Since it doesn’t matter which of the cheats wins the pot (as they’re sharing the winnings), there can be more to lose by folding than sticking around and forcing your opponent to play multi-way pots.

As a result, colluding players can get disciplined players to make what would be good folds in a legitimate game, simply by sticking around and forcing them to worry about multiple ranges.

Compare the following two hands as an example:

Playing against colluding players is a bit like that playground scene in the second Matrix, where Neo has to battle thousands of Agent Smiths. Even with an insane skill edge, being outnumbered is such a massive hindrance, Neo had to run (or fly) away. It’s the same at the poker tables, and even if you do manage to come out on top, the handicap means  you’d be way below the EV your skill deserves.

The good news is that it’s tough to collude these days. Online poker sites have implemented complex algorithms monitoring any suspicious behaviours,  and they can review hands in hindsight if they have suspicions. Dedicated fraud teams can see  IP address clashes and even whether screen-sharing programs are being run alongside the poker client.

Similarly, live casinos are riddled with cameras, and so if someone is suspected of collusion, a casino can watch the player in secret for a while. They won’t have cards up, but if collusion exists, it’s tough to hide once you’re on the radar.

A lot of the bigger games are televised too, which makes it harder to cheat, and more likely someone will notice. Not that that stops some people trying, as was the case with  Rossi and Pasqualini at the Partouche Poker Tour a few years ago.

Their case  is an excellent example of collusion in practice:

It’s one thing to know what cards your fellow cheat has, it’s another to know exactly what everyone else in the game is holding. Superusers and card markers have one thing in common; they can do just this.

A ‘superuser’ is a player who has access to an account that can see everyone’s hole cards online. These accounts are reserved for internal use by poker client employees. However, there was a famous Ultimate Bet scam a while ago where a player called “potripper” had access to a superuser account. Fortunately, he wasn't smart enough to be subtle about it and was caught. Since it’s easy to see if a superuser account is active, they’re simple for poker sites to rumble. 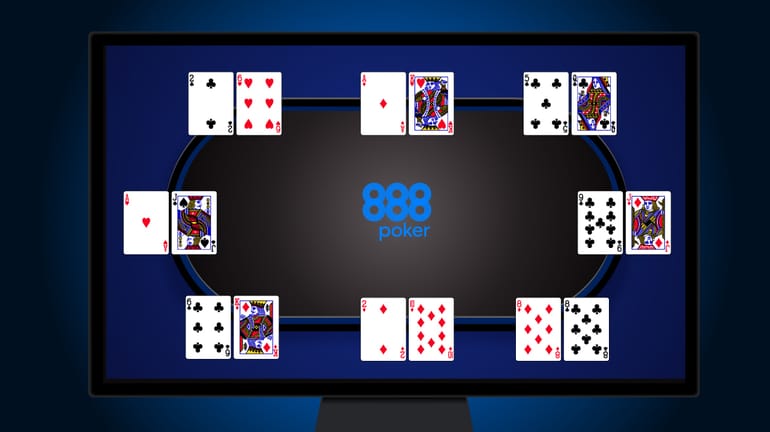 A card marker is a little more skilful. Unlike a cold-deck user, these cheats must touch the cards already in play before they can cheat. There are several ways of marking cards, such as using special paint and glasses to mark the back of cards, or merely bending them in a fashion known only to you., Card markers have autistic levels of attentiveness. Good ones can manipulate cards in super subtle ways that enable them to read them from upside down.

Like leaving your Instagram account logged in on a nosy partner’s phone, these cheats can see everything! It’s impossible to beat someone who can see your cards, but fortunately, this kind of cheating is obvious from a card inspection. So, if you suspect foul play, speak up and ask for a new deck. The penalties of card marking are severe, and it’s an immediate lifetime ban pretty much everywhere.

The last well-known case of this was in 2015 during the 10k heads-up event at the WSOP where a player called Moldavian Valeriu Coca was accused of marking cards by some high-profile opponents. He later was cleared of all charges and received his prize money. So, the accusations may have just been the result of a little saltiness from his vanquished opponents.

At the time of writing, things  haven’t been finalised regarding this scam. But with Twitch and  live streaming replacing televised poker these days comes a potential risk of cheating and being scammed.

These streams are fuelled by audience engagement, which relies on them becoming invested in the content.  Since we humans love a bit of closure,  it’s far easier to hold an audience’s attention when cards are streamed face up, and the audience can play along and anticipate the result.

Although streamed on a delay, the data has to be recorded in real-time, so, there is an obvious security risk that comes with players’ cards being recorded. With the right technology (and a loose enough moral compass),  someone could theoretically use the info in real-time to become a live superuser. Right now, a  guy called Mike Postle is being accused of doing just that.

Though the evidence seems pretty damning, we can’t say for sure just yet. However, if there’s truth to the accusations, this throws a massive spanner in the works when it comes to live streaming.

Despite casinos’  claims that they monitor players closely and that the software is safe,  the stream footage seems to show Mike staring at a mobile device on his crotch before making unbelievably accurate decisions in crucial pots over a period spanning several months.

Coupled with suspiciously impeccable timing and a radical and immediate change in his playing style, it seems more likely that Postle is cheating than getting divine inspiration from prolonged glances at his jolly roger.

Joey Ingram does a great series breaking this down on YouTube, so you can be the judge as far as this case goes.

There is strength in numbers, and at any stake or level, any cheating is shunned more than my Tinder profile.  In a bizarre, counter intuitive way, our game is built on integrity, and  so there’s no real need to worry about being cheated when playing.

Not only is it risky and rare, but the consequences are severe if caught, and so it’s just not worth the risk.

Significantly, poker players don’t lie, they “bluff” and so if someone were found to be abusing live streams (or cheating at all, for that matter) they would be shamed at every table.

Moreover, it’s worth remembering that just as was the case with  Potripper,  if someone is dumb enough to try to cheat, they’re probably not smart enough to get away with it.

For our web story about poker scams, just click here.