888poker presents a hand from the ARIA 2016 SHRB with hand analysis from poker pro, Dan Shak as he faces off against Fedor Holz. 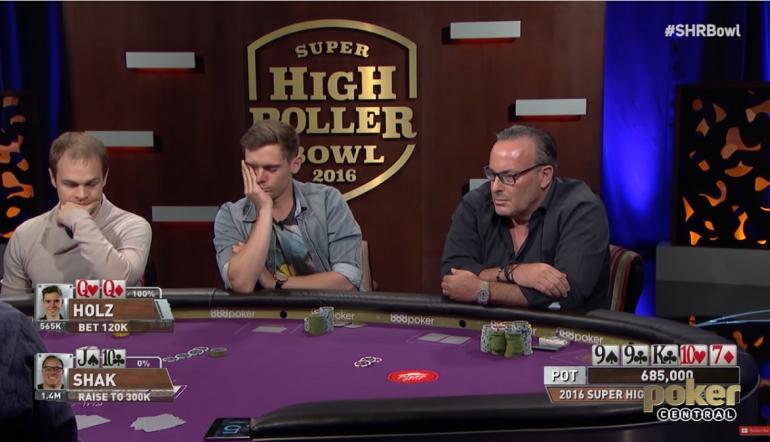 In this hand, which occurred in the fourth episode of the 2016 SHRB, Dan Shak tried to bluff Fedor Holz, arguably the best young gun in the game. How did it go?

Find out below along with Shak’s own thoughts on the hand.

As it happened, both players held better-than-average poker hands for a blind-versus-blind battle. Holz’s raise from the small blind signified strength, and Shak had a hand with which most players want to see a flop.

When the flop fell 9♠9♣K♣, both players checked, and the dealer burned and turned the 10♥. Holz opted to bet 60,000, and Shak called with his pair and gutshot.

“What did I call the turn with? I had to call with a king or nine, at least that’s what I wanted Holz to think,” said Shak. “It just so happened I had a ten-jack for a gutshot. He didn’t bet much on the turn, so I decided to shoot for the gutshot. I’m glad it didn’t come as he would have filled up.”

While Shak only had a 4.55% chance of winning the hand – he needed to catch another ten – in his mind he believed a queen would also give him a winner, and maybe even a jack too. Given Holz downsized his bet – which means he bet less than he had on a street prior, in this case, 60,000 on the turn when he had originally made it 65,000 preflop – it’s not hard to see why Shak, who had chips to spare, peeled the river. 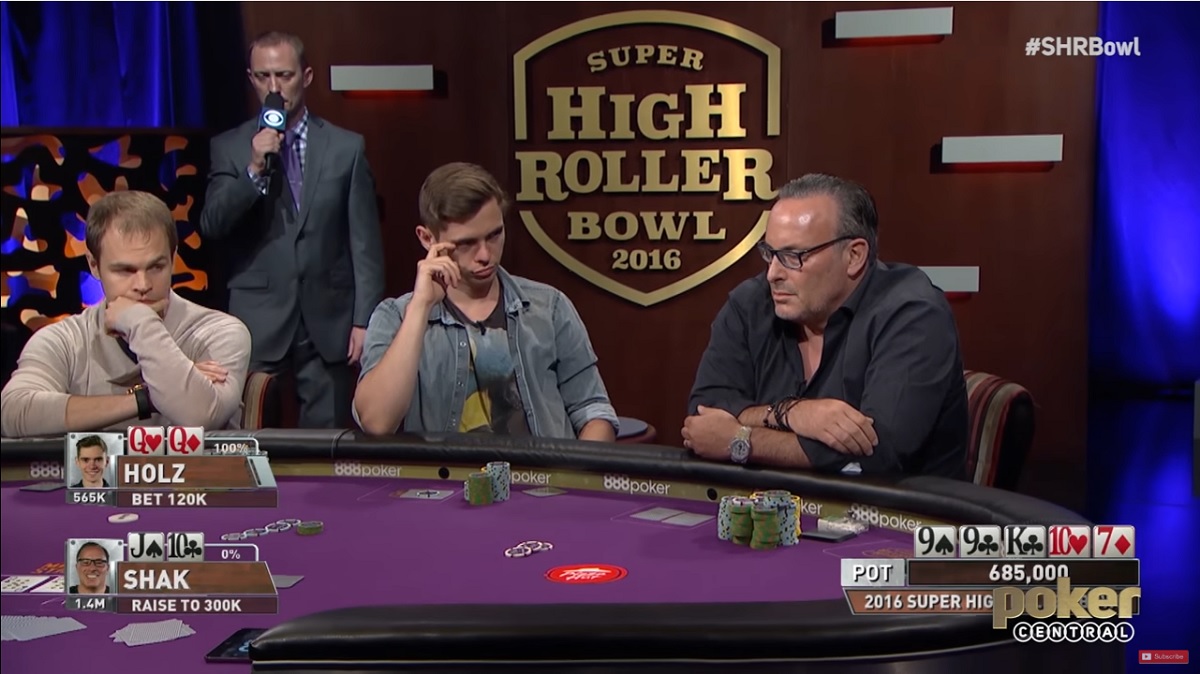 “I thought there was a chance I could get him to fold a king if I was beat, but I did also think there was a chance my ten was good,” Shak explained. “I really didn’t feel like I was good, or I probably would have just called. I put him on a bad king at best and felt he would put me on an even better king or maybe even a nine.”

Holz ended up using a time extension before making the call to win the pot.

“I honestly felt he had nothing,” said Shak. “If I made it a bigger raise, he might have actually called quicker. If I put in too big a raise, he may get kind of suspicious. If you watch him, he had to call for half his remaining stack, which to me would be pretty significant. I was actually shocked he called with queens. I’m a fairly tight player, and I think most other players would fold queens there as I usually wouldn’t raise in that position unless I had it. I thought it was an amazing call on his part, to be honest with you.

So, what did Shak think about his experience playing one of 2016’s hottest players?