888poker presents a hand from the ARIA 2016 SHRB with hand analysis by 888’s Dominik Nitsche as Daniel Negreanu runs a big bluff against Pratyush Buddiga. 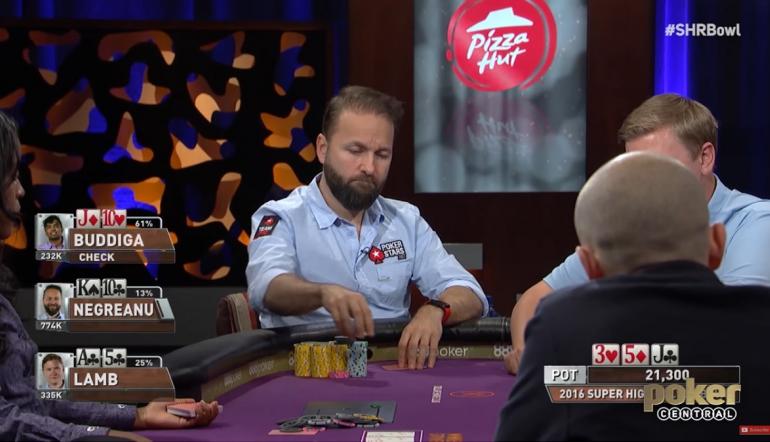 In this hand, which occurred in the first episode of the 2016 SHRB, Daniel Negreanu uses his “range advantage” to run a big river bluff against Pratyush Buddiga. We asked 888poker Ambassador Dominik Nitsche to break down the hand and explain to us the concept of a range advantage.

“Daniel Negreanu elects to bet the flop, which is already a somewhat thin play as he is up against two opponents,” Nitsche commented. “My favourite play here is to check as Lamb and Buddiga calling seems like the only play. Nothing special so far.”

When the 10♠ peeled off on the turn, all three players checked, including Negreanu who paired up.

“The turn brings a ten and the action checks through. I like this play from everyone in this hand, although I must say that in Negreanu’s shoes I'd be very tempted to bet,” said Nitsche. “Your ten has next to no showdown value given that Buddiga overcalled the flop. Negreanu has an excellent chance of making Buddiga fold a hand as strong as J-X by the river, if he bets the turn. With a ten in your hand, he also blocks J-10, which is the main hand he should be afraid of that can easily call down two more big bets on the turn and river. I'd be very likely to fire again here in Negreanu’s spot. I can see why he checked, but I think he is overestimating his showdown value a lot.”

For those who don’t know, showdown value refers to a hand that is just strong enough that it may win at showdown (after the river). As such, your equity comes from making it to showdown as cheap as possible. To put it another way, when a hand has showdown value there is no longer any reason to bet for value since weaker hands will fold out and better hands will either call or raise. 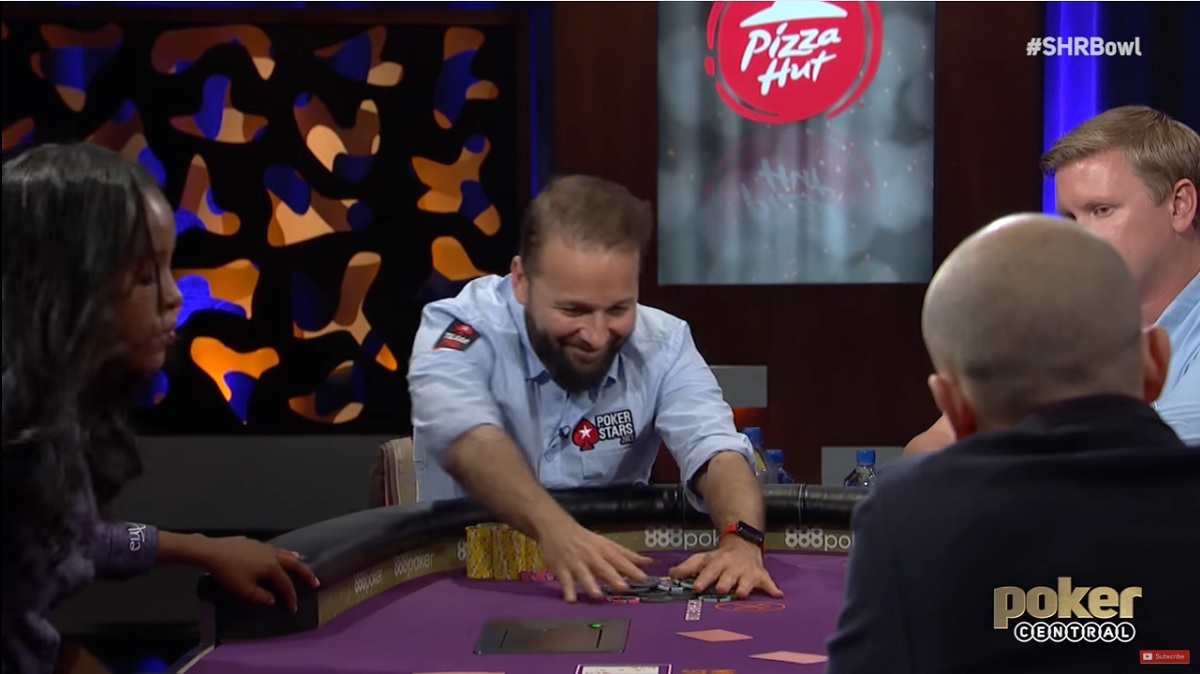 When the Q♠ completed the board on the river, Buddiga led out for 35,000 with two pair, Negreanu raised to 100,000, and Lamb folded. Buddiga thought long and hard before laying down his hand.

“On the river, Buddiga leads out with a bet and Negreanu raises,” Nitsche explained. “I can see why he is doing that and it is a very strong play. He is the only one who can have a hand like pocket queens, or of course the main hand he is representing here is ace-king. Meanwhile, Buddiga is somewhat capped as to the hands he could have based on how things played out. This is also what Nick Schulman was referring to when he said Negreanu had a ‘range advantage.’ He has all the strong hands in his range, and Buddiga does not, due to a combination of preflop and postflop play.”

Indeed, if you envision Negreanu holding Big Slick and look back at how the hand played out, it all makes perfect sense. It’s a hand well within his range that he would have continuation-bet on the flop and checked on the turn (why not take a free shot at an ace, king or queen). A danger card hit, and Negreanu put out a big raise. It’s hard not to believe what he’s selling.

“Excellent bluff there on the river by Negreanu,” Nitsche concluded. “I would suggest that, as Buddiga, this is typically a spot you should be betting infrequently. I would look to check down my hand or catch a thin value bet. Players in Super High Rollers typically tend to value bet thin, so I think that play does far better than betting with a capped range and potentially getting bluffed off a hand that is near the top of your range. That’s what happened to Buddiga.”