Continuation Bets (C Bet) – How and Why Should You Make Them?

The continuation-bet is a huge part of hold’em but it’s not correct to do it all the time without thinking. We show you how and when to c-bet like a pro 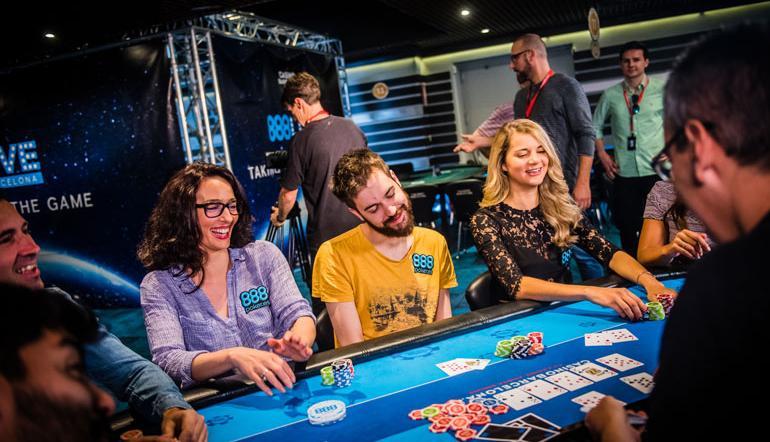 A continuation bet (C bet) is a bet you make when you have missed the flop but entered the pot as the preflop raiser. It’s made to get your opponent out of the hand, as opposed to value betting. Essentially it’s a bluff that is based on the fact that you have shown strength preflop and were called. What you have to be very careful about is to make sure that you mix it up a bit. You can’t C bet every time. It’s very important to understand the texture of the flop. When the flop is dangerous you should exercise caution.

2. When you enter a pot as the raiser, should you always c bet? What considerations are there to bear in mind?

The main factor to consider when deciding whether or not to make a continuation bet, is deciding what kind of player you’re up against. Are they a tricky aggressive player that likes to play back at people? Or have they folded to lots of other players’ c bets? It’s important to remember that your opponent will miss the flop 70% of the time and that’s what makes c betting a successful move. At the same time you have to vary when you make them otherwise everyone will realise what you’re up to. It’s not very likely that you’ll hit every flop hard either! By making c bets, more often than not opponents will try to trap you when they do hit the flop and check to you. They’ve now missed a major opportunity to build the pot because if you sense the danger you can take a free card. And if you don’t hit the turn it’s quite easy to get away from your hand if they then decide to come out betting.

3. What is your c bet representing and how much should you make it?

If an Ace comes down on the flop, your continuation bet is representing that you have an Ace in your hand. If the flop comes down 10-6-5 your c bet is saying that you have an overpair. So what you need to do is evaluate how much it costs to knock others off their hands, and then make that bet. In the same way that different players have different thresholds of protecting their big blind you’ll find varying levels of resilience to continuation betting. If you find that optimal level you’ll lose the minimum. You need to get it spot on so that the times someone does come over the top you lose the minimum amount.

4. Can you continuation bet on the turn?

A delayed c bet on the turn can be more successful than one on the flop because c betting has become so common that a lot of players will ‘float’ you on the flop. If an opponent checks to you in position on a flop you don’t like, you can check to see how they’ll act on the turn. If they check for a second time, you can then make a c bet. It’s a lot harder for them to call or check-raise on a draw or bluff with just the river to come. For example, say you raise on the button with A-Jo and your opponent calls from the big blind with 8h-6h. The flop brings 2h-5h-Qs. You’ve missed but your opponent has a flush draw. Your opponent checks and you check back. The turn is the 10c. Now it’s tough for your opponent to continue with just one card to come. If you made a bet on the flop it’s conceivable that your opponent would check-raise and you’d have to put down the best hand.

If you’ve had a three-bet called you’re in an entirely different situation from when you have a standard raise called, and therefore standard c betting does not apply. Your three-bet was asking your opponent if they had a good hand and their call responded with a ‘Yes.’ Now a flop comes up which you’ve missed. If they check you should check with them. You don’t need to be making this pot too big if you still haven’t connected.

6. If you raise with A-K from early position and the J-10-5 flop gives you overcards and a gutshot, should you check or make a c bet?

In a poker tournament it depends on the proportion of chips you’ve got invested in the pot. You have to continue representing that a raise from early position means you have a very strong hand, but J-10 on the flop is dangerous. Betting out of position is difficult, but as you’ve made the bet from early position you should make a c bet, but not more than three-quarters of the pot. If that bet means you’ve committed more than 40-50 percent of your stack and they come back over the top, you haven’t got a choice – you have to play. In a deep-stacked cash game, however, you’re probably better off checking. Check-raising would also be a strong play in this situation. Let the other player think that his A-J is good (which it would be at that point) and come back over the top when they bet. The combination of your early position bet and postflop check-raise makes it difficult for your opponent to play on. If they call your raise you still have outs and if they come over the top you can still get away from the hand. The more deep-stacked the action the more aggressively you should play that check-raise.