Are Split Pots a Waste of Your Time?

In poker for every winner there has to be a loser. However, with split pot poker variants there can be more than one winner. Let’s find out how. 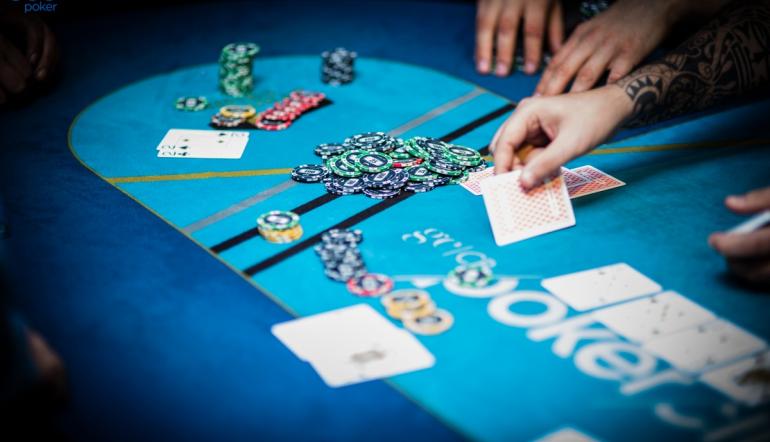 To split a pot is simply to divide the chips among the winners. This process primarily occurs on the river. The chips in the pots are allocated to the active winning players still in the hand.

In, poker for every winner there has to be a loser. But, with split pot poker variants there can be more than one winner. Let’s find out how.

Winners and Loser in Split Pots

Poker is a zero-sum game, meaning for every winner there has to be a loser. But, that’s not to say there can’t be more than one winner. This scenario is especially true in split pot poker variations and situations.

For example, imagine it’s No-Limit Texas Hold’em game and you have an ace-high straight. The board isn’t paired, and there are no flush possibilities, so you have the nuts.

As it turns out, your opponent has the same hand so you two would split the pot.

That means you’ll break even. Or possibly even make a little in those instances with multiple players in the pot.

When Kickers are Kings!

Often split poker pots come down to kickers. These are cards in a poker hand that do not determine the rank of the hand. But they may be used to break ties between hands of the same rank.

Here’s a good example where both players have the same two pair. But the fifth card (the kicker) makes all the difference. 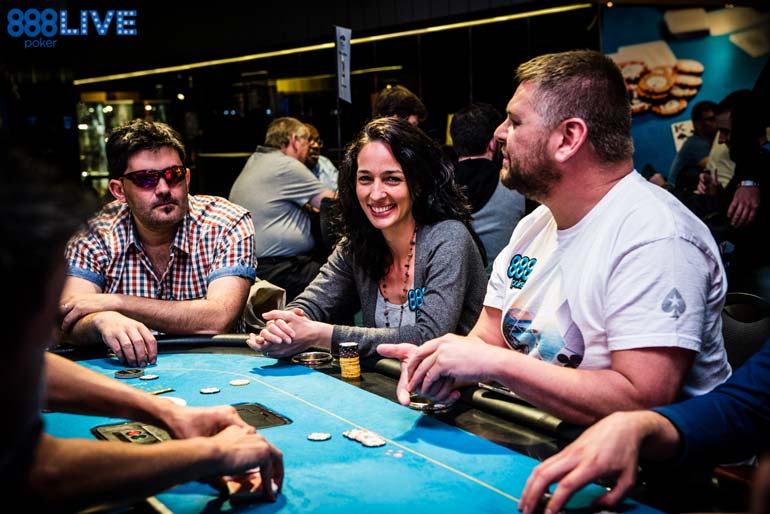 Here’s an example where the kicker comes from the board and results in a split pot:

Pairing your Ace is all good unless you’re out-kicked

Often a pot cannot be equally split. There could be a single odd chip leftover (possibly two odds chips if split three ways). It’s always the lowest denomination chip remaining in play. There are rules on how it should be awarded.

In a high-low split game, such as Omaha Hi-Lo Eight or Better, the odd chip always goes to the high hand.

In other games, many venues award the odd chip to the closest player left of the dealer button.

While others will give it to the player’s hand with the highest-ranking single card.

They will even use suits to break ties if necessary –

The Art of the Chop

Other terms for splitting in poker are “chop” and “chopping.” That means to divide the chips among the winning players equally.

“Chop it up” is a common saying in poker circles. Whenever you hear it, you can be sure pots are being split. It could be that two players are tied in a hand.

But you can also use it in two other contexts.

All players remaining in the tournament must agree to a chop.

Chops can be equal or based on chipstacks

There’s a long list of different poker games that offer split pots. The most prominent is Omaha Hi-Lo Eight or Better.

Pots are often divided between the best high hand and the best low. (It’s possible for the same player to hold both – like an A-2-3-4-5 straight – to “scoop” the pot.)

Other split-pot poker games include –

In these games and others like it, players are often playing for half the pot.

It changes the maths. So, the cost of betting and the price to call are perpetually in flux.
In split-pot games, general wisdom dictates that you should never play a hand that is only likely to win half-the-pot.

Instead, play hands that increase the likelihood of scooping and decrease the odds of splitting.

Bear in mind that weak kickers can lose you a pot on the river. Make sure that your kicker is strong, and you’ll be the one out-kicking an opponent on the river!

Don’t be confused in casino scenarios with split pots. The lowest denomination of chip means that someone might be left a little short in a river chop.

Chops are also a way of referring to blind-on-blind pre-flop scenarios, in live play. Both blinds can agree to take their bets back and not play the hand.

Chopping also occurs in tournaments where players can agree to “chop up” the remaining prize money.

Some poker variations are based on splitting the pot. In Omaha 8 or Better, there are two pots to win on the river – the high and the low! Hopefully, you can scoop both!

Beginner
Cash
omaha
About the Author
By
Chad Holloway