Need a quick recap on the rules of poker cash games before jumping into the action? Don’t worry, check out the top ten rules you must know for cash games. 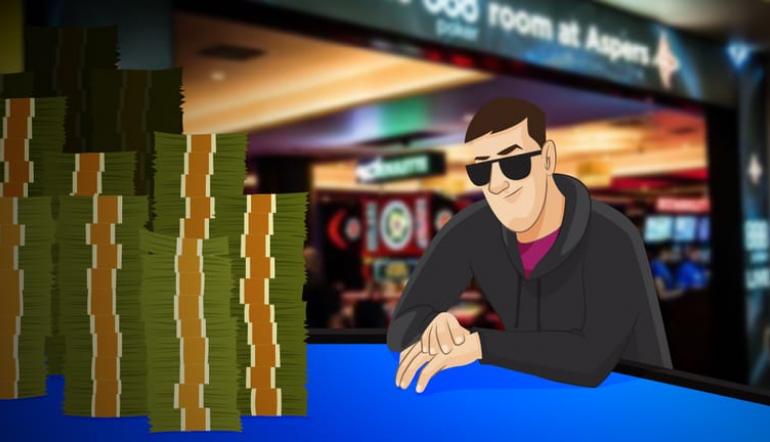 There is no need to get overly anxious when jumping into a live cash game for the first time. Generally, players are friendly and will help us out if they see we are new. Having a good grasp of the rules will help us to play competitively, however, and we should at least be familiar with the points on this list before jumping into a game.

Many of the problematic aspects of cash game rules are automated for us in an online environment. When playing online, it’s more important to know some basic showdown rules (i.e. what beats what) along with some basic strategy.

So, before jumping into the action, here are the Top 10 essential things to know.

1. Join or Leave at Any Time

Unlike tournaments, we have the luxury of being able to join or leave the table at any time. We may also re-buy chips at any point up the maximum buy-in amount specified by the table.

Cashing out a certain percentage of our stack is not allowed in most cash games, however, and is a violation of a policy known as ratholing.

The blinds are mandatory payments made by the small-blind and big-blind positions before being dealt any cards. At least, this how most popular poker variants like No Limit Hold’em and Pot Limit Omaha work. Other formats (like stud variants), for example, make use of antes instead of blinds.

Either way, there will be some mandatory initial payment we need to make. So, if we are playing in a live environment, it’s a good idea to follow the action and make our payments on time to avoid holding up the action.

When sitting down at a table “out of turn” (i.e. not in the big-blind), we will typically have to post the blinds upfront (otherwise we’d be getting dealt cards for free). Consult with the dealer if unsure what to post.

Chip etiquette is vital in live games. One aspect of this is making correct bets, whether silently or verbally. A string bet occurs when we illegally split our betting action into two parts. The classic example of a string bet is “I call your bet and….raise you another 50”. The first action is always binding in modern cash games.

In the above example, the player would be forced to just call the bet, since this is what he announced first. String betting may also occur with the way we push our chips into the pot. Chips must be pushed in one smooth motion (or announced verbally first). If chips were instead pushed centrally in two groups, only the first group of chips would count as the legal bet amount.

If lacking confidence in handling chips, it’s recommended to announce all decisions verbally. If we clearly state,“I raise to 50”, then we can place our chips in the middle whichever way we prefer. 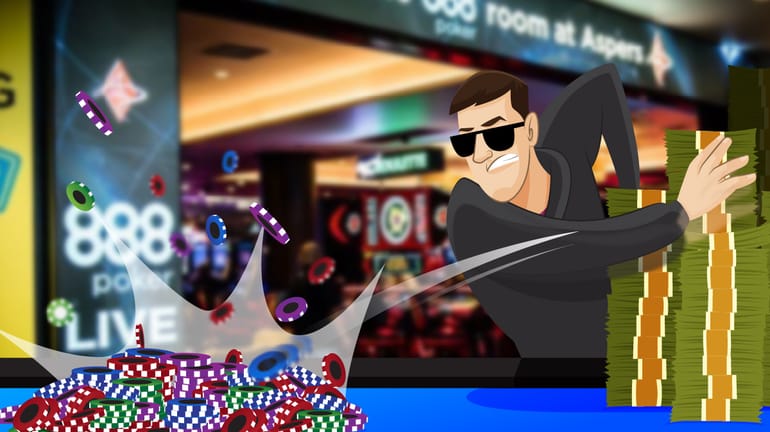 There is a fine line between etiquette and rule-breaking, in this instance. Chips should always be stacked neatly with the higher denominations of chips towards the front of the stack. When our large chips are concealed behind a stack of smaller chips, our opponent may assume we are shallower than we are. He may end up making a commitment decision he didn’t want to make.

We should also avoid “splashing the pot” where possible (i.e. scattering chips everywhere). When making large bets and all-ins, there is no reason why chips should not remain in neat piles. Remember, at the end of the hand, whoever wins will need to stack the chips again. This action is much easier if they are not rolling all around the table.

While this is not a hard and fast rule, repeatedly splashing the pot will make us unpopular and even cause us to get in trouble with the floor at some venues.

In most casinos, the player who took the last aggressive action must show his hand first. It’s recommended to table our hand visibly and clearly announce what we have, to avoid any misunderstandings and/or slowrolls. (If we prefer not to speak that’s fine, but the hand should be clearly visible to the table at the very least.) The caller of the last aggressive action then has the luxury of “mucking” or tabling his hand if it will win at Showdown.

Note that this means we do not have to show our hand if we are beaten. We can simply say ‘nice hand” and slide our unshown cards back to the dealer. Since Showdown has been reached, the players involved technically have the right to see the mucked player’s hand. For the most part, this rule is ignored since it’s considered bad etiquette to ask to see mucked hole cards.

Exceptions exist, and these will generally be based around the table dynamics (perhaps it’s common in a particular game). Either way, we should probably not ask often, and we should definitely not ask if we are a third party.

6. Know the Min and Max Bet

Not all bet sizes will be legal. It first depends on the betting structure, i.e. is it a fixed-limit, pot-limit, or no-limit game?At the very least, we need to make sure we are comfortable calculating pot size raises and min raises. If we don’t know how to calculate these, we’ll find ourselves repeatedly asking the dealer to calculate for us.

While this is not technically against the rules, it slows down the action and is considered bad etiquette. Making incorrect bet sizes (either too large or too small) may also be considered an attempt at angle shooting (even if this is not the case).

There are a few rules when adding chips to our stack. Firstly, we need to buy chips from the dealer or the floor. We can’t add on chips to our stack from our pockets without telling anyone (even if those chips are perfectly legal). This move would be unfair to other players at the table who might not realise we are now significantly deeper than we were 30 seconds earlier.

Even worse, if we try to add chips to our stack during a hand we are playing; this type of behaviour may end up with us being ejected from the casino. It’s also illegal to give chips to our buddies at the table; everything needs to go through the official channels. 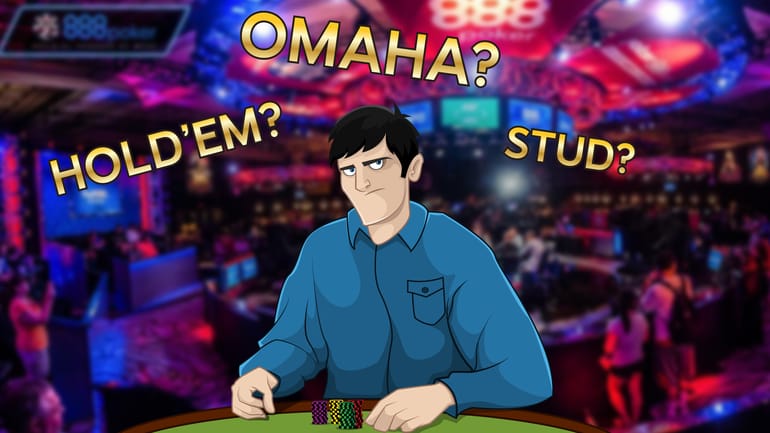 There are many rules which will be unique to the variant being played rather than to cash games in general. Whichever variation we are playing, whether it be Hold’em, Omaha, Stud or Draw, we should invest some time beforehand in learning the rules. While doubtlessly the other players at the table or the dealer will be happy to fill us in, it’s just not smart to be risking money in a game that we don’t even know how to play.

Not knowing the rules can also make us unpopular. If we are continually acting out of turn or attempting to make illegal bets, we might be suspected of angle-shooting (cheating). Although many players will recognise that we are new and that we have no sinister motive, not everyone at the table will be so patient.

This rule applies to both live and online games. Typing obscenities in the chatbox or (worse), shouting them across the table can result in a ban. While this behaviour may sometimes proceed unchecked in an online poker room, it will be picked up on some of the time and result in penalties. Besides, berating other players doesn’t do anything to improve our winrate and certainly shouldn’t do anything to improve our mood.

There are generally healthier ways to vent our emotions without risking getting into trouble. Politeness also includes using the language that is most common to the table. If there are several English players at the table and we want to chat with our buddy in Russian, it’s potentially going to upset the other players at the table.

The simple problem is that they won’t know whether we are talking about the weather or how to cheat the rest of the table through collusion. This ruling also applies to online environments (although we’d have to be pretty stupid to discuss collusion in the chatbox in any language). In any event, it runs the risk of upsetting the other players.

Despite what we see in movies, it is against the rules to bet more than what is in the current effective stack. In other words, if we have $300 in our stack, the maximum wager amount for our hand is $300.