Learn what a string bet is in poker, why it’s an illegal move to use at the poker table, and how to avoid being negatively affected by string betting. 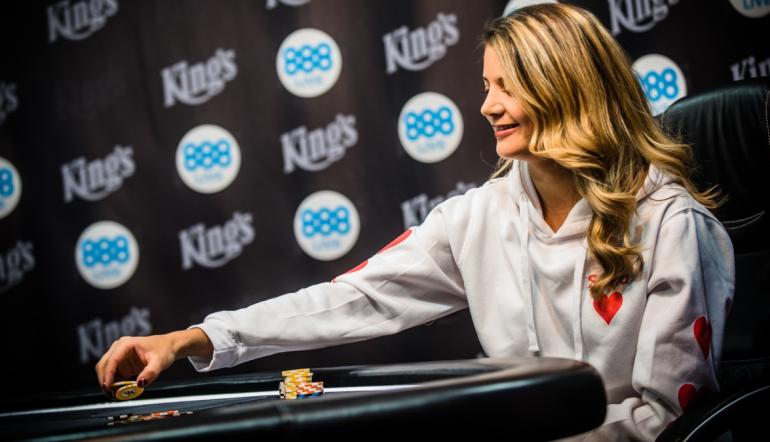 Live poker can be slightly more complicated than online poker in terms of knowing and following the correct rules for table conduct - for example, how to bet correctly.

While in online gameplay, the click of a button puts your money into the pot, live play requires some additional knowledge of rules and etiquette for how players should conduct themselves at the table (when betting, when in a hand, when not in a hand, etc.).

These rules are enforced so that gameplay can follow a standard, systematic, and fair approach that protects players in a hand from being exploited in one way or another from another player’s actions.

A string bet is one example of an action (or type of bet) that is prohibited at the poker table.

Read on to find out what a string bet is, why it’s illegal, how to avoid doing it in your live game, and more!

What Is a String Bet?

Betting is permissible on any street of action for all poker variants (in accordance with the rules of the game). However, in live poker, it isn’t just about the amount of money you put into the middle, but also how you put it into the middle.

A “string bet” is an illegal type of bet in live poker. It refers to a bet or raise in which the player does not put all his or her desired amount of chips into the pot in one motion, and does so, instead, in multiple motions.

To help illustrate what a string bet is, let’s say you’re playing in your local casino’s $1/$2 live poker game. You’re involved in a hand with one other player where the pot is $200 on the river, and it’s your turn to act. You have two “standard stacks” remaining (20 x $5 chips, totalling $100 in each stack). You decide to bet big with your hand and slide each remaining stack of $100 into the pot, one after the other, betting $200 and going all-in in the process. However, the method you used to put your chips into the middle (one stack at a time and not both at the same time) is illegal and is an example of a string bet.

In this instance, the bet that would stand would only be $100 – the amount of chips you put into the pot during your FIRST forward motion of moving chips. 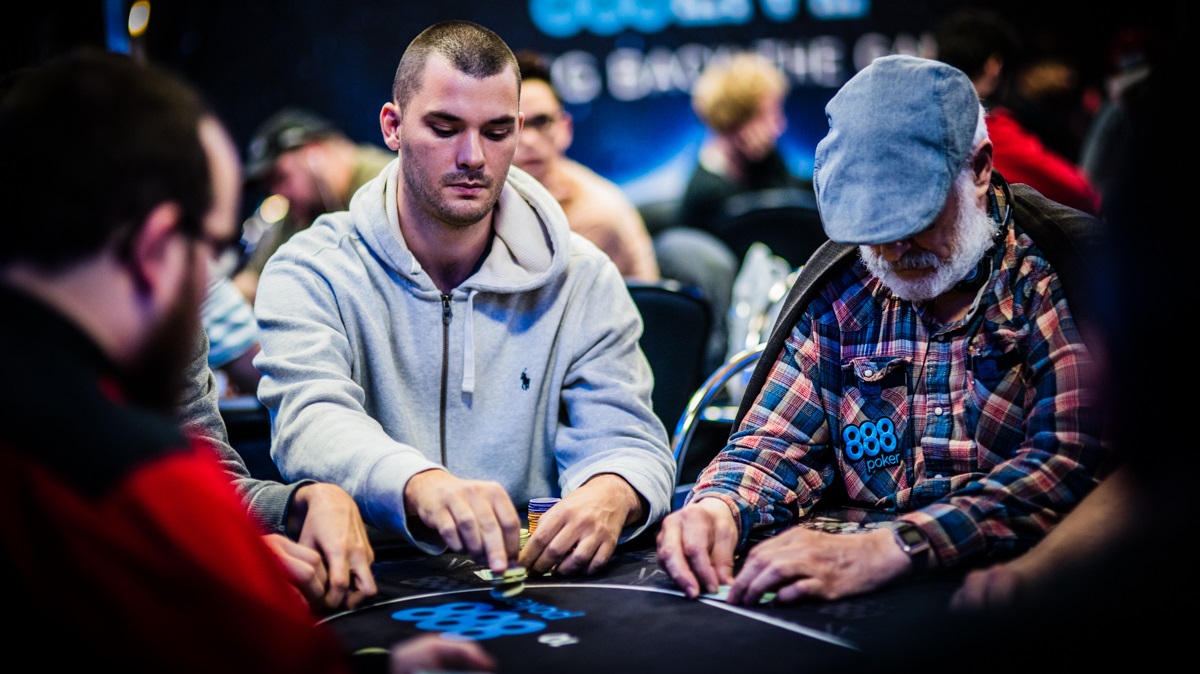 There are many different forms of string betting:

The following examples will be penalised in most casinos. However, some cardrooms will have a leniency towards them. When in doubt, always apply one singular forward motion with your bets to ensure you won’t be penalised, and include the following as well into your general “do not do” list.

The One Action to Eliminate All String Bets

If you never want to be caught (even accidentally) making a string bet, there is one fail-safe way to ensure you won’t be penalised somehow:

Verbally declare the amount of money you wish you bet or raise!

If you say, “Bet $22,” or even just, “$22,” then that action is binding, and you now must ultimately put $22 into the pot. However, because you verbally declared the amount of your bet beforehand, you can make as many back-and-forth motions as you please when placing your chips into the middle.

If you only declare “raise”, and continue to put out calling chips, then your betting action is not complete. Be sure that when you continue to place the remaining raise into the pot, you either verbally declare the ultimate amount of your raise first, or put all your raising chips forward afterward in one, smooth forward motion.

In summary, any rules regarding string betting are superseded by any verbal declaration of a bet or raise amount made beforehand. As a result, if you’re the type of poker player who doesn’t like to talk at the poker table, be sure to know exactly how you want to place your desired amount of chips into the middle beforehand (all in one smooth motion).

Below are some more tips you can follow regarding string betting: 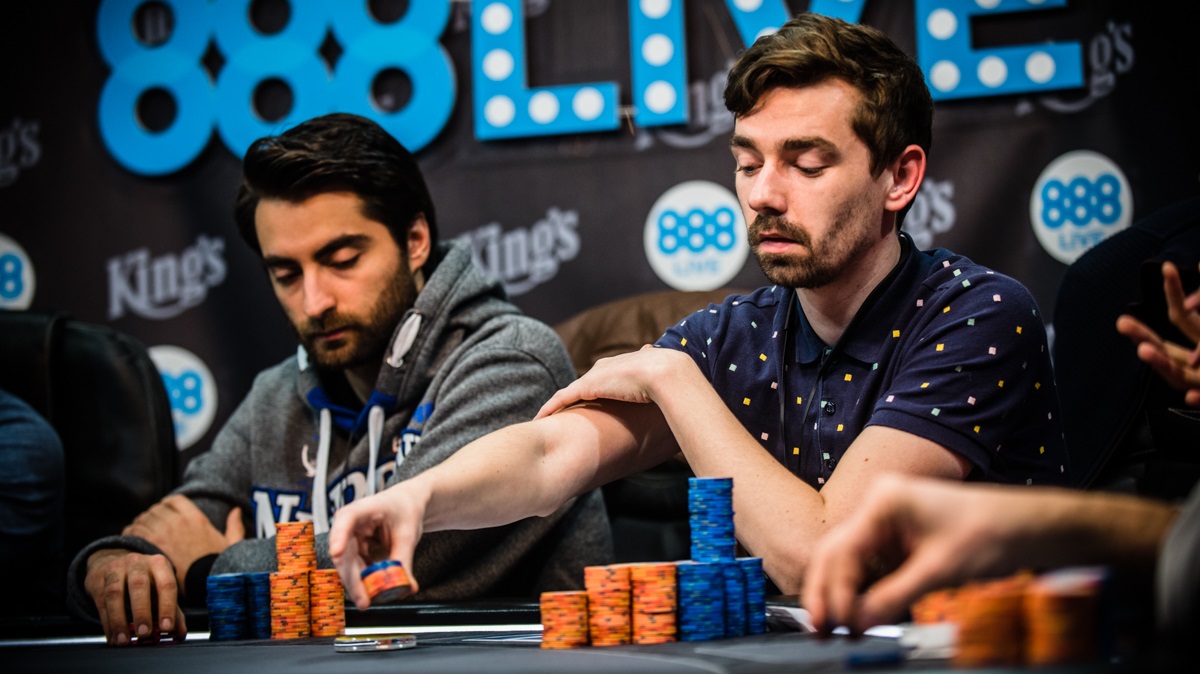 String Betting Tips (What to Do / What to Avoid)

Why Is a String Bet Illegal?

S betting is illegal because by doing it, it is possible for the bettor/raiser to gain information about their opponent’s hand strength unfairly. By looking at them when they are placing out their chips, they can gauge their opponents’ subsequent reactions as they continue to put more chips into the middle using multiple forward motions.

The rules regarding string betting have been put into place to protect all players from being exploited.

1) Teddy KGB in the Final Hand in “Rounders”:

Question 1: What is a string bet in poker?

A string bet is where a player breaks his betting or raising decision into two actions whether intentionally or unintentionally. Only the first action will be valid in such an instance. For example, if a player has two piles of chips and he wants to bet, both must be placed into the center of the table at the same time, or the amount of the bet verbally declared beforehand.

Question 2: Why are string bets illegal in poker?

String bets are illegal due to their potential for use as a form of angle-shooting; in particular to get more information out of opponents. For example, a player could make an initial bet and quickly choose to raise the size of that bet based on his opponent’s reaction. However, due to the rules on string betting, that initial bet would now have to stand.

Question 3: What is a verbal string bet in poker?

A verbal string bet is any vocalization by a poker player that illegally splits his decision into more than one action. For example “I call your bet and raise you another $100”. In this example, the first announcement (to call) would be binding, and the raise declared invalid.

Question 4: How can we avoid string betting in poker?

Inexperienced poker players may accidentally string bet, simply because they are not good at handling their chips. Announcing every decision vocally beforehand gives us the space to put our chips into the middle in whichever way we find easiest.

Question 5: What should you do if your opponent string bets in poker?

This is probably not a big deal in a play money home game against friends, we could even choose to ignore it and move on. In a real money casino setting, string betting should be taken more seriously – the dealer (or in some cases the floorman) should be alerted if we believe there is potentially cheating taking place.