Pocket deuces( a pair of two’s) can be tricky to play. Although ranked better than AK, they’re the weakest of the 13 possible pocket pairs. Find out how to play them right. 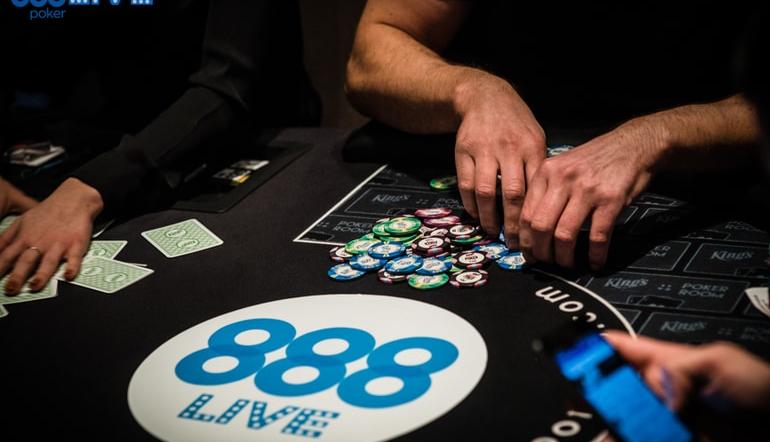 Pocket deuces (AKA ducks) in poker means a pair of two’s. It can be tricky to play. On the one hand, they’re technically better than hands like ace-king. But, on the other, they’re both the weakest of the 13 possible pocket pairs and only a coinflip against over-cards.

In other words, they’re dominated and whenever they’re not, you’re about 50/50 to win.

How to properly play pocket deuces is subjective. The following factors play a significant role:

As such, outlined below are general tips on how to play pocket deuces. Understand that the advice can fluctuate based upon the above factors.

Pocket deuces tend to be easier to play in cash games. That’s because you can simply decide how to play them. If things go awry, you can reload and continue. As such, some players will be more willing to play the ducks hoping to invest a little to win a lot.

In tournament play, say you get frisky with deuces, and things go bad. It can cost you your tournament life. Unless there’s a re-entry option, that means your day is done.

For that reason, tournament players don’t tend to go too crazy with pocket deuces. Most players will open with a raise. But if there’s prior action, it’s not uncommon to see players simply fold ducks. (Some aggressive players may opt for a three-bet, but it’s rare).

The point is this –

For most players, pocket deuces are good for only one thing – trying to flop a set. They either limp or get in cheap, hoping to spike a third deuce on the flop.

When it happens, the deuces tend to be well disguised. They have the potential to win a big pot.

For instance, let’s say two players limp, and another raises 2.5x from the cutoff.

You look down at the 2♦2♣ on the button and decide to call, hoping that the two limpers will come along.

You’ve flopped a set of deuces with two big cards on board. Chances are one of your three opponents holds either an ace or queen, meaning they’re likely to put chips in the pot.

The above example is a dream situation when holding pocket deuces. The harsh reality is that it’s hard to flop a set.

That means 88% of the time you’re going to miss. In the above hand, let’s pretend the 2♥ was instead the 3♥. Now your hand is trash as you have the lowest possible pair. It’s likely your opponents have either the ace or queen. If they bet, you have little choice but to fold.

That’s why it’s essential to be selective when set mining. Most of the times, when you miss, the chips you’ve invested are going to disappear.

Ask yourself if you’re likely to get paid big whenever you do flop a set.

If yes, then it may be worth investing, But if not, let the deuces go.

Leveraging applies to both cash games and tournaments. But it is usually more effective when playing the latter. Basically, the move is to make your small pocket pair appear much more powerful. That’s pretty vague.

So, let’s look at a real example from a $1,100 buy-in mid-major tournament to demonstrate the point.

He was sitting on a stack of around 45,000, so it was a precarious spot. Like many players, he opted to only call, maybe hoping to set mine.

As it happened, another player limped before poker pro Kane Kalas raised all-in for 14,000.

The action folded back to Ghanem. This spot is where he was able to leverage the situation, based on the following two factors:

But to get there, he needed to ensure the limper folded.

Often, limping under the gun is a sign of strength where players play coy. They’re hoping someone behind them raises so they can spring to life with a limp-raise.

Players tend to do this with powerful hands, which pocket deuces are not. Still, the other players didn’t know that. So Ghanem saw an opportunity.

He promptly moved all-in over the top. This move signified strength and encouraged the limper to fold. As fate would have it, Kalas did have a big ace, the A♠K♥.

You don’t always want to go to war holding pocket deuces. But if the battlefield favours you, fire away!

Those were the famous words of the late Paul “X-22” Magriel, who passed away in 2018 at the age of 71. A world champion backgammon player, Magriel was also an accomplished poker player.

You may think his “X-22” nickname came from playing pocket deuces. It, in fact, came from a backgammon tournament.

"I used to play backgammon against myself, and once I had a private tournament with 64 imaginary entrants, whom I designated X-l, X-2, and so forth, through X-64," he explained in an article in The New Yorker. "In the final, X-22 was pitted against X-34, and X-22 won."

Despite that, Magriel is actually remembered by poker fans for his “quack, quack” catchphrase. This nickname was reminiscent of his favourite poker hand – pocket ducks.

Whenever he’d win with them, which he once famously did on an ESPN broadcast of the WSOP, he’d utter those two little words.

Want to honour a legend of the game?

Our last advice to you on how to play pocket deuces is to give a “quack, quack” cheer every time you win!