What is Under the Gun in Poker?

Under the Gun means “first to act on the first betting round”. It’s typically used to designate the early positions at a poker table, but it can be used to describe any player who is first to act, regardless of their exact position. In other words, on a three handed Hold’em table, the button could also be described as “under the gun”. 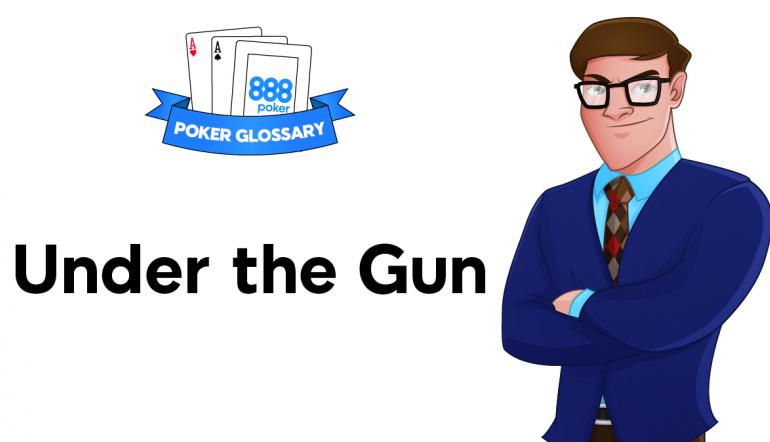 Explanation of Under the Gun

“Under the Gun” or “UTG” for short, describes the position at the table which acts first on the initial betting round. While it may be used for other formats, it is most commonly used to describe poker variants with a dealer button.

Example of Under the Gun used in a sentence -> A very tight range of starting hands is required if we expect to play profitably from under the gun on a full ring table.

UTG is generally considered the worst position at the table. We are forced to act without having any indication on the types of hands the players behind us might have. In addition, we will frequently be out of position on the later streets when we get action. It’s hence usually correct to enter the pot with a tight and strong range.

Of course, the exact strength of the range will depend on how many players are at the table. The more players seated, the worse the UTG position gets, and the tighter the range of hands it will be correct to play.