Open-Face Chinese Poker, commonly referred to as OFC, is a variant of Chinese Poker. Find out how to play this recent popular entry into the online poker world! 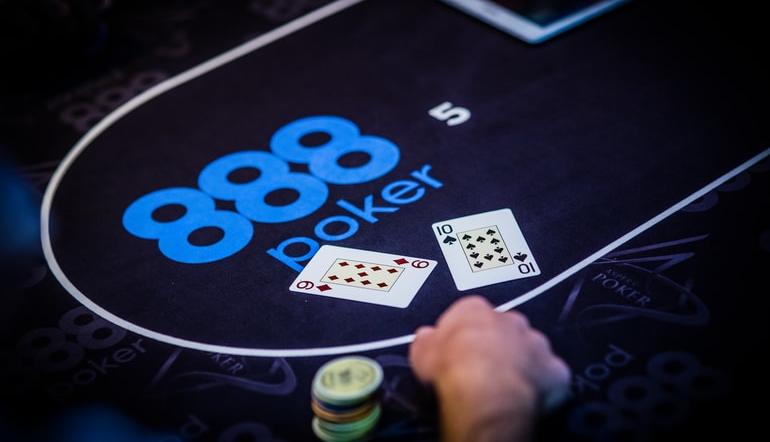 Open-Face Chinese Poker, commonly referred to as OFC, is a variant of Chinese Poker. It’s so popular that OFC has largely surpassed regular “closed face” Chinese Poker as the preferred game. This scenario is similar to how No-Limit Hold’em evolved from and largely replaced Limit Hold’em.

But, unlike Hold’em, Open-Face Chinese Poker doesn’t use betting rounds. The only similarity it has to Hold’em and other poker games is that it uses the standard poker hand rankings.

That said, the game is a lot of fun and a favourite among players. Continue reading to learn everything you need to know about Open-Face Chinese Poker.

How to Play Open-Face Chinese Poker

OFC can be played with either two, three or four players.

Once a card is placed, it cannot be moved. After a player has set their hand, the next player does the same. From there, each player takes a turn. They receive one card at a time and then place that card in a row of their choosing.

This process will occur eight times for each player until everyone has a 13-card hand-set.

There is neither betting nor raising in Open-Face Chinese Poker. Instead, players compete for points, which are awarded after all hands are set.

Once all hands are set, each player compares their hand to the competition.

If a player wins all three, they “scoop” and are awarded a three-point bonus.

Also, players can earn bonuses (AKA Royalties) for strong hands.

If a player fouls, their hand is forfeit. They will automatically lose at least six points (possibly more depending on royalties). If all players foul, no points are won or lost on that hand.

The goal is to have the best hand in each row in relation to your opponent(s). You win points from each opponent for each row you win.

Given straights and flushes aren’t possible up top, the best possible hand there is three aces. In the middle and bottom/back, all five-card hands are in play.

If a player makes a strong enough hand in any row, they are eligible for bonus points.

If two players wind up with the same bonus, they cancel each other out.

For instance, say Player A has a Kings-over-Sevens full house in the back. Player B has a Tens-over-Nines full house. Both players earn a six-point bonus.

But, given Player A has the bigger boat, they win the bottom row for three points.

Player B also gets the 6-point bonus, meaning those essentially cancel each other out for only a three-point swing.

The Nirvana of Fantasyland

Whenever a player makes a pair of queens or better up top without fouling, they go to what’s called “Fantasyland”. This hand has a special bonus that takes place without the button moving position.

When a player enters “Fantasyland”, they receive all 13 cards at once. They set them in secret while the other player(s) play out their hand as usual.

Once all hands are set, the player(s) in Fantasyland turn(s) over their cards. More than one player can enter Fantasyland as long as each hand meets the requirement.

Being in Fantasyland is the place to be as it generally results in big points. You get the benefit of seeing all your cards at once instead of just one each turn. You can set your hand in such a way that it maximises its potential. As long you’re paying attention, it’s also impossible to foul.

Once in Fantasyland, you’ll want to try to stay there. You can do this by making any of the following hands without fouling:

Being or staying in Fantasyland is considered a continuation of the prior hand. The button does not move. Other players are either discouraged or prohibited from quitting while their opponent is in Fantasyland. (It’s extremely poor etiquette.)

You can stay in Fantasyland for as long as your big hands allow!

The foundation for any OFC strategy is not to foul. If you do that, you lose automatically. Playing a strategy of merely trying never to foul won’t get you very far in OFC. Taking calculated risks is necessary if you hope to beat your opponent.

Say a hand is playing out in such a way that you’re not going to foul but are unlikely to beat your opponent in any row. You may want to take a risk, as losing all three rows and getting scooped is the same as fouling. (You’re going to lose the same number of points.)

For example, let’s say your opponent is showing a pair of kings up top, two pair in the middle and a flush in the back.

On your next turn, you draw an ace. What should you do?

If you were playing not to set, you wouldn’t play it up top because you’d pair the ace. This move would make for a better hand than both the middle and top rows.

You’d be on the fast track to fouling.

In this instance, your opponent already has a strong hand So, here is a spot to shoot the moon, so to speak.

To give yourself a chance to win, you must place the ace up top. You hope the next two draws give you cards that’ll improve the middle and bottom, perhaps to two pair or trips.

For example, if you’re dealt A♦A♠K♥K♣Q♦, it’d make sense to set the two aces in the back/bottom row. These beat the kings if you put them in the middle, which, in turn, would beat queens up top if you catch another lady.

That play would put you in Fantasyland with little risk.

Of course, most hands aren’t so easy and will present more risk when playing for Fantasyland.

Q: What’s the difference between OFC and Pineapple OFC?

Q: Who are the best OFC players in the world?

A: Jason Mercier, Shaun Deeb, Phil Hellmuth, and Gus Hansen are some of the well-known poker pros considered among the best OFC players.

Q: When, where and how did OFC originate?

A: The game dates back to 2012, when it rose to prominence in Finland. (Despite its name, China is not its country of origin.) From there, the game received exposure in magazines and forums, Then pros, like Jason Mercier, picked it up and increased its exposure.

Q: Has there ever been an OFC event at the World Series of Poker?

A: No. There have been four WSOP gold bracelets awarded in regular Chinese poker back in the mid-1990s.But there has never been an OFC variant.

Q: What is a blocker?

A: The cards revealed in all hands could be blockers for either you or your opponent(s). For example, say you are looking to complete a heart flush draw. Your opponent is showing four hearts. They are blocking your outs, and so decreasing your odds.

Open-Face Chinese Poker (OFC) is one of the most popular games in the poker world. It’s particularly the game of choice when there are only 2-4 players available.

There’s skill involved in both setting your hand and knowing where to place subsequent cards. Other than that, you don’t need to know when to raise, bluff, or fold. None of that exists in OFC.

Like in most sporting events, score points in OFC, and you’ll win the game!