Seeing a professional joining your table can be daunting, but how should you react? These ten tips can help you handle the situation as coolly as possible. 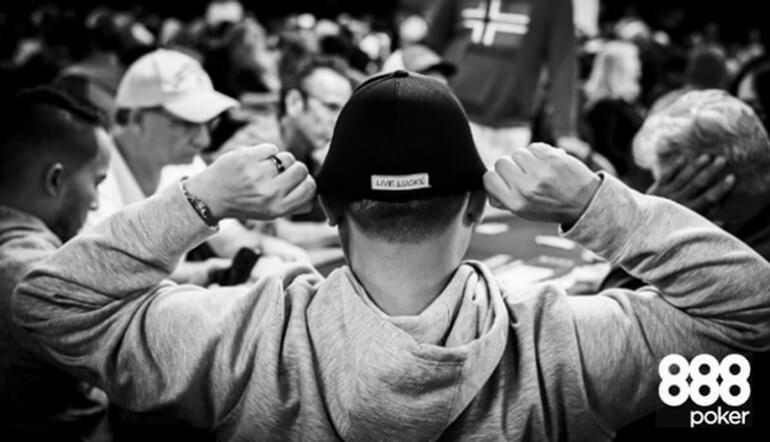 It can be intimidating to be seated at a poker table with pro players next to you. But should you play differently? How should you react?

In this episode below of Ask a Poker Pro, 888poker Ambassadors give their advice for recs who find themselves up against pro players.

Here are 10 tips to help you handle the situation as coolly as possible.

1: There’s No Need to Feel Intimidated

The first thing to remember when a pro sits at your table is that they’re just another human being. Like you, they have real-life issues, a favourite song, and even go to the loo! It also means they’re going to make poker mistakes too.

We focus so much on improving our strategies. So, it’s easy to forget that poker is as much about minimising your mistakes as anything else. Winning relies on you making fewer blunders than your opposition. So, pros at all levels make a living because they are playing against people who make more (or bigger) screw-ups than they do. 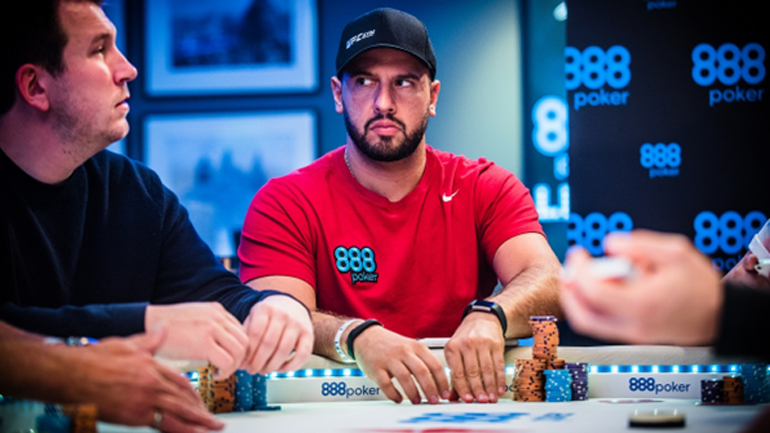 The key to holding your own against a pro is to play as carefully as possible to reduce your number of mistakes. In this way, you will minimise any damage if they do have an edge.

This course of action is far easier said than done, of course. When you do have a brain fart (‘when’ not ‘if’), try not to dwell on it. Remember, it happens to the best of us, and poker isn’t like goalkeeping.

Your opponents won’t always capitalise on your mistake. And even if they do, giving away a single goal won’t necessarily lose you the game.

A study by Brigham Young University (among countless others) highlighted:

‘Stress can result in poor concentration and memory because our minds are too worked up to focus.’

This kind of brain fog is a handicap at the best of times. But it can be crippling when trying to battle superior opposition at the poker tables – you’ll make more mistakes than usual.

Poker requires many skills. The ability to remain calm and think clearly under pressure is among the most important. If you’re feeling particularly anxious in pots against a professional, try to find ways to calm down. 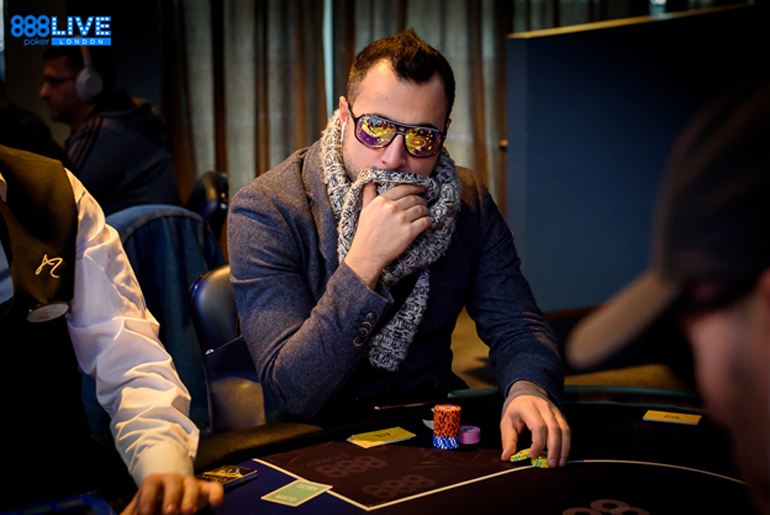 The song ‘Don’t Speak’ by No Doubt is a banger, but it’s also great advice when dealing with tough players. Some people get a little starstruck when encountering a pro at the table. As a result, they might discuss strategy aloud in a subconscious bid for approval. They’re attempting to show they’re not someone to mess with.

It’s way better to say nothing and remain anonymous because this maintains the mysteriousness of your play. As a result, the pro will need to focus on your play to assess how good you are, which is way more complicated and takes much longer.

Who knows? Perhaps he’ll think you’re a fellow pro or underestimate you and make some mistakes.

If you see a pro at your table, whack on a bit of No Doubt, and follow the advice.

One of the coolest parts of poker is how it allows the elite to compete with laypeople. It’s like playing golf against Tiger Woods or football with Cristiano Ronaldo - something most sports fans can only dream of doing.

So, if you find a famous pro/legend sitting at your table, enjoy it! It can be a timely opportunity to test your mettle against solid opposition.

Who knows? You might even come away with a remarkable story. 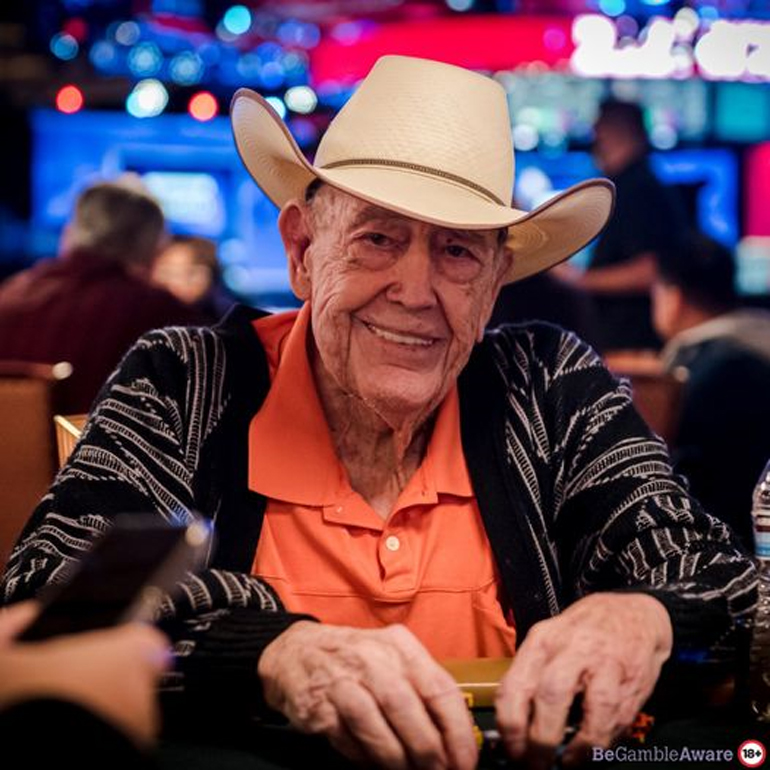 Another reason not to be intimidated by pro players is that the term ‘professional’ can be a misleading gauge of ability. Some professionals specialise in specific poker formats. Many casual or recreational players play better than some professionals.

Let’s say you’re shown two players. One is a strong player with a skill level of 7 out of 10. The other is a weaker player, around a 5. You’re told that one of them is a professional and asked to guess who it is. Who’s your money on?

You’d probably (sensibly) conclude that the better player was the pro. But this is not necessarily the case.

A lot of it comes down to the kinds of games that the two players play. If the 7/10 spends most of their time battling other 7s or 8s, they will have a tough time making a living from poker. A 5/10 could easily play professionally if they always sit at games riddled with 2s or 3s.

There are few things more certain in poker than the idea that you’ll get chewed up in the long term, if you’re always sitting with better players. In reality, there are sure to be many potential professionals that never make it. Ego or poor self-awareness causes them to play games they can’t beat.

6: You Can Avoid Playing Professionals

The quality of your opposition is crucial. So, a reasonable adjustment to make when encountering strong professional players is to avoid playing pots with them. It’s pretty easy to dodge one or two pros at your table.

But it’s worth remembering that nothing’s stopping you getting up and moving tables entirely. If you’re in a bad seat, or a particularly tough cash game – move!

Leaving allows you to break even, which is way better than losing in a -EV game. 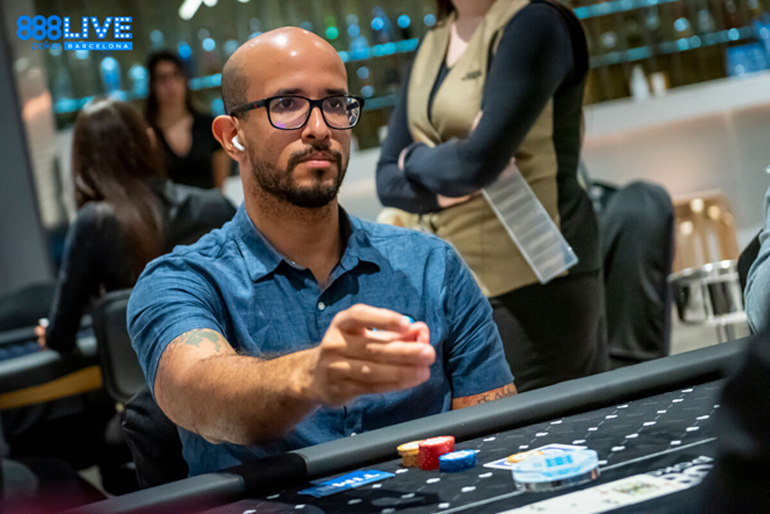 It’s a lot tougher to avoid professionals in MTTs, of course. But thankfully, your time at the table together is often very short, especially in big fields.

Moreover, the elimination and stack dynamics in tournaments can often limit the damage that a pro can do.

7: Have a Strong Range

Have you ever heard of ‘bringing a knife to a gunfight’? Well, there’s a way to employ a similar, but inverse, idea when encountering professional players. It involves a little tweaking of your preflop ranges. Try to minimise the number of weak and marginal hands you enter a pot with against the professional.

This preflop adjustment translates to stronger flop ranges, allowing you to fight the pro with a gun instead of a knife more often.

Stronger ranges flop better hands, making life easier as you go through the rest of the hand. It also reduces your number of marginal situations, which is where a pro would typically have an advantage. (Your decisions are more straightforward with both very good and very bad hands.)

8: Stick To What You Know

Many people think they must change how they play to compete with a professional player. Often, they start copying the outrageous moves they’ve seen on a TV or poker stream highlight reel. There are a couple of issues with this approach, though:

Poker is all about making fewer mistakes than your opponent. You’ll make far fewer if you stick to the kinds of strategies you know.

Think of the first time you did anything. You were pretty awful, right? The first time you used a fork, you probably ended up with spaghetti on your face, the walls or even the cat. But over time, you perfected your skills and learned to scoop and twist that spaghetti into delicious mouthfuls.

The same is true of your poker strategy. During your time at the tables, you’ve inadvertently built a poker game that includes strategies you understand. Even if they’re not the most advanced, they will have become second nature to you, enabling you to execute them comfortably.

A strong player might know how to exploit this strategy. But they’re unlikely to build a strong enough read on your game from one or two sessions. And even if they get a little suspicious, they’re even less likely to make significant adjustments with such a small sample.

For this reason, it’s way better to ‘play your own game’ and stick to your style of poker. If you move too far away from the strategies you’re used to, you’ll probably make mistakes and lose money as a consequence.

9: Don’t Try to Outplay Them for No Reason

Remember that scene in Rounders where Mike goes after Johnny Chan?

The one where he says:

Many people have this kind of ‘screw it, I want to beat this guy’ moment when encountering a professional at the table (especially if they’re famous). But it’s important not to be this guy.

Remember, emotional control is one of the areas a professional will have an edge. So, it’s essential to remain as stoic as possible. You might feel the tingle of a temptation to outplay them. But it’s crucial to realise that these sentiments stem from ego and can make you easier to beat.

In Rounders, Mike acts without logic against Chan. It’s purely an emotional act of ego. And although it works out, the result doesn’t prove much at all. Mike naively concludes that this hand shows he can battle with the best in the world. But it’s impossible to gauge your skills based on one hand.

Bluffing a pro might feel good, but you’ll succeed more if you control your emotions and let logic govern your plays.

With that said, if having an ‘I bluffed X’ brag to impress your friends is more important than money, you might as well go for it.

Remember, you’re set to lose money against better players in the long term. So, sitting at a table where you’re –EV is like paying a fee to be there. As with any expense, if you have to pay, you might as well get value. An inventive way to do this is to view the money you’re losing in EV as a tuition cost.

If you decide to stay in a game with a lot of strong or professional players, it’s probably costing you money. So, shut down Instagram and pay attention to what the better players are doing.

Sure, it’s a little audacious. But if you’re tactful (and perhaps toss in a compliment or two), pros might be happy to kill a little time discussing some of the hands you played together.

If they turn out to be chatty, get them to reveal the motivation behind their plays instead of just their hand. This info will help you apply the concepts and improve your own game.

Playing pro can be a unique blend of scary, exciting and emotional. If you choose to rise to the challenge, embrace the moment and play your best.

Hopefully, the poker gods will be on your side. Good luck! 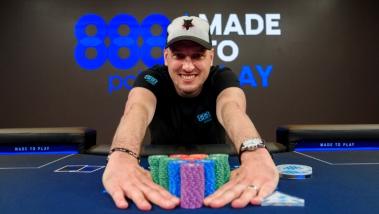