Talk it Out: Using Verbal Poker Tells at the Tables

Poker tells, including verbal poker tells is a big part of getting reads and good decisions. Find out how to make use of player chit chat at the table 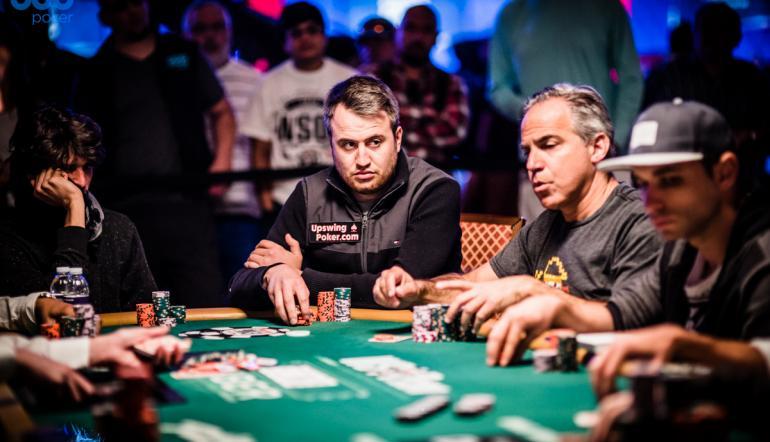 It’s a huge hand. Your opponent has made a hefty bet in the river. Calling will put your tournament life at stake. You sense he’s bluffing, but just not sure. Your two-pair seems good, but the river brought a third spade. Did he hit that flush? Does he have trips?

Then he starts talking. “I call,” you announce and soon rake a nice pot.

It’s a quandary that every poker player faces at some point. But poker tells, combined with good instincts, can be a big part of getting a read on opponents and making the right decision. And that also includes verbal poker tells, making use of the information given away when a player chit chats or discusses a hand.

Players looking to take their games to the next level are aware of how opponents’ conversations can give away the strength of their hands and other tendencies. Zach Elwood studies how human movements and verbalisations (tells) can give some insight into an opponent’s hand or play.

Elwood is the guy when it comes to real-life research on poker tells. He studies hours and hours of televised poker each year, focusing on players’ physical movements and verbal cues that might give away the strength or weakness of their hands. His two books, Exploring Poker Tells and Verbal Poker Tells, are bibles of knowledge when it comes to the subject of reading opponents. He is a long-time poker player and has served as a paid behavioural specialist for players who have made the final table of the World Series of Poker Main Event. He offers some advice on how players can use these tells to better their games.

Looking at the Big Picture

First of all, how useful can verbal poker tells be? Elwood says in general, verbal poker tells can be more valuable than non-verbal. This assumption fits with how in interrogation and interview settings, many people would agree that analysing statements is much more meaningful than analysing physical behaviour, which can often be ambiguous.

Through his research, Elwood has found that most players seem to follow similar patterns when it comes to verbalisation during a game. In games that are very talkative or with certain chatty players, he says, an understanding of verbal tells can be a huge boost to win rate. This fact especially applies to cash games.

“Obviously it will vary, as with more serious tournaments verbal tells can be pretty non-existent,” Elwood says. “Whereas cash games are generally more verbally loose and relaxed, leading to more chances to spot verbal stuff.”

So, what are some common verbal tells players should keep in mind? One of the biggest patterns is the “weak-hand statement” from bettors. Most "weak-hand statements" made by bettors represents strength and relaxation. Some of these can be quite indirect or subtle. For example, a player bets on the river and says, "I knew you didn't have anything." His statement weakens his opponent's range, which indirectly weakens his own range. He is essentially saying, "I knew you didn't have anything. Therefore, I didn't need much of a hand to make this bet."

“A good amount of the patterns in my book are various iterations of that general pattern,” he says. “Once you key into how rare it is for bluffers to make weak-hand statements, which weaken their range, you can be much more confident folding to pretty obvious relaxed statements in a lot of spots. I've got a lot of televised examples of what were very reliable indicators of a relaxed player with a strong hand, and experienced players called the bets with bluff-catchers anyway.”

Elwood points to one example from the “Big Game” with Phil Hellmuth:

“Fischman makes a lot of statements that weaken his range and direct attention away from the idea he has a strong hand,” Elwood says. “From an amateur, that's going to be very reliable tell of strength.”

Evidence of mental focus or non-focus is also a major poker tell, Elwood says. Many tells, especially early in a hand, are related to whether a player is focused or not. A recognition of both physical movements and verbal cues can often help a player accumulate some chips others might leave on the table.

“This is why a lot of early-hand ostentatious behaviour such as moving around a lot, slamming chips, talking, or staring at an opponent, tends to weaken a player's range,” Elwood says. “Players with stronger hands are more mentally alert and focused, leading them to be more still and quiet. A lot of verbal stuff early in a hand, like a player joking around as the flop comes out, where someone doesn't seem very focused will tend to make the strongest hands unlikely.”

One things to note about these types of situations: these verbal patterns of attention are related to the smaller pots. Players with nice hands don't want to scare away other players’ action when they haven't been assured a decent-sized pot yet. These ideas of focus and behaviour change, Elwood says, once a nice pot has been built and their hand and eventual win seems more certain.

“Later in a hand, when the pot is pretty large, players with strong hands are assured of a good win, and they have less to think about because the hand is close to being over,” he says. “So, these factors lead to sort of a reversal, making ostentatious behaviour like talking a lot and more movement later in a hand more associated with relaxation. This is just a glimpse of how important situation is to how you interpret a behaviour.”

In other words, if a player is betting big later in a hand and seems easy-going and even a bit talkative, it might be time to send your hand to the muck.

Recognising how players vocalise the strength of their hands during important situations can help know when to bet and raise opponents. One common situation in lower-stakes games happens when a player makes a comment about the flop, Elwood says, which can reveal some information about his holdings.

For example, Player X raises before the flop and two others call. The flop comes out 5-5-10. Player X then says, "Ha, we just had two fives last flop."

“This kind of behaviour will influence me, if I'm weak, to bet into this preflop raiser, or

When it comes to their own games, players might think it’s good to just shut up at the tables. Elwood says this would be a mistake. Those who know how verbal poker tells can be read are much more likely to draw information out of other players by engaging in conversation.

“It's great to have fun and talk during a hand,” he says. “I try to do it, and I think it should be encouraged. I don't want to prevent people from talking, as I think it adds a lot of fun, and prevents games from seeming too serious. I also think there's a benefit to getting people to talk more by talking yourself, as it creates more opportunities to read people and extract information.”

After studying Laak while writing his book “Verbal Poker Tells,” Elwood notes that the Unabomber does these two things well to conceal the strength of his hand despite being a regular conversationalist at the table.

“I think most people, including many experienced players, would be uncomfortable talking as much as Laak has in televised spots just because they'd be afraid of

either actually giving something away, or because they'd have no idea

how an opponent would respond to their talking,” Elwood says. “So, I have always

respected Laak's willingness to be verbally tricky, even if it was just for entertainment purposes.”

Along with his two books on the subject of tells, Elwood has a video series for players looking to learn more about the subject, available at www.ReadingPokerTells.video. Player can sign up for his email list for interesting updates about televised poker hands, news about new products, and more.