Follow along as unravel the confusion of value betting your hands. Learn why and how much you should probably be value betting more on the river. 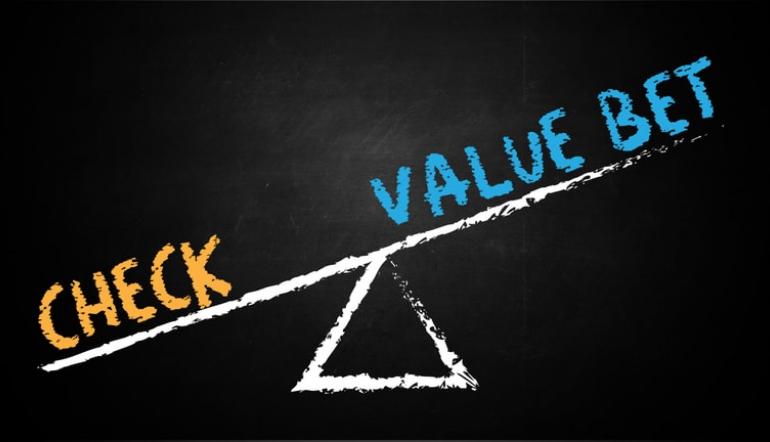 Let’s place you in a hypothetical situation. Read the following lines slowly and ask yourself the prompted questions, so you can get the full educational effect.

You are in a €55 Euro tournament. You have Ks-Jd on the button.

It is folded around to you. You raise to 2.5 big blinds. The small blind folds. The big blind calls.

It is early in the poker tournament, so you both have 80 big blinds to start the hand.

Your opponent checks to you. You bet 3.5 big blinds. He calls.

The turn is a 2c. Villain checks to you.

What do you do here?

The river is the 2d. Villain checks to you.

Do you fire again here?

Think carefully. What would you generally do in this situation? Be honest with yourself.

The correct answer is you should bet again. You can bet up to half the pot without most people paying attention.

Furthermore, even if your opponent calls with close to any two suited cards from the big blind, that will still mean they only have a flush 30% of the time. You can learn these numbers through poker calculators such as Flopzilla.

So, 70% of the time they don’t have a flush, and because of card removal and the fact many flush draws fold the turn, it’s closer to 80% of the time.

Eight out of ten times, we’re not facing a flush here.

What do they have those eight times?

Generally, pairs. The easiest hand to make in No Limit Hold’em is a pair, combining with one of the board cards.

For example, a pocket pair of sixes on this board would be six combinations. There are only six ways to make pocket sixes given all the suits. However, if you think your opponent plays A-8o, K-8o, Q-8o, J-8o, T-8o, 9-8o, 8-6o, and their suited counterparts, then your opponent has 72 combinations when it comes to a pair of eights!

When you continuation bet on any coordinated board and your opponent calls, you can start making some assumptions.

People usually fold their high cards to a continuation bet, so you know your opponent often has at least a pair.

It’s hard for your opponent to have a pocket pair combo-wise, so if they do have a pair, it likely correlates with one of the cards on the board.

It’s difficult for your opponent to have better than one pair. Eights and Sevens on this board, for example, would be nine combinations, if we think our opponent is calling with 8-7o and 8-7s preflop.

Furthermore, when our opponent flats us on a flop with a flush draw, it becomes less likely they have a solid hand. Many players are afraid of a flush beating their strong hand and causing them to lose a ton of chips with an excellent second-best hand. So, they play their two pair and set combinations fast.

Finally, our opponent could have flush draws, but that’s not that many combinations either.

You’re right. That is a number of hands…

…but it’s not many combinations.

There is only one way to make A-3 of diamonds. One. So, that’s only one combo.

All those hands you listed, that’s seven combinations.

Forgive me for getting so into the nitty-gritty of combination counting, but I wish someone had taught me this a long time ago.

This is a long-winded way of establishing a few factors:

If you looked at this hand and decided to check turn or river, I think you could be making much more money at poker.

The good news is, value betting tends to be easy, if we follow the steps, we just described above.

We isolate big ranges and value bet against them. Someone opens too many hands? We can three-bet them to something small, so we can have that braod range to ourselves. Someone calls from the big blind too often? We can raise bigger preflop to get them to ourselves.

The thing is, in that hand I just described, you are beating the vast majority of kings in his range. Most people don’t even fold K-3o now to a button raise when they’re that deep.

You’ll also frequently get called by eights and even some sevens.

That’s hundreds of combinations and a lot of calling!

Let’s say you bet 12 big blinds on the river.

While that might not seem like much, 12 big blinds are tough to attain in No Limit Hold’em. Aces, for example, makes about 9-10 big blinds on average.

If you check back on that river, it’s akin to open mucking a premium hand!

Of course, on occasion, you will value bet and run into K-Q. These things happen.

Every great player in the world accidentally value bets the second-best hand on occasion. That’s what makes them champions! They’re not waiting to win their flips. They’re creating their own luck! They’re padding their own stacks for when the eventual flip comes!

What great players don’t do is wait for cards to hit them. When you’re waiting to catch a hand that’s called gambling. Gambling is just fine, but that means you’re playing glorified blackjack.

“But what if my opponent thinks I’m value betting thinly and tries to bluff me?”

Good question! The truth is, that does happen on occasion! However, it doesn’t happen as much as you think.

Most of the time, when people call twice, they have some kind of hand. A pair. A draw. Most likely a pair.

Many players do not even consider raising a pair as a bluff on the river. They think they either have to bluff catch or they have to fold.

You know this for a fact. Think of the last time you went to the cardroom. What did everybody do on the river when they faced a bet? They hemmed and hawed, right? That shows they’re not even thinking of turning their pair into a bluff!

You can’t blame them. That’s one of the hardest moves in No Limit Hold’em to pull off.

At higher stakes games, guys will know how to do that. At a €55 Euro tournament, you’ll generally be safe.

How to Become a Better Player

Make a resolution this week: Value bet more rivers. Try to do it against big blind flatters when you’re heads-up because that tends to be the safest time to do it.

Try to value bet your top pairs for three streets. If they raise you on the river, trust that they have it.

Good luck to all of you. 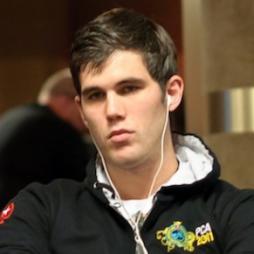 Alexander Fitzgerald is a professional poker player that has able to accrue more than $3,500,000+ in tournament earnings around the world. He is described by many as the most important tournament coach in the world.
Related Content